A Colorado ballot measure to reintroduce the gray wolf to Western Colorado is one of many state ballot initiatives critical to food and ag policy voters who are considering how to mark their ballots this year.

If passed, the Colorado measure – Proposition 114 on the ballot – would be the first citizen initiative in history to introduce a species, but opponents fear the damage wolves could do to local livestock herds and wildlife populations in the area.

Proposition 114 would require the Colorado Parks and Wildlife commission to develop a plan to reintroduce and manage gray wolves in Colorado by Dec. 21, 2023. Proponents of the bill, like the Rocky Mountain Wolf Action Fund, see wolf reintroduction as a way to restore ecological balance to the ecosystem of western Colorado.

“We know that Colorado is a lesser place without our wolves and that restoring wolves, as we've learned from Yellowstone and central Idaho and Montana, will help to restore a critical balance of nature,” Rob Edward, the president of the Rocky Mountain Wolf Action Fund, told Agri-Pulse. 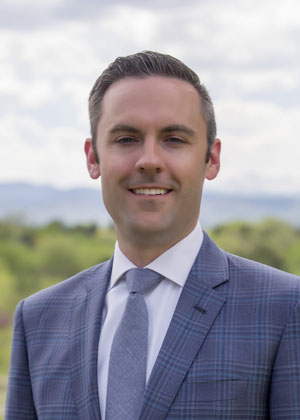 According to information from the Colorado General Assembly, the predators once roamed most of Colorado, but saw a population decline during the 19th and 20th centuries due to human activities. This measure — which has support from organizations like Sierra Club, Defenders of Wildlife, Center for Biological Diversity and the Natural Resources Defense Council — would be the latest effort to bring back the species, which has been reestablished in Idaho, Montana, Wyoming, Washington and Oregon.

Wolves have been known to prey on cattle and sheep and are seen by many producers as a threat. According to the USDA, wolves accounted for 4.9% of cattle death losses due to predators in 2015 and 1.3% of sheep death losses due to predators in 2014. Opponents like the Colorado Farm Bureau worry that if populations were to quickly rise after the wolves are introduced, it could bring more losses to producers who are already struggling.

“Exploding wolf populations in states like Wyoming, Montana and Idaho, where wolves have been introduced [are] a significant problem for ranchers in Colorado, who would be faced with not only all of the existing challenges that we currently have in the agriculture industry with regards to prices and regulation and the like, but also an exploding and frankly, unmanageable, apex predator population that is going to severely impact wildlife as well as cattle and sheep that are raised on the western slope,” Shawn Martini, the vice president of advocacy for the Colorado Farm Bureau, told Agri-Pulse.

The proposal requires the Colorado Parks and Wildlife Commission to use state funds to “fairly compensate” for livestock losses that occur, something Edward noted in addressing potential depredation concerns.

Democrats tee up debates on farm, environmental funding and policy
What does Maine's 'right to food' amendment mean for ag? The courts will decide
Cover crops as cash crops: Farmers angle to profit off the practice

“Wolves are not going to put any individual rancher out of business,” he said. “Certainly it hurts if their prized line has an animal taken out of it or something, but we believe that there are tradeoffs to be made in any sort of economic endeavor and this is one where the public is willing to pony up to make things OK and make those ranchers whole for that loss.”

Several agricultural organizations including the Rocky Mountain Farmers’ Union, the Colorado Cattlemen’s Association, and the Colorado Wool Growers Association are opposing the ballot measure, and a Stop The Wolf Coalition has collected resolutions from 39 counties against reintroduction.

Martini says that Colorado Parks and Wildlife officials already have the ability to take action on reintroducing gray wolves, but have concluded that it is not right for Colorado at the present time. In addition, he says that the species has already been spotted in Colorado previously.

“This ballot initiative really does nothing that our parks and wildlife officials don't already have the ability to do and doesn't change the biological dynamic because the species is already here,” Martini said. “What it does is force us to spend millions of dollars and break our wildlife management process.”

Aside from Proposition 114, a number of other issues impacting food and agriculture will be on ballots across the country this year: