A likely defeat for Prop. 15, with many races still undecided

The Proposition 15 tax measure has been losing ground as ballots continue to be counted. At the time of writing, a narrow majority of “no” votes, 51%, was beating out the 48% voting in favor of the proposal for increased property taxes.

Republican David Valadao currently holds the same margin in his lead over incumbent TJ Cox to win back the San Joaquin Valley congressional seat. In a statement Wednesday, Cox called for patience as each vote is counted.

On the state side, Assemblymember Susan Eggman is maintaining a comfortable lead over her Republican opponent. Eggman, who is terming out as the Assembly Ag chair, is running for the Senate counterpart, representing a mostly urban district in Stockton. Senate Ag Chair Cathleen Galgiani held the seat until terming out as well, with a replacement committee chair yet to be named.

Asm. Chad Mayes has a wide lead in defending his seat in Riverside County. Mayes, who left the Republican party after a controversial vote to renew the cap-and-trade program, is running as an independent and fending off a Republican challenger. 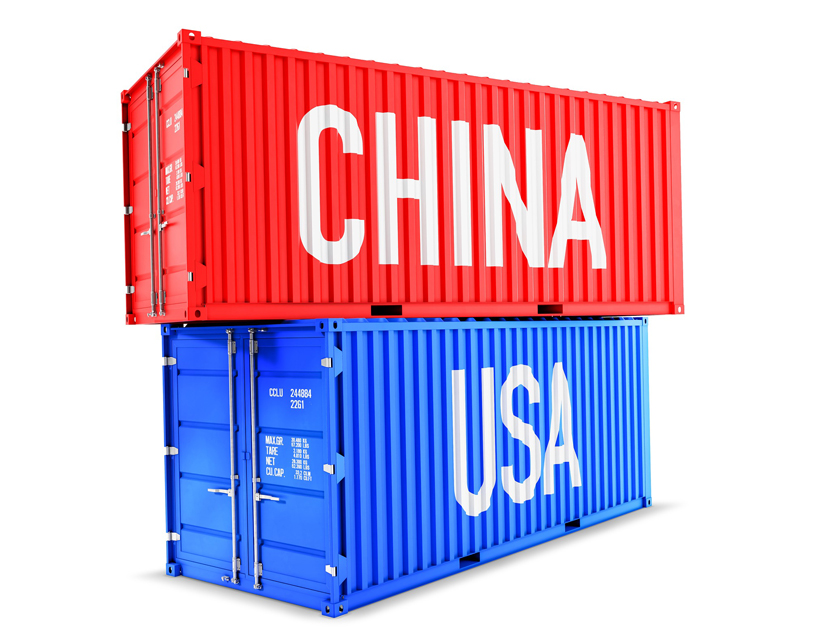 Neither Trump nor Biden bodes well for California exports

The latest Beacon Economics report shows the pandemic will be a continual drag on the California economy, along with the rest of the world, until a vaccine is in wide circulation.

September merchandise exports saw a 10% decline from the year before, with agricultural products and raw materials off by 8%. The firm attributed the numbers to the resurgent wave of COVID-19 in other parts of the U.S. and abroad.

“We will continue to face these economic headwinds until the virus is brought under control,” said Beacon Research Manager Taner Osman.

Logistical snags held up exports as well. Importers have been warehousing “an enormous surge” of inbound shipping containers rather than make them available for exporters.

Looking at the election, the report notes that a Trump victory “may only embolden his resolve to govern without constraint.” Biden, on the other hand, would “be checked by a hostile Senate and would lack a compelling mandate to initiate action on a wide range of policy fronts.” This includes improving relations with China and other trading partners and rolling out a national infrastructure program.

Preconstruction work has begun for repairing a 33-mile sag in the Friant-Kern Canal, according to the Bureau of Reclamation. The agency announced Wednesday it has completed the environmental review for the project and is ready to start.

Friant Water Authority CEO Jason Phillips heralded it as “another example of how the Trump Administration is dedicated to getting things done.”

The bureau did not mention progress on funding the canal fix, which has a price tag of roughly $400 million.

Agri-Pulse’s Phil Brasher and Spencer Chase chatted Wednesday with farm policy experts Randy Russell of the Russell Group and National Farmers Union President Rob Larew. They covered the results of the 2020 election and what they mean for rural America.

Watch the video at Agri-Pulse.com.

There are several big questions for U.S. agriculture as a result of the election, but none bigger than who will replace Collin Peterson as chairman of the House Ag Committee.

Among the names in play is Ohio Rep. Marcia Fudge, who chairs the subcommittee that oversees USDA operations and nutrition programs. One long-time ag lobbyist says the Congressional Black Caucus appears to be pushing hard on Fudge’s behalf.

Fudge, who represents heavily African-American areas in the Cleveland-Akron region, has been critical of the Trump administration’s efforts to restrict eligibility for nutrition assistance.

Other possibilities include Georgia Rep. David Scott, the committee’s most senior Democrat. California Rep. Jim Costa and Mississippi Rep. Bennie Thompson also have been mentioned. Thompson would have to give up his chairmanship of the Homeland Security Committee.

Take note: During the past two years, Peterson went out of his way to get Democrats on the committee up to speed on ag issues. That is going to wind up paying off for U.S. agriculture down the line, says National Farmers Union President Rob Larew, a longtime aide to Peterson. Larew was speaking on a post-election Agri-Pulse webinar Wednesday.

Senate Majority Leader Mitch McConnell told reporters in Kentucky he wants to pass a new stimulus bill before the end of the year, saying “partisan passions” prevented a deal before the election.

With Republicans in a strong position to retain control of the Senate and Democrats losing seats in the House, McConnell potentially has more leverage over the negotiations in the lame duck. Certainly, House Speaker Nancy Pelosi is in a weaker position than she was before the election when polls were suggesting Democrats would expand their House majority and take over the Senate.

Getting a deal still won’t be easy, and it’s not clear what ag provisions would make it into an aid package, and how Peterson’s loss could affect the talks. Peterson authored a detailed list of provisions that were included in a House-passed aid bill.

Take note: Senior ag lobbyist Randy Russell said on the Agri-Pulse webinar Wednesday that he thinks there is less than a 50-50 chance that a stimulus bill will pass before the end of the year.

His reasoning: The sharp difference between McConnell and Pelosi on how much spending is needed. Russell says he’s more optimistic that Congress will pass an omnibus spending package to keep the government funded through the rest of the 2021 fiscal year that started Oct. 1.

Vote-counting Wednesday appeared to show what had seemed apparent Tuesday night: Republicans likely will retain control of the Senate.

The biggest blow to Democratic hopes may have occurred in Maine, where Sara Gideon, speaker of the state House of Representatives, conceded to incumbent Republican Susan Collins, who had been trailing in the polls all year.

Democrats went into election day needing three seats to get to 50, which would allow Kamala Harris to break tie votes if Joe Biden became president, and four seats for an outright majority. They picked up seats in Colorado and Arizona but lost one in Alabama, leaving them hoping to pull out still-tight races in North Carolina, where Republican Sen. Thom Tillis has proclaimed victory over Cal Cunningham, or Georgia, where fellow Republican David Perdue was holding a slim lead over Jon Ossoff.

The Environmental Protection Agency is releasing ecological and human health risk assessments on 21 pesticides, including a popular but controversial herbicide approved for use on genetically engineered soybeans earlier this year.

The assessments will be posted in regulatory dockets listed in today’s Federal Register notice. They include a review of isoxaflutole, a herbicide cleared for use on soybeans resistant to it, but only in specific counties in 25 states because of endangered species concerns.

Environmental groups have criticized the agency for approving the herbicide without going through the normal notice-and-comment period, which involves seeking input in a Federal Register notice.

"The people that join with us, I will do whatever I can to help you in the following years here.” — former Gov. Jerry Brown in 2017, as he lobbied for the cap-and-trade program

On Wednesday, Brown tweeted: “Congrats to @ChadMayes, a real champion for climate action — and a politics that transcends narrow ideologies.”