A bright future for nut growers, despite rising costs in California

California continues to dominate the almond industry and is rapidly expanding pistachio production. While the overall impacts from pandemic-related shutdowns are still unknown, the state’s tree nut sector is having to adapt to a slight dip in prices, unreliable water supplies and rising competition from more business-friendly states.

“Despite headwinds, tree nuts have a great future,” said Jim Zion, who is a managing partner at Meridian Growers, a sales and marketing company for fruit and nut products.

Speaking recently at the fall meeting of the California chapter of the American Society of Farm Managers and Rural Appraisers, Zion added that factors beyond market forecasts look promising as well. A Biden presidency should ease trade tensions, and plant-based diets, along with messaging on complete proteins, should continue to boost sales.

With a record 2020 crop surpassing three billion pounds, almonds will be a major tree crop in California for the foreseeable future, according to Zion. The U.S. produces as much as 85% of the world’s supply. California is the largest grower, with nearly 1.3 million acres in production this year. Northern California saw the greatest yield increases.

“We have seen a little bit of slowing down in new plantings, which tells me that we may see a slight stabilization or dip in production,” he said.

Almond prices did drop by 30 cents a pound this year, but those prices have since begun to move up some. The low prices, however, will drive demand, which should restore prices after one or two years, Zion said.

With 70% of U.S. almond sales overseas, Zion saw hope in double-digit growth in mature markets in Western Europe and steady demand from India, the biggest market. Before the trade war and retaliatory tariffs, China had been seeing significant growth as well.

The large crop this year has been placing pressure on the California supply chain, according to Bill Morecraft, a senior vice president at Blue Diamond Almonds. He noted capacity issues with hullers and shellers, stockpile storage and bin availability. It has also led to record shipments. October was up 17% from the same time last year, rounding out a four-month record run that has amounted to a 25% increase overall this year from 2019. 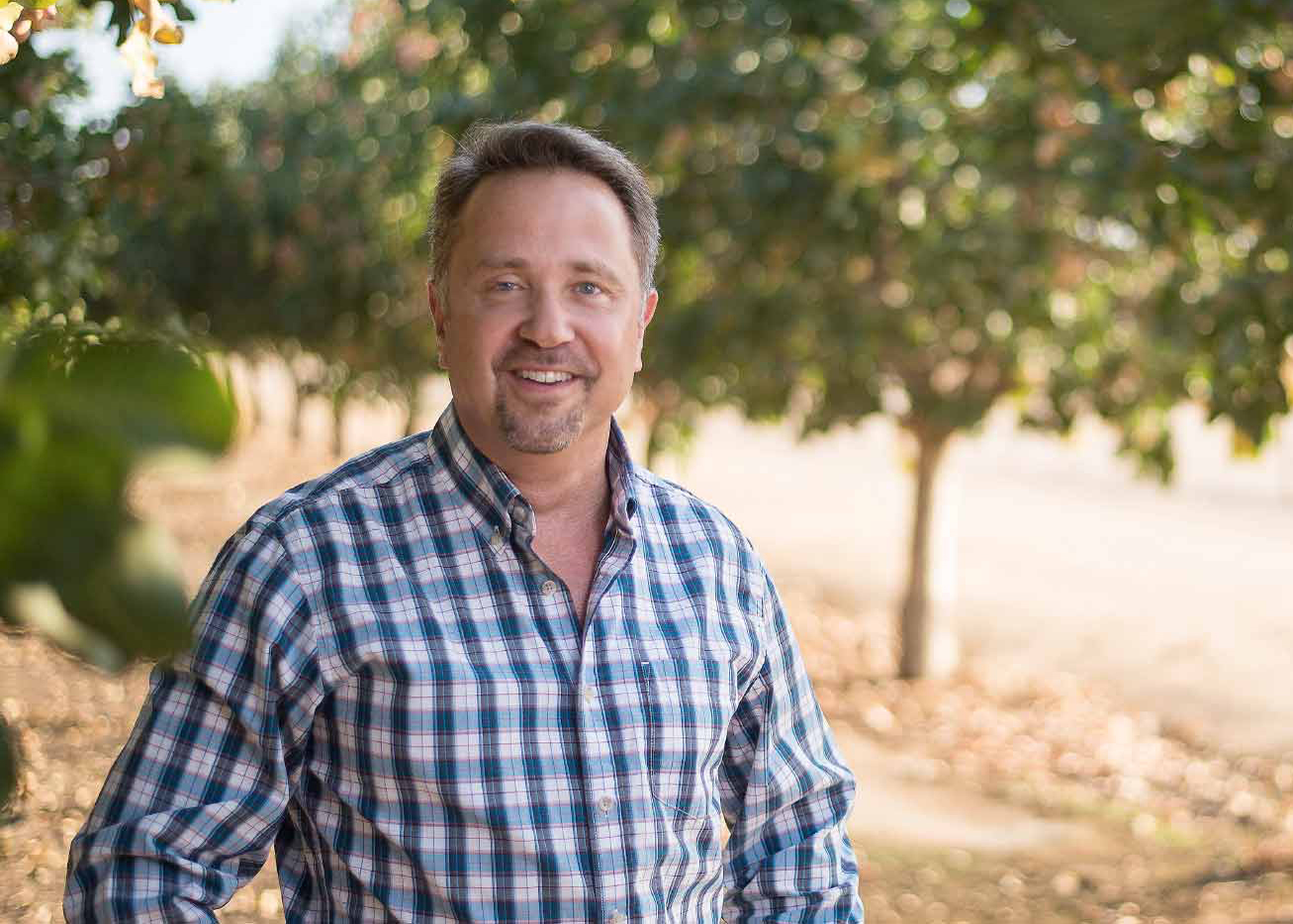 “The industry is facing challenges as many economies worldwide struggle with the impact of COVID-19,” Morecraft writes in the latest market update. “The impact from the new shutdowns is unknown at present.”

He noted that the availability of shipping containers for exports remains an issue. Beacon Economics reported this month that importers have been warehousing “an enormous surge” of inbound shipping containers rather than make them available for exporters. Morecraft added that vessels are often changing schedules at the last minute, hitting peak capacity and extending transit times.

The pistachio crop, meanwhile, is at one billion pounds. A fairly new crop in California, pistachios have rapidly expanded in a short period of time and Zion expected that to continue to rise with new plantings. The U.S. is “firmly” the largest producer in the world now, with more than 300,000 bearing acres. Zion said he wouldn’t be surprised if those acres nearly doubled in the next 10 years.

The quality of the crop in California has also been remarkable this year.

“If this were a wine, this would be a vintage you would want to buy,” said Zion. “This has been an easy crop to sell.”

Unlike almonds, pistachios have seen steady pricing this year. Pistachio trees also don’t have to be replaced nearly as often.

That trait will prove valuable as the Sustainable Groundwater Management Act is implemented. Zion estimated about 10 to 15% of pistachio orchards may be impacted by reduced supplies under the new groundwater plans. Yet one of the nation’s top competitors, Iran, is facing much more critical water issues that Zion sees as unresolvable. As Iranian production decreases, Zion expects to see the U.S. account for as much as 80% of global production, with Turkey in a distant second place.

With an expanding industry, however, come regulatory hurdles. Unlike almonds, walnuts and pecans, pistachios are somewhat perishable and must reach the processing plant within 12 hours of harvest. This means more processing plants are needed in California to meet the rising supply.

“I can tell you from firsthand experience, trying to build a plant in California is not the easiest thing,” said Zion. “It's difficult at best.”

He anticipated labor shortages down the road and a stronger push for automation.

Similar in acreage to pistachios, walnuts have expanded to 360,000 acres in California, which is the only state to grow them. Another 50,000 acres will soon start producing as well.

Like almonds, walnuts are export driven. China has become a growing threat. According to Zion, it has expanded production “quite a bit” and, to the surprise of many, is now a major alternative supplier. In response, the California Walnut Marketing Board has continually increased its marketing budget to match the pace of the supply coming online.

Walnut prices have popped up in 2020, but will likely come down over the coming year. The pandemic also slowed sales, which rely heavily on the food service sector.