Home » Daybreak: A state budget ‘windfall’ on the horizon
WEST

Daybreak: A state budget ‘windfall’ on the horizon

A state budget ‘windfall’ is on the horizon

A new report from state analysts on Wednesday details a potential “windfall” of $26 billion for the next budget year. The analysts cautioned the ongoing budget deficit, however, is still uncertain.

According to the report, “divergence among economists' forecasts of what the unemployment rate will be a year from now is at a 50-year high. This uncertain environment presents a significant challenge for the Legislature.”

The report recommends depositing the windfall in a reserve or using it to mitigate the adverse economic impacts and public health crisis caused by the pandemic.

With the elections behind us and the Legislature reconvening next month, informational hearings have ramped up in both houses. The discussions will add new policy angles and build steam for previous efforts for the next legislative session.

The Assembly Labor and Employment Committee, for one, heard testimony this week from several farmworker organizations and labor groups on the impacts of COVID-19. Calls to action included hazard pay, paid sick leave for undocumented workers and housing support. Other committees are taking up issues related to food assistance, recycling markets and wildfires. 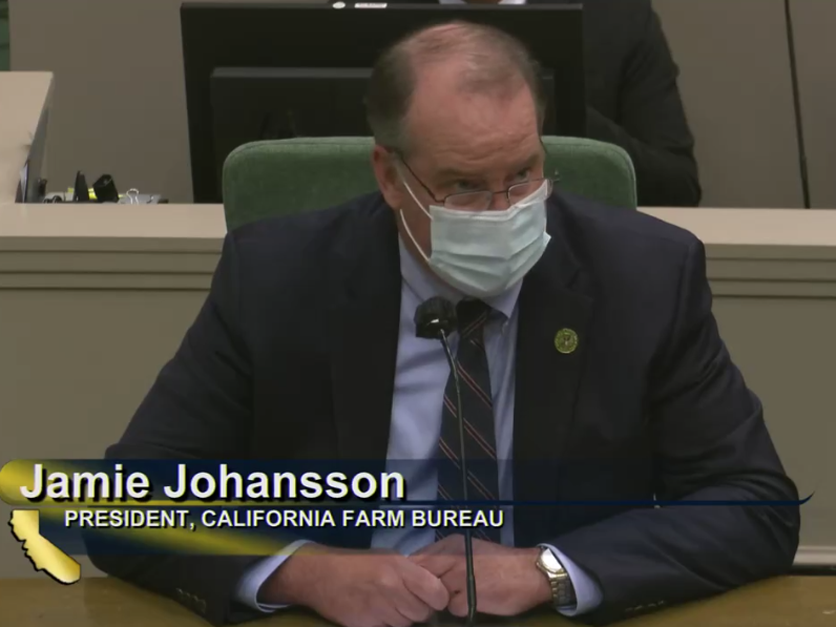 Asm. Robert Rivas of Salinas packed an ambitious agenda into his first hearing as the new chair of the Assembly Ag Committee.

Among the many panelists, California Farm Bureau President Jamie Johansson ran through the many ways wildfires have ravaged the industry in recent years. Of note:

“It's a somber reminder of how California agriculture is different,” said Johansson, “and how the inability of responsible agencies to understand the unique needs of the industry…has resulted in arguably avoidable tragedy.”

Americans are cutting back on Thanksgiving plans because of the COVID-19 pandemic. But the good news for consumers is that prices for the turkey and some of the trimmings will be lower.

According to the American Farm Bureau Federation’s annual survey, dinner for 10 people would cost $46,90, down $2.01 from last year and the lowest cost since 2010. A 16-pound turkey will cost $19.39, $1.21 down from last year. Prices for whipping cream and sweet potatoes also will be lower.

“Pricing whole turkeys as ‘loss leaders’ to entice shoppers and move product is a strategy we’re seeing retailers use that’s increasingly common the closer we get to the holiday,” said John Newton, AFBF’s chief economist.

By the way: There are still many people in need as the pandemic worsens. According to an analysis of the latest Census Bureau data, about 10% of households, or 3.5 million, are “not at all confident” they will have enough food over the next four weeks. Just 44% of households with children are “very confident” that they can afford what they need.

USDA officials insist they goofed when released a rule in August that required family members to start meeting management time requirements to qualify for commodity program payments. USDA released a correction Wednesday to an August rule that had expanded the eligibility requirements.

“We immediately realized that language was in there and frankly immediately went to work to make a correction,” Farm Service Agency Administrator Richard Fordyce said.

Keep in mind: Leaders of the National Sustainable Agriculture Coalition don’t believe USDA’s claim that it made a mistake. “Issuing this ‘correction’ to a final rule flouts congressional intent, invites legal challenge, and provides a windfall for the biggest, most complex farming operations while ignoring real family farmers who need the assistance,” said NSAC Policy Director Eric Deeble.

A new blockchain network is being billed as a first-of-its-kind method of tracking farm commodities from seed to market. BlockApps, which developed the TraceHarvest Network with agribusiness giant Bayer, says the system could be used to track carbon crediting as well as food safety recalls.

Sid Siefken, BlockApps’ director of business development for agriculture, said the network also will aid in gathering information on agronomic practices that may be recommended or required for production of specialty products such as high-oleic soybeans, for example. 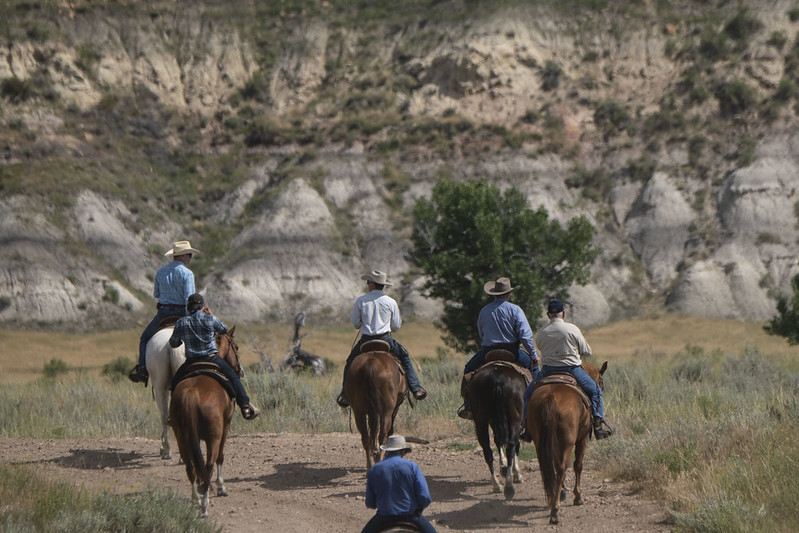 New Forest Service regulations will expand the number of activities exempt from review under the National Environmental Policy Act. A rule being published today would allow restoration projects of up to 2,800 acres to go forward without preparation of a NEPA document and also allow the service to use previously prepared NEPA documents to justify current projects.

But the rule is expected to be challenged in court, although the Forest Service had originally proposed exempting projects of up to 7,300 acres. “We won’t let this illegal policy go unchallenged,” said Sam Evans, leader of the Southern Environmental Law Center’s National Forests and Parks Program.

Western lawmakers praised the new regs, as did the National Cattlemen’s Beef Association. “I applaud the Forest Service for streamlining environmental permitting for forest management projects that will improve the health of our national forests and help protect the surrounding communities from catastrophic wildfires,” said Rep. Ken Calvert, R-Calif.