Home » Legislature returns to single-use plastics, with ag part of the solution
WEST

Legislature returns to single-use plastics, with ag part of the solution

The Assembly Natural Resources Committee heard two days of testimony recently on the many problems facing California and the planet when it comes to packaging made up of single-use plastics. The material, often used in food packaging, is challenging to recycle and remains in the environment for years. A shakeup in the global recycling market has added to the problem, compounding the costs for getting rid of the waste.

“Some local solid waste programs have received significant quantities of agricultural [mulch] film that's used in production,” said John Kennedy, a policy advocate for Rural County Representatives of California, in one hearing. “Unfortunately, there aren't many markets for those materials.”

Kennedy added that landfills are facing similar problems with plastic irrigation lines, especially from illegal cannabis grows seized in federal forests throughout Northern California. Instead of phasing out the plastic film and irrigation lines, the state should seize this opportunity, he said, and throw a lifeline to recycling programs already addressing this waste.

“There are a few manufacturers that are trying to take the materials in and use them to produce new reusable shopping bags or new agricultural film,” said Kennedy. “Those are activities we should support and expand…. Without markets, the material goes into the landfill, where it can actually be really difficult to manage.”

Plastic film—including items like pallet wrapping, grocery bags and trash bags—makes up three out of the four most prevalent types of plastic found in California’s landfills, according to a committee analysis. Less than 15% of the total plastic generated in the state is recyclable. This adds pressure to CalRecycle, which must divert 75% of the solid waste from landfills, and to local governments, which have a mandate of 50%.

“There has been a massive shift in the economic calculus of recycling programs in recent years,” said Rita Kampalath, a director at the Los Angeles County Sustainability Office.

The increase in single-use plastic materials has led to an environmental toll as well. At the current pace of production, oceans will contain more plastic than fish in 30 years, according to the World Economic Forum.

“Recycling plastic into new products is helpful, but not a solution,” the committee report notes. “Recycling is generally only feasible for some of the more common, and least toxic, forms of plastic, like the kind used for beverage containers.”

Natural Resources Chair Laura Friedman of Glendale acknowledged the challenge in finding a consensus on bills aiming to curb the use of plastic or mandate more recycled content in packaging products. 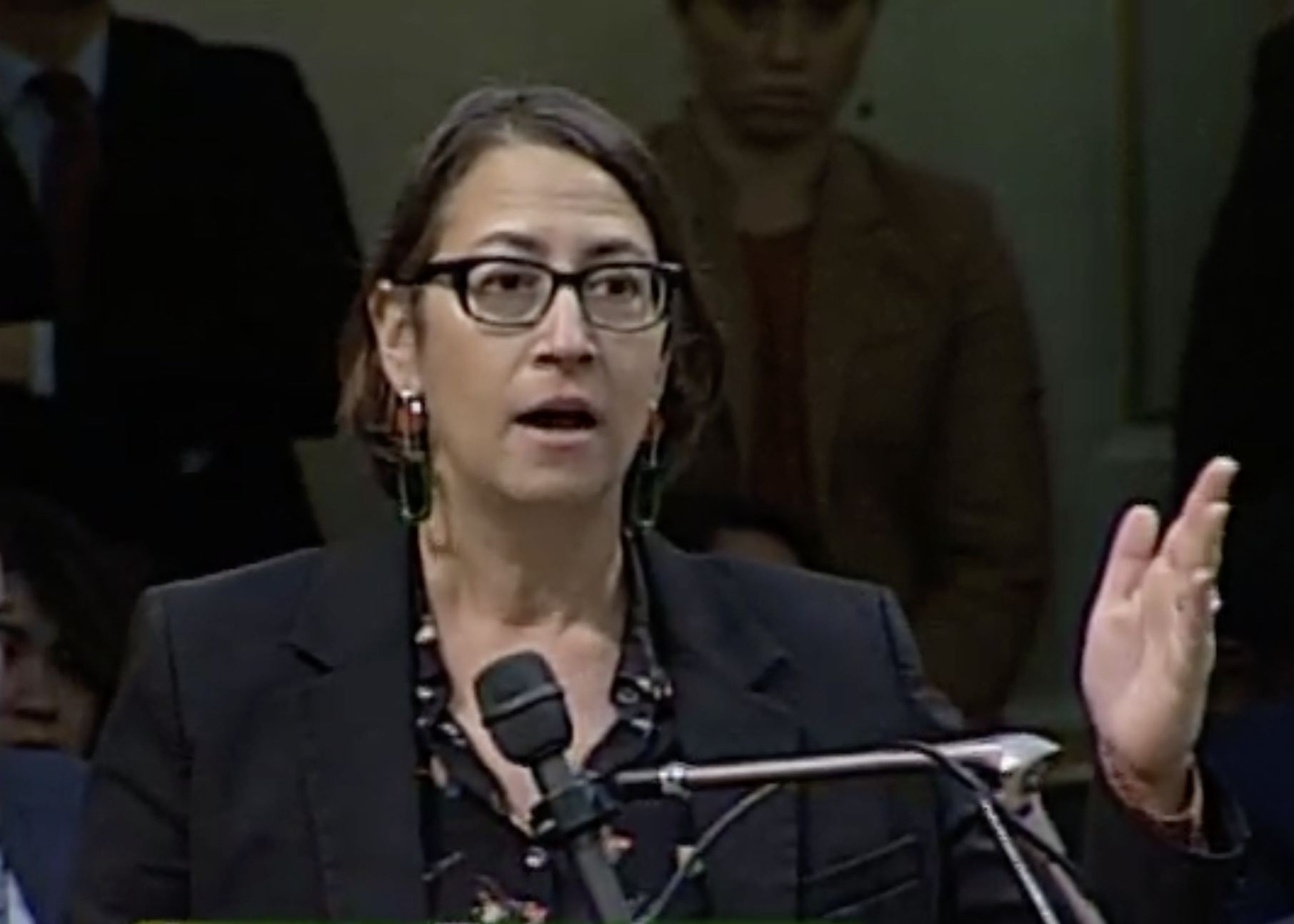 “The industry usually responds by coming back and saying, ‘Well, if we do this, it's going to make our products so much more expensive and that's going to hurt low-income people because they won't be able to afford to purchase these products anymore,’” she said.

Yet the food and agricultural industries are already spearheading efforts to drive this change and help to develop more robust markets for recycled content. Fresh berry producers, for example, have embarked on an ambitious initiative to rethink clamshell packaging.

In a separate hearing on recycling markets, Rick Tomlinson, president of the California Strawberry Commission, explained how the berry industry responded to global policy changes that began in 2017 by reconsidering the whole recycling stream.

In February the commission, in partnership with several major fresh berry producers, pledged to adopt 100% recycle-ready clamshell packaging by 2025 and incorporate more recycled content within that packaging. Tomlinson cautioned, however, the announcement was followed by a rocky start. Price gouging bumped up costs for this type of material by 50%, though prices eventually smoothed out as a broad range of suppliers emerged and the economies of scale took over.

In testing fiber replacements like cardboard, the coalition found that moisture in the berries weakened the clamshells and led to whole trays collapsing. They worried that sacrificing other benefits could set them back decades. For 20 years, plastic has helped to improve food safety, extend the shelf life for fruit and dramatically reduce shipping weight, cutting energy costs for transportation. Manufacturers have been able to include more recycled material over time as well, further reducing costs.

“We've really benefited from the recycling going on in the state of California,” said Tomlinson. “That clamshell has typically contained the most amount of California recycled content of any food package in the United States.”

The coalition coordinated with thousands of farms across several states and addressed packaging needs that varied across strawberries, blueberries and raspberries.

Eventually the industry settled on a recyclable plastic material known as thermoform clean wash flake, and companies made the first purchases this year. Even the standard paper label has been replaced with one that can be recycled.

“We still have a long way to go,” said Tomlinson. “We're talking about a very small amount, but it is starting.”

The coalition is now working across the supply chain to encourage consumers to recycle the new packaging and curbside programs to collect this waste, supplying packaging manufacturers with more thermoform.

“It's really wonderful to see an industry group really going out of their way to try to be a good steward for their product,” said Friedman in response. “I will certainly feel good buying my strawberries.”

In August, Friedman also felt good about Senate Bill 54, a measure that would have mandated industries to reduce the amount of single-use packaging in products by at least 75% by 2030.

“We've all seen the heartbreaking photos of dead sea animals,” she said, while carrying the bill for a final vote on the Assembly floor. “We know that this is a product that is eternal, that doesn't biodegrade, that is literally killing parts of our planet.”

Industry have paid for none of the disposal and pollution cleanup but was accommodated at every turn for the bill, she argued.

Democrats struggled to gather enough votes on that final day of session, coming up just three shy of passing.

Assemblymember Lorena Gonzalez of San Diego, author of an identical bill that also failed to pass two years in a row, shared her exhaustion from the endeavor.

“I've been whipsawed on amendments since the day we introduced this,” she said. “I'm tired of making the case.”

Gonzalez was frustrated that after amending the bill to exempt some farmers, agricultural groups remained opposed.

“We just haven't been able to get to a place where we're comfortable enough with this policy,” Matthew Allen, who directs legislative affairs for the Western Growers Association, told Agri-Pulse in August. He explained that the bills, for example, did not exempt the transportation of products to the packing shed or processing plant.

Several lawmakers argued that the bill would never be perfect, but the issue was too urgent to wait.