California Farm Bureau Administrator Jim Houston is frustrated that agriculture was not consulted ahead of Gov. Gavin Newsom’s proposal Friday to raise pesticide fees on farmers. Newsom had described the policy as transitioning the industry to less-toxic chemicals while being “punitive to bad actors that are flagrant [violators].”

In a conversation with Agri-Pulse Monday, Houston said this is another example of Newsom paying “a lot of lip service” to farmers before portraying them as villains, and he was not aware of any evidence of “flagrant violators.”

“[The administration is] over there theorizing and criticizing us,” he said. “Then we're over here actually trying to solve problems on the farm.”

Newsom consults the ag community, Houston argued, only after developing policies. For example, the administration has not consulted the Farm Bureau about vaccine distribution, despite ag workers being a top priority and accounting for more than 800,000 employees. Houston said the governor instead hosted prominent labor leaders last week on a call about the pandemic.

He worried Newsom could also be reinforcing harmful myths about where food comes from. He pointed to a recent moment when Newsom thanked only grocery store workers for putting California’s food on the table during the pandemic. 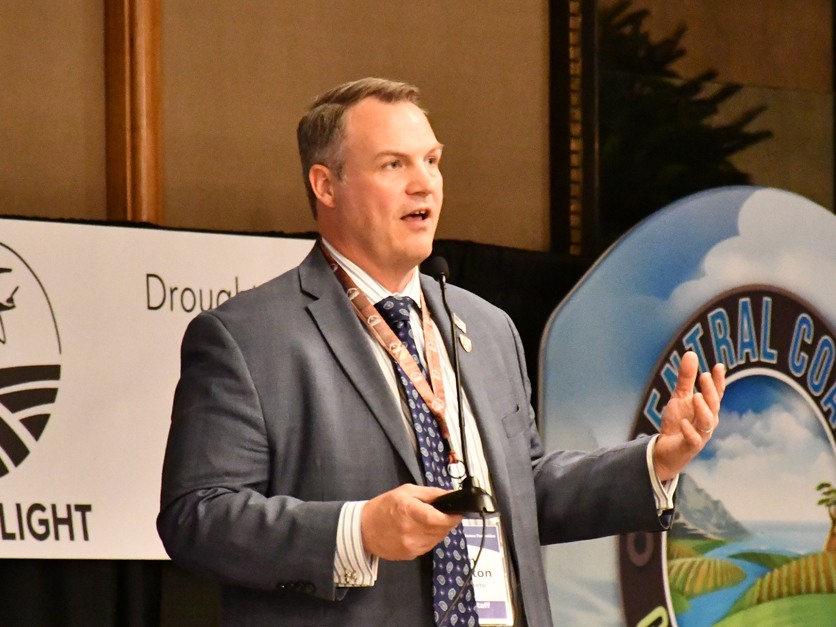 State asks for $300K to implement a minor pesticide bill

In September, Newsom signed into law a bill requiring quarterly reporting on the use of the granular form of the insecticide chlorpyrifos. He acknowledged the number of applications has been “extremely limited,” accounting for less than 1% of all chlorpyrifos use in the most recent reports. Use was already in steep decline when Newsom banned all but the granular form in 2019.

Now the administration is asking for more than $300,000 a year and additional staff to implement the measure. Newsom’s budget proposal said the law, in duplicating existing efforts, adds “a significant increase in workload” for the Department of Pesticide Regulation (DPR). Failing to provide this funding, however, would “negatively impact other DPR programs.”

Keep in mind: The budget proposal calls for dipping into the DPR fund to cover the cost. About 80% of that fund comes from the ag industry in the form of a mil assessment on pesticide sales.

On that note: The administration’s new Advanced Clean Trucks regulation will cost more than $700,000 to implement, and nearly $400,000 in annual ongoing costs.

USDA officials tell Agri-Pulse they are working “amicably” with the Biden transition team, which is paving the way for the incoming administration next week. On the international front, the transition team has been pressing USDA for details on the impacts of the “phase one” trade deal with China.

President-elect Joe Biden will be facing a major decision on how to deal with the ongoing trade war with China. On the domestic side, the transition team is largely focused on farm bill issues.

Elsewhere: The transition team has been pursuing issues concerning the European Union when it comes to its interactions with the Office of the U.S. Trade Representative, an official at the agency says. The source says USTR is being cooperative.

Keep in mind: Government officials tell Agri-Pulse they hope the Trump administration appointees vacate by Friday, ahead of the three-day weekend and the official Jan. 20 transition on Wednesday.

Bill Northey, USDA’s undersecretary for farm production and conservation, has said the department is working to tee up decisions that the incoming administration can make quickly to distribute aid from the new coronavirus relief package. 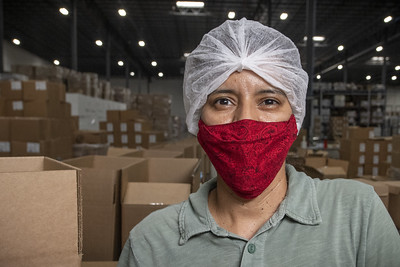 The incoming chair of the Senate Agriculture Committee, Debbie Stabenow, is pushing USDA to implement worker protection measures that were funded in the COVID aid package.

The legislation earmarked a minimum of $1.5 billion for several needs, including worker protections, retooling assistance for farmers and processors, and purchases of food for distribution to the need.

USDA subsequently announced a new round of funding for the Farmers to Families Food Box program, but the other provisions are likely to take a while to implement. President Donald Trump signed the bill into law on Dec. 28.

“Congress gave USDA the funds and flexibility to help producers and processors keep their workers safe. In order to repair our food supply and feed families in need, USDA must prioritize safety in addition to food purchases.” Stabenow said in a press release that included statements from farm groups as well as the United Farm Workers.

“We are thankful that Congress is not asking farmers to bear the full burden of these mounting expenses and strongly encourage USDA to follow through with an allocation of meaningful funds to further promote agricultural worker safety,” said Dave Puglia, president and CEO of Western Growers.

With Democrats now in control of the federal government, co-chairs of the Congressional Western Caucus say they’ll have to work across the aisle to move ahead on energy, ag, natural resource policy priorities.

Keep in mind: Democrats will narrowly control both the House and Senate this year, so enacting the Western Caucus priorities will be a heavy lift.

Three gorillas at the San Diego Zoo are the first animals of that species in the U.S. to be infected with the coronavirus, according to USDA’s National Veterinary Services Laboratories.

USDA tested the gorillas after they began coughing and suspects they were infected by a zoo employee. USDA expects the gorillas to make a full recovery.

In a press briefing Monday, Newsom brought up the infections, saying it has saddened his family, driving him to make the news of the gorillas public.

He argued “the state of California cannot have everything that it wants” in trying to meet food security and climate needs while continuing to limit resources for farmers.