Home » In combating citrus greening and its insect host, California has a leg up
WEST

In combating citrus greening and its insect host, California has a leg up

Despite a widespread invasion of Southern California by the host insect for citrus greening, farmers in the San Joaquin Valley have been able to beat back the bug.

Years of research into the pest and proactive efforts by growers and CDFA have paid off, and signs of optimism are beginning to appear, according to researchers. The state has yet to detect citrus greening in commercial orchards.

“The program here in California deserves a gold star,” said UC Davis Plant Pathology Professor Neil McRoberts. “There's not much we could do to improve the way the program interacts and how it's structured. That's good news for everybody.”

McRoberts was speaking in a webinar for the Citrus Pest and Disease Prevention Program, a collaboration formed by the Legislature in 2009 to tackle the threat. It is funded by growers and administered by CDFA.

The disease decimated orchards in Florida, Texas and Brazil before the host insect, the Asian citrus psyllid (ACP), arrived in California.

“All of the investment that the industry is making is having an impact on the epidemic,” said McRoberts. 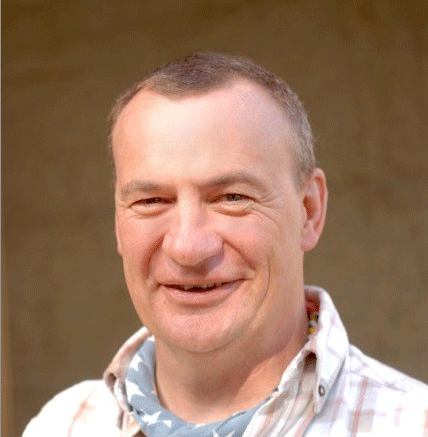 The program’s grower liaison for Kern County, Judy Zaninovich, said that after the first detections of ACP in 2012, weather conditions were just right for a major blowup in Bakersfield in 2015, which then moved to commercial citrus groves and rural towns the following year. Immediate responses to detections, including coordinated crop protection treatments of all commercial orchards within 800 meters, were able to bring the numbers down in 2017, leading to a quiet 2018. Just one ACP has been detected in Bakersfield so far this year.

The pattern now, said Zaninovich, is to continue to have periodic increases. The strategy has been to eradicate those flare-ups as quickly as possible. CDFA has also removed trees and implemented biological controls like parasitic wasps.

California’s Mediterranean climate and topography has also limited movement, said McRoberts, adding that nature plays a role as well. While invasive pests may be successful early on, local parasites and predators eventually figure out how to use them for food, regulating their numbers.

The epicenter of the outbreak has been in Los Angeles and Orange counties, where the program invests relatively little in trapping since ACP is so endemic.

The researchers have gathered a wealth of information from tracking the spread over the years. The findings have led to more of a focus on the end-of-year flush, compared to the beginning. Populations are also compressed down to smaller sizes over the summer months, allowing for targeted control efforts. The data have also shown that the treatment radius can be dropped to just 250 meters, which eases the workload by 60%.

Out of hundreds of thousands of ACP detections over the years, less than 0.5% have had the bacterium. At this point in the Florida pandemic, 70% of the insects carried the bacterium, according to McRoberts. In Texas, as many as half did. He said California’s success is likely due to early action with the program and doing “a good job” of eradicating ACP when detected.