One year later: COVID-19 and its rural broadband impact

This story is the first in a series that will run in Agri-Pulse this month exploring how various facets of the food and agriculture industries adjusted to the COVID-19 pandemic.

Since COVID-19 soared across the U.S. a year ago, it seems Congress and government agencies, a host of companies, organizations, and telecommunication providers themselves have thrown everything but the kitchen sink at extending broadband internet service to more rural homes, farms, schools, hospitals, and others lacking good internet service.

“The pandemic highlighted the need and the size of the digital divide,” says Mary Winn Pilkington, senior vice president of Tractor Supply Company, echoing a common assessment of the 2020 rural broadband arena.

TSC, for example, bought 3,000 Chromebooks for homebound children of their employees newly going to school online, and then joined the American Connection Project Broadband Coalition (ACPBC), an initiative launched last July by Land O’Lakes and now a club of over 140 companies and organizations committed to promoting broadband across the countryside. 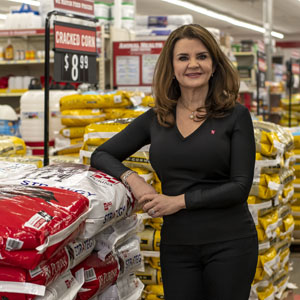 TSC, in fact, also quickly took a lead in that coalition’s kickoff project, the American Connection Project. “We invested in chain-wide upgrade of store Wi-Fi and deployment of Theatro digital communicators to all stores,” retooling devices for faster speeds, plus “additional wireless access-points to enhance Wi-Fi coverage in parking lots, side lot, curbside, and throughout the stores,” Pilkington said. By late February, she said, TSC was providing free Wi-Fi to all visitors, including vehicles parked near 1,400 of its 1,900 locations in 49 states, and over 1.4 million visitors had used the free service.

In a sort of parallel action last spring and summer, about 800 telecommunications and internet providers took the Keep Americans Connected Pledge, initiated by the FCC, to waive late fees and not terminate service because of an inability to pay during the pandemic.

Meanwhile, in the summer of 2022 Microsoft will wrap up its five-year Airband Initiative, partnering with telecommunications and internet providers, equipment makers, or others to “bring together private-sector capital investment in new technologies with public-sector financial and regulatory support” to advance rural broadband.

Along with enabling internet technology itself, Microsoft tasked its Airband initiative with bringing broadband to the homes of 3 million Americans by mid-2022.

Then, last summer, Microsoft and Land O'Lakes announced a strategic alliance, a multiyear joint initiative to pioneer innovations and big-data applications and precision agriculture on farms and, generally, to help close the rural broadband gap.

Robinson says the two companies “are very aligned from a mission perspective. We both see the need to empower rural America, unleash the power of technology … (and) enable farmers for more productive and sustainable farming. It requires you have broadband in the first instance.”

That alliance’s first two projects have Ohio-based Watch Communications installing wireless high-speed service to two farms that are members of Co-Alliance in Indiana and Sunrise Cooperative in Ohio, Robinson says. But the systems Watch installs will deliver wireless broadband in a sweeping radius around the targeted farms, serving about 9,000 residents, she says.

The American Connection’s nationwide splash of free Wi-Fi reflects perhaps the country’s newfound love for rural broadband, which swelled on Capitol Hill last March with Congress’ first big pandemic relief package, the Coronavirus Aid, Relief, and Economic Security (CARES) Act. It included $125 million for USDA’s ReConnect Pilot Program and Distance Learning, Telemedicine, and Broadband Program plus $200 million for the Federal Communications Commission (FCC) to boost expansion of telehealth services. In fact, Congress had already funneled $1.45 billion into the ReConnect program in FY2019 and FY2020 on top of $600 million it had mandated in FY 2018.

Lawmakers’ biggest long-term push for rural service recently, however, is the Rural Digital Opportunity Fund (RDOF), a $20.4 billion authorization from which the FCC announced initial awards of $9.2 billion in December. It provides subsidies helping internet providers extend broadband to unserved rural locations through the decade ahead.

Congress also recently allotted $65 million for the FCC to vastly improve the mapping it uses to determine which Census blocks are without internet service and thus eligible for FCC incentive dollars to deliver broadband. Many rural broadband advocates have pleaded for years for more accurate, detailed mapping and, with the cash now available, the FCC created a task force in February to do the job.

Bolstered with tons of federal dollars and promised funds, 2020 investment and expansion by internet services providers shot to a four-year high of $29.1 billion nationally last year, the wireless industry reports.

“Needless to say, all networks were pushed to their capacity …(when) most of us locked down during the pandemic,” said Claude Aiken, president of the Wireless Internet Service Providers (WISPA), representing about 800 mostly small and rural internet services. “Americans used the fullest extent of their internet access to teach our kids at home, telework, communicate with loved ones and friends, and generally keep their heads above the water.”

Mike Wendy, WISPA communications director, says members saw downloading demand jump 43% overall from March into summer, and uploading demand soared 70% already last spring and has remained at least that high. The response: within weeks of COVID-19’s alarm bells, 82% of operators responding to a WISPA members survey were upgrading their networks while they expanded staff by 20% overall to meet the demands.

But FCC delivered more than cash. Wendy said the agency has been opening up parts of the 5.9 GHz and 3.5 GHz spectra of the radio band for various unlicensed and licensed use by internet services, plus selling bits of spectrum access. Those moves vastly improved wireless providers’ access to customers, reduced interference in crowded broadcast frequencies, allowed internet providers to increase their capacity and often their reach, and more, he said. 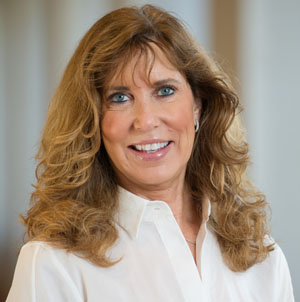 “Our companies reached out to their local school's superintendent or school district … and said, ‘work with us to figure out who the kids are who’ve got connectivity, who doesn’t’ … and in a lot of cases literally went out and connected the kids who didn’t have connectivity,” said Shirley Bloomfield, CEO of NTCA: The Rural Broadband Association, which represents small, rural providers.

Many rural electric co-ops, while their teams scrambled to expand service to schools last year, set up temporary Wi-Fi hot spots in or near strategically positioned school buses for students to do their homework, noted Stephen Bell, media director for the National Rural Electric Cooperative Association (NRECA). The hot spots were one of a flurry of efforts (highlighted in a NRECA video) that rural power co-ops launched early in the pandemic to help schools and rural communities counter the pandemic.

The electric co-ops began a decade ago to include fiber when new power distribution cable was laid, and NRECA president Jim Matheson says 150 of its 834 power distribution co-ops so far provide high-speed internet service to members. What’s more, NRECA says its members won about 150 of the FCC’s preliminary RDOF project awards, so more of them will weave in fiber internet service in upcoming years.

Pew also estimates 37% of rural students (based on 2018 census data) “do not have adequate internet access or digital devices at home to support online learning,” though the percentage has likely risen in the past three years.

How many American adults and students are still without access to broadband service?

Guesstimates remain all over the chart. The FCC’s latest estimate, from 2019, is just 14.5 million, but that’s based on maps that often don’t cover big parts of rural Census blocks.

A study by BroadbandNow, which tried to fill in the isolated areas FCC maps miss, estimated 42 million Americans lack internet access this year. Pew Research, meanwhile, reported a fourth of Americans don’t use broadband at home. And Microsoft’s analysis estimated about 157.3 million U.S. residents (nearly half the population) in late 2019 did not use the internet at broadband speeds.

“The problem is, there is no systematic way (to know), to date, until the FCC starts (improving) maps,” NTCA's Bloomfield said. “I worry when people race to stick a number on it.” 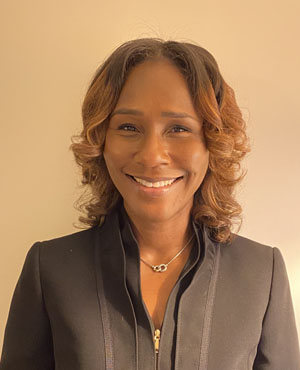 “First, how do we define broadband?” she asks, and advises that the FCC’s minimum service level to qualify for subsidies — 25 megabits download and 3 megabits upload — “is a pretty low standard,” given swelling user demands.

On the other hand, WISPA’s Wendy calls 25/3 service “tremendously powerful” in terms of capacity needed by the average American household.

Microsoft’s Robinson calls 25/3 service “a good place to start,” and “a baseline … that allows a family of four (as in her own home) … to all do what we’re supposed to do.”

All three, meanwhile, expect the FCC will soon raise that minimum capacity required for FCC subsidies substantially, perhaps to 100/20 Mbps or more, in part because of the explosion in demand brought by the pandemic.

But the other thing, Bloomfield says, is affordability, which is the main reason many rural people aren't connected.

For Microsoft’s Airband, affordability for both service and devices is the top issue clarified by the pandemic, said Robinson. “We can’t tackle just the issue of broadband access; we also need to address the issue of affordability,” she says.

She and Bloomfield both expect the $50-a-month credit (and $100 credit for some devices) for low-income folks will help when those still without connectivity are offered service.