Access our premium content, receive daily and weekly news updates in addition to our industry-valued newsletters.
Home » Opinion: The Code Breaker, CRISPR, and the UN Summit

Opinion: The Code Breaker, CRISPR, and the UN Summit

As preparations for the United Nations Food System Summit (FSS) get underway in the US and around the world, the respected author Walter Isaacson has released a new book entitled The Code Breaker. Isaacson, well known as a talented historian and biographer, has written eloquently of Albert Einstein, Benjamin Franklin, Steve Jobs and Leonardo da Vinci. The Code Breaker points us toward a new frontier, focusing on “gene editing and the future of the human race.”

The Code Breaker chronicles the professional path of Nobel Prize winners Jennifer Doudna and Emmanuelle Charpentier who developed CRISPR into a practical, versatile gene-editing technology. CRISPR’s gene-editing “molecular machine” harnesses the precision of enzymes and RNA to accurately find and edit existing genes to achieve advantageous biological outcomes. It is a far different approach than inserting transgenic traits from one organism into another. (CRISPR is shorthand for “clustered regularly interspaced short palindromic repeats.”) 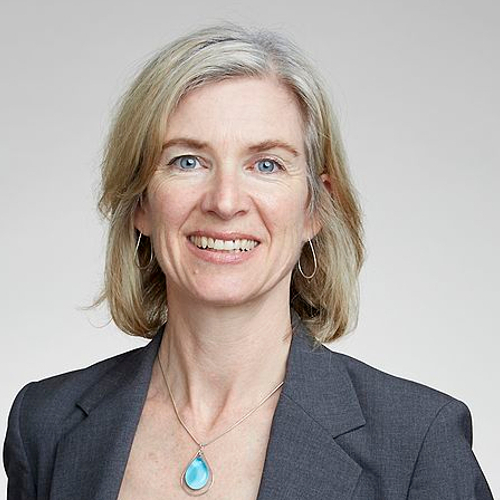 On Friday, March 12, 2021, Washington Post reporter David Ignatius interviewed both Dr. Doudna and Walter Isaacson. Dr. Doudna made the point that CRISPR technology could be used to modify any type of cell, and it is “equally powerful as a tool for manipulating the genetic material in plants and so we have opportunities now in agriculture that were never available previously.”

The underlying rationale for the Summit is a painful recognition that the world is not on course to meet its 2030 Sustainable Development Goal (SDG) #2 to “end hunger, achieve food security and improve nutrition, and promote sustainable agriculture.” Summit organizers and participants are charged with making ‘game changing’ recommendations across food systems to help eliminate hunger on a global basis. It’s hard to see how they achieve that goal without embracing cutting-edge science at the heart of the food chain.

Founded in 2006, AGRA is a farmer-centered, African-led, partnership-driven institution that is working to transform smallholder farming from a solitary subsistence struggle to a business that thrives. Agriculture accounts for a large percentage of the Gross Domestic Product in Africa and is the continent’s biggest employer.

The United States will have an important role to play at the FSS. President Biden has reaffirmed his commitment to the United Nations and other international bodies, including the North America Treaty Organization (NATO) and the World Health Organization. Under the leadership of Secretary Tom Vilsack, with input from the Agency for International Development (AID), the State Department and the White House Office of Science and Technology Policy, we can expect a strong commitment to eliminating hunger while protecting the environment and gender equality, consistent with the other SDGs.

In 2018, the European Union Court of Justice, however, put a spotlight (some might say “target”) on CRISPR technology. The EU argued, broadly speaking, that CRISPR plant science applications be evaluated under the same regulatory framework as those GMO’s that rely on transgenic modification. The court’s decision was the focus of an article.

The United States and many other advanced agriculture countries recognize that CRISPR is substantially different than transgenic modification and merits a different review framework. It remains to be seen whether such divergent scientific approaches emerge as a point of friction at the FSS culminating this September as a part of the UN General Assembly in New York.

Other global players will have important voices at the FSS, including:

It is reasonable to expect the EU to try and further an agenda consistent with the EU’s Farm to Fork’s 2030 Goals. Their Goals call for the arbitrary, across the board, reduction of pesticides and fertilizer. Paradoxically, achieving these goals can be vastly facilitated using the newest CRISPR-based gene-editing techniques.

In short, the FSS presents both risks and opportunities for American agriculture. It is important to stay informed and involved.

This week’s Open Mic guest is Sen. Jon Tester, D-Mont. As a third-generation farmer, Tester and his wife are seeing firsthand the devastating impact of drought in the West. Tester supports infrastructure spending and government outlays to pull the country out of the pandemic-induced recession. In this interview, he speaks to the issues of consolidation, competition and transparency in the cattle market as well as California’s Proposition 12 and recently proposed legislation to eliminate CAFOs by 2040.