Agricultural labor problems “don’t fade away” as the share of employment goes down, and a shrinking sector will require even more effort to protect workers, according to UC Davis Agricultural Economist Philip Martin, who has written a new book on the topic.

“The paradox is that even as agricultural employment gets less important, farm workers get more vulnerable,” said Martin, during a lecture last week for the Migration Policy Centre at the European University Institute. “They're joined, especially in rich countries, by migrant workers who often have restricted rights.”

Agriculture remains a major employer throughout the world, Martin explained, with nearly one out of every four people employed in the sector. Most of these people are farmers and their families, and they are not paid a regular wage. Increasingly the largest individual employers, however, are farm labor contractors, who have been “very difficult for governments to regulate effectively,” he said.

COVID-19 sped up many trends in farm employment, with more guestworkers in 2020, despite market disruption from the shutdown of the service industry and the sudden availability of unemployed restaurant workers. Although H-2A workers cost more than domestic ones, they are known to be reliable, loyal and willing to work extra hours, which creates a form of labor insurance for employers, said Martin.

“There will never be enough inspectors to have effective enforcement in agriculture,” he said, citing his recent study on enforcing labor laws in that sector. “In the United States, we only actually inspect about 100 farms a month and about 70% of them have violations.”

A challenge for employers, on the other hand, is that they must constantly organize new workers, since the most capable ones are the first to leave the sector for other work. The labor shortage will be further exacerbated if visa portability is allowed for H-2A workers, which would likely lead to those workers gravitating to higher wage jobs and better working conditions, he said.

Interest in mechanization is also rapidly spreading, along with a rise in the share of low-cost fruits and vegetables imported into the U.S., which Martin called a newcomer advantage for Mexican farmers, especially when 61% of tomatoes in the U.S. are imported. 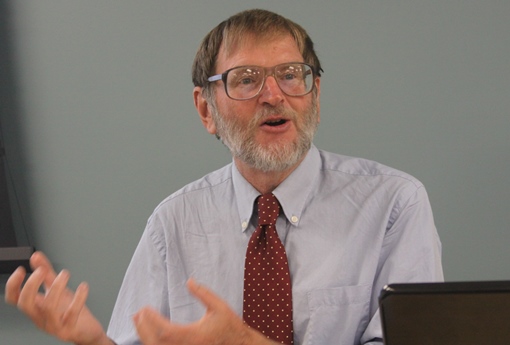 He also questioned investments in a mechanized system for raisins when the U.S. industry is in decline due to Turkish imports.

Second time around, it's harder for Vilsack to get USDA team installed
It’s crunch time for dairies to wrap up nitrate and drinking water plans
Sheriffs: We can't 'arrest our way out of' the rural drug problem

Technology has also failed to keep pace with consumers, who have shifted their preferences toward commodities that are more difficult to mechanize.

Subsidizing the wine sector, for example, could lead to too much wine.

The trend in agricultural policy, he said, is to move away from rewarding farmers for how much they produce to instead give a guaranteed income for those employed in the sector. This “may work” in Europe, where countries have been providing subsidies for the fresh produce sector. The U.S., however, has been subsidizing already mechanized crops like cotton, corn, wheat and soybeans.

Martin said the “hardest single thing in thinking about migration, labor and the future of agriculture” is building flexibility into the system on the demand side of the labor market rather than the supply side.

“There's a whole history of food production going up, but fewer people being employed in the sector,” he said. “As we improve conditions, we also create incentives either for labor saving machines or for trade.”

He argued it is time to confront the “old way of thinking”—labor laws that protect workers once they get out of agriculture—with a new, “ever-more dependent” guestworker policy.