House Democrats are gearing up to pass the Farm Workforce Modernization Act to reform the H-2A visa program and legalize undocumented workers. But the path ahead in the Senate for an ag labor bill is as difficult as ever, especially with the surge of migrants at the border.

The House is expected to vote on the bill Thursday. The question is whether the measure will get any more GOP support than it did in the last Congress. Some 34 Republicans voted with Democrats to support the bill in 2019.

Keep in mind: The politics of immigration policy are so delicate and intertwined that it’s hard for the Senate to pass immigration bills of any kind, either individually or in a package. Senate Republicans say the border surge makes it even harder this year.

“Why would you legalize anybody, sending another incentive to keep coming, until you stop the flow?” Sen. Lindsey Graham, R-S.C., asked reporters rhetorically when asked about the prospects for immigration reform.

The top Republican on the Senate Judiciary Committee, Chuck Grassley of Iowa, said an ag labor bill would be “very easy” to pass – so long as it didn’t offer citizenship to illegal immigrants and included border security measures.

Katharine Tai is a lock today to win Senate confirmation as U.S. Trade Representative. The Senate voted 98-0 on Tuesday to advance her nomination to a final vote. In this polarized environment, a 98-0 vote on a major nomination is becoming a rarity.

“Our country saw for the past four years that a strategy of sending mean tweets and acting on chaos does not create jobs,” said Senate Finance Committee Chairman Ron Wyden, D-Ore. “Under President Biden, and with Katherine Tai leading USTR, I’m confident our approach is going to be a lot more effective.”

USDA is seeking ideas on the implementation of a permanent successor to the Farmers to Families Food Box program that the Trump administration hurriedly set up last spring to deal with the market disruptions caused by the COVID-19 pandemic.

A USDA announcement says the new food purchase and distribution program would be “intended to provide additional aid to nonprofits serving Americans in need of nutrition assistance” A Zoom-based listening session will be held March 22.

Japanese PM to visit US in April

The U.S. has plenty of unfinished business with Japan, including an expected second phase of the trade pact that began in 2019, and the countries’ two leaders will have an opportunity to engage in April when Prime Minister Yoshihide Suga is scheduled to visit for a bilateral summit.

Japanese Foreign Minister Toshimitsu Motegi said during a meeting in Tokyo with U.S. Secretary of State Antony Blinken that the visit in April “will be a great opportunity to reaffirm and clearly send out a message on the robust Japan-U.S. alliance and broadly align our views so that Japan and the U.S. will cooperate and take the lead on regional situations, as well as issues common to the international community, such as COVID-19 or climate change.”

Phase one of the Japan deal lowered tariffs on U.S. beef, almonds, walnuts, sorghum and other agricultural products to make up for most of what the U.S. lost when it abandoned the Trans-Pacific Partnership. 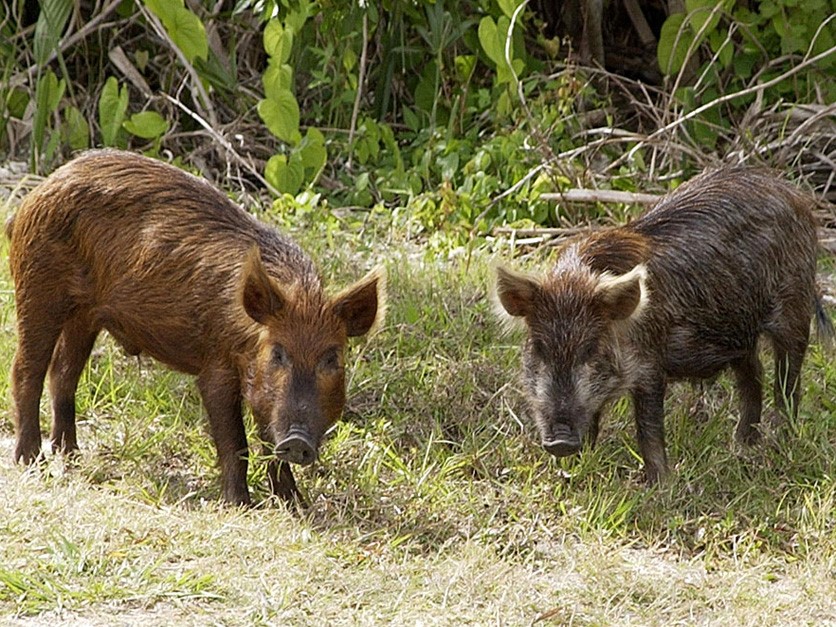 The Animal and Plant Health Inspection Service and the Canadian Food Inspection Agency have developed a protocol to protect swine populations in both countries in case of an outbreak of African swine fever in feral pigs.

The goal is to minimize the impact on hog and pork trade. Under the plan, all trade between both countries would initially stop, but then resume in three progressive phases with increasingly reduced restrictions on live hogs, swine germplasm, and untreated pork products.

Pandemic took toll on US ag trade with Southern Africa

U.S. agriculture exports to the 11 countries that make up the southern tip of Africa increased for several years, but that growth halted in 2020 due to the impact of the COVID-19 pandemic, according to a new report from USDA’s Foreign Agricultural Service.

In 2019, the U.S. exported $625 million worth of chicken, soybeans, wheat, sorghum and other commodities to the region that includes Angola, Botswana, South Africa and eight other nations, but that trade dropped sharply by about 23% in 2020, according to FAS analysts in Pretoria.

Raw meat worries consumers more than raw vegetables or fruit, the Food and Drug Administration reported Tuesday in its latest Food Safety and Nutrition Survey, which was conducted in 2019.

About 93% of respondents thought that raw chicken was “likely or highly likely” to have germs. The number for beef — at 66% — was lower, but still much higher than raw vegetables (9%) or fruit (6%).

Eighty-seven percent of consumers said they had looked at the Nutrition Facts Label. The top four items of interest? Calories, total sugar, sodium, and serving size.

He said it. “It is not a problem that the Senate stops bad ideas or negotiates bipartisan solutions.” – Senate Minority Leader Mitch McConnell, defending the filibuster.

He and other Republicans also said they won’t help Democrats pass a climate and infrastructure bill that is paid for with tax increases. Democrats are looking at moving that legislation through the budget reconciliation process, which wouldn’t require GOP votes.