The debate over climate policy usually includes some discussion about whether the U.S. crop insurance system should be changed to either incentivize more conservation or better address weather threats. Yet two experts say this public-private partnership is already reflecting changes in climate and new innovations in agriculture, with the potential for more targeted improvements to come.

Thomas Worth, chief actuary for USDA's Risk Management Agency, spoke on a panel about crop insurance and climate change at the Agri-Pulse Ag and Food Policy Summit March 24, where he said climate change is among many factors driving crop losses.

“At the same time, farmers are not sitting still,” he said. “There's improvement in agronomics and ag technology that's decreasing risk, whether it's cover crops, reduced tillage, or, especially, biotech.”

As an example, he said the droughts of 1988 and 2012 were similar, yet the crop insurance claims in 2012 were much lower, “indicating that the varieties of corn and soybeans planted were not the same as what was planted back in 1988.”

Worth said in response to changes in farming conditions, including some brought on by changing climate, RMA shortened the number of years it uses to calculate risk, now basing comparisons on a rolling 20-year yield average instead of more than 40 years of yield history.

“This allows premium rates to respond more quickly to changes in risk and better reflect the evolving conditions,” he said. RMA also reviews weather and climate data, Worth said, to make sure key dates in the crop insurance calendar, such as the earliest planting date that allows for coverage, remain appropriate.

“We look at weather data and agronomics and see if that date needs to be moved in light of any potential changes,” he said. Because farmers have to adapt to those changes, Worth recognizes that crop insurance will also need to adjust.

“It really is at the crux of any climate solution that involves crop insurance,” she said, which doesn’t mean the system is hostile to farmers making climate adaptations. Rather, she said at the summit, for farmers to see reduced premiums from their use of a new conservation practice, for example, there has to be data that shows “that practice also reduces the underlying risk associated with growing the crop.”

When that data exists, the farmers (or their representative, such as a company or commodity group) can present it to the RMA for potential inclusion in the crop insurance program. That’s how Monsanto got approval for premium discounts, known as the “biotech yield endorsement,” for farmers planting Bt corn, which reduced insect damages and helped the crop withstand drought conditions.

ERS finds crop insurance will cost more because of climate change
Crop insurance for climate practices gets attention, but is the science there?
Farm groups, enviros to USDA: Prioritize climate, update crop insurance

Worth offered a more recent example from the rice industry, which presented data and analysis showing “that with careful use of water and flooding at certain key times you can reduce water usage,” he said, and achieve similar yields. The RMA amended its rules to approve intermittent irrigation for rice.

“I like that example because it shows how farmers can help guide and influence the program to reflect what they’re doing,” Worth said. He added that because low yields can result in higher premiums and less coverage, “farmers are highly motivated to take measures to mitigate that risk.” 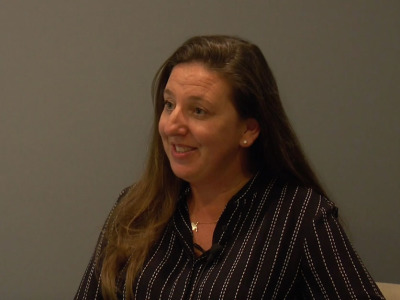 The AGree Economic and Environmental Risk Coalition is proposing to commercialize crop insurance products intended to remove disincentives to growers to implement conservation practices. The first product, developed with privately sourced data, would provide farmers with an incentive not to apply fertilizer in the fall, thereby reducing emissions of nitrous oxide, a greenhouse gas. If inclement weather subsequently prevented the farmer from making a spring fertilizer application, the farmer would be insured against potential yield reductions.

The first product, possibly an insurance policy endorsement, is for growers who don’t apply nitrogen fertilizer in the fall. It could be approved as soon as April by the Federal Crop Insurance Corp. board, the USDA arm that oversees new crop insurance approvals, said AGree Executive Director Deb Atwood. She declined to disclose details about the product, citing FCIC disclosure restrictions.

Another example is cover crops. Worth cited research showing how much yield increased in a certain county when farmers adopted cover crops. They’re used for soil health and have gained a lot of attention for their conservation benefits. But he said those advantages also mean they reduce the risk of yield loss. It’s that yield protection that means farmers “get better insurance coverage at a lower price.”

As both private and public-sector research continues to evaluate conservation practices, RMA may get more data to use in evaluating future proposed changes to the crop insurance program, while maintaining its integrity.

“I would certainly like to see a future where we’re leveraging those sorts of endorsements and incentives" to make the crop insurance program even stronger, Smith said.