Mexican potato farmers vow to keep up fight against US imports

Mexico’s Supreme Court refused last week for the second time in six weeks to make a ruling that could allow substantial new access to the Mexican market worth hundreds of millions of dollars annually for U.S. potatoes, fueling the determination of Mexican farmers to continue their fight against the trade.

Kam Quarles, CEO of the U.S.-based National Potato Council, says politics and pressure from the Mexican potato industry to stave off competition are key factors behind the multiple delays, but Mexico’s National Federation of Potato Producers (CONPAPA) insists the justices are simply taking more time to educate themselves on the pest and disease threats from U.S. imports.

The U.S. exports about $60 million worth of fresh spuds across the southern border every year despite a major Mexican trade barrier that only allows U.S. imports within 26 kilometers of the border. That could rise as high as $200 million per year if the court rules to give U.S. potatoes full access to the Mexican market.

That’s still a relatively small portion of the $19.1 billion worth of total U.S. ag exports to Mexico in 2020, according to USDA data.

“The (Mexican) potato growers will keep fighting to protect Mexican phytosanitary measures,” CONPAPA President Gerardo García Menaut told Agri-Pulse. “The farmers are not against commerce … but they are focused on protecting plant health. They are trying to protect themselves.”

But Quarles says what the Mexican farmers are trying to protect is their ability to market their potatoes with less competition from U.S. producers. Hopes were high last week that Mexico’s Supreme Court would rule in favor of U.S. imports, but when the justices gathered to consider cases on the docket last Wednesday, they again deferred ruling on the potato trade case.

Before the hearing, a flurry of news reports in Mexico erupted, quoting García and others in CONPAPA calling on Mexican President Andrés Manuel López Obrador to drop the case before the Supreme Court. A spokesperson for the group confirmed for Agri-Pulse that the Mexican potato group made a public appeal to López Obrador to withdraw the government’s support for allowing increased access for U.S. potatoes. "We request the President to instruct the head of the Ministry of Agriculture to withdraw (the) appeal for review," CONPAPA said in a statement last Wednesday.

CONPAPA called on López Obrador “to effectively stand down and a few hours later, the case gets pulled off of the Supreme Court docket,” said Quarles.

The Mexican group confirmed that happened, but a spokesperson also stressed that CONPAPA believes that its request is “in line with Mr. Lopez Obrador's policies to protect Mexican fields from pests.” CONPAPA cites Mexican data that says U.S. potato shipments were rejected at the border in about 900 instances from 2003 through 2010 because of pests or diseases.

Still, García says CONPAPA has not interacted directly with the Mexican government on the case that could still be decided by the country’s Supreme Court. 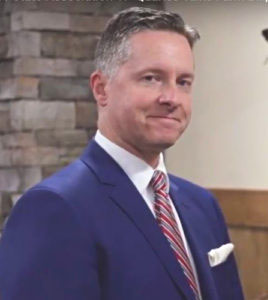 “It wasn’t just a continuing delay,” he told Agri-Pulse. “The political hammer came down.”

Nearly two decades ago, Mexico agreed to partially open its borders to U.S. fresh potatoes. Mexico said the U.S. spuds could enter commercially, but only within 26 kilometers of the border. It was meant to be an intermediate step while the countries confirmed that U.S. potatoes would not be carrying any pest or disease risks that threatened Mexican farms, but the full opening of the market never happened.

About 10 years ago, Mexico tentatively agreed to allow U.S. potatoes to enter past that 26-kilometer mark as part of a deal that would also allow Mexico to enter into negotiations to join the Trans-Pacific Partnership. At the same time, the U.S. was also offering to permit expanded access of Mexican avocados into the U.S. market.

Text of the deal, according to an unverified document provided by CONPAPA, states: “Mexico will establish and make functional, prior to the conclusion of the TPP, the mechanisms and rules necessary for the importation into the territory of Mexico of fresh potatoes … from the USA … Mexico will start immediately, the regulatory process to issue a phytosanitary measure, seeking to authorize access of fresh potatoes … from the USA, to all the national territory beyond the current 26 kilometer border zone.”

The USDA and Office of the U.S. Trade Representative did not immediately verify the document, but one former U.S. government official and one current official, speaking on terms of anonymity, said it appears legitimate.

Mexican potato farmers were furious when they got wind of the deal that was struck in 2012, said García. Mexico’s Ministry of Agriculture, Livestock, Rural Development, Fisheries and Food, or SAGARPA, completed a risk analysis that would have cleared U.S. potatoes for imports, but Mexican potato farmers filed several lawsuits to stop the process.

A Mexican district court ruled in 2017 that SAGARPA’s risk assessment was not adequate. The Mexican government appealed the ruling, putting the case before the country's highest court.

Mexico’s Supreme Court was first slated to decide on the government’s appeal on Feb. 24, and hopes were high at the National Potato Council because one of the justices had issued a draft ruling that affirmed the Mexican government’s authority to open the border to U.S. potatoes beyond 26 kilometers. But the same judge that issued that draft ruling also took the case off the docket.

The Mexican Supreme Court met again six weeks later — on Apr. 7 — and once more did not take up the potato case.

Quarles said the National Potato Council is about ready to give up on the Mexican legal system and ask the U.S. to file a complaint through the U.S.-Mexico-Canada Agreement.

“We were always trying to be optimists, but now that we’ve gotten two pretty clear indications that something other than the law is operating down there, I think we’re right on the brink of asking USDA and the USTR to pursue the USMCA route,” he said.

There are ways the U.S. and Mexico can address the issue under USMCA. The U.S. has already asked for consultations with Canada over complaints that the Canadians are misusing quotas for dairy imports, and the U.S. could take the same approach with Mexico over its barriers to potato imports. If the consultations are not successful, a dispute panel can be formed.

But the U.S. will be in good shape if it comes to a dispute panel because the sanitary and phytosanitary provisions in USMCA support the position of the U.S. potato industry that there is no scientific reason why the Mexican barrier should be in place.