Assembly Agriculture Chair Robert Rivas of Hollister is pushing for California to clean up all of its surface waters enough to be drinkable, fishable and swimmable by 2050. His bill, the California Clean Water Act, aims to finish what the federal version began nearly 50 years ago. According to a State Water Resources Control Board assessment of 1,400 water bodies across the state, 95% remain impaired.

“The original Clean Water Act fell short because it wasn't practical,” said Rivas during a hearing on the measure last week. “Our bill must be practical, it must be achievable and it must be effective.”

Despite recent amendments to make the bill more practical and ease opposition, more than 100 interest groups stand firmly against the measure. The amendments “amount to exceptions and carve outs, but the goal of the measure remains focused on municipal stormwater and irrigated agriculture,” asserts the California Farm Bureau.

“It would fundamentally change the way in which the state and regional water boards regulate discharges from agriculture, and others,” argued Tess Dunham, a partner at Kahn, Soares & Conway LLP who represents citrus, rice and cotton groups, among others, and led the agriculture coalition response.

Rivas acknowledged that some opponents have even called the proposal overreaching, draconian and a form of bounty hunting that goes after vulnerable water districts.

The bill initially set a mandate to clean up all freshwater systems by 2050. Rivas has since revised it to require state and regional water boards to instead develop plans for impaired surface waters to come into compliance by that time.

Katherine Pease, who directs science and policy at the environmental group Heal the Bay, said her organization found that the current rate of implementation for the U.S. Clean Water Act would mean Los Angeles County water agencies would not achieve their goals until 2082.

“In my own county of San Benito, there are over 100 miles of rivers and streams that are impaired with E. coli, pesticides, heavy metals and other pollutants,” said Rivas. 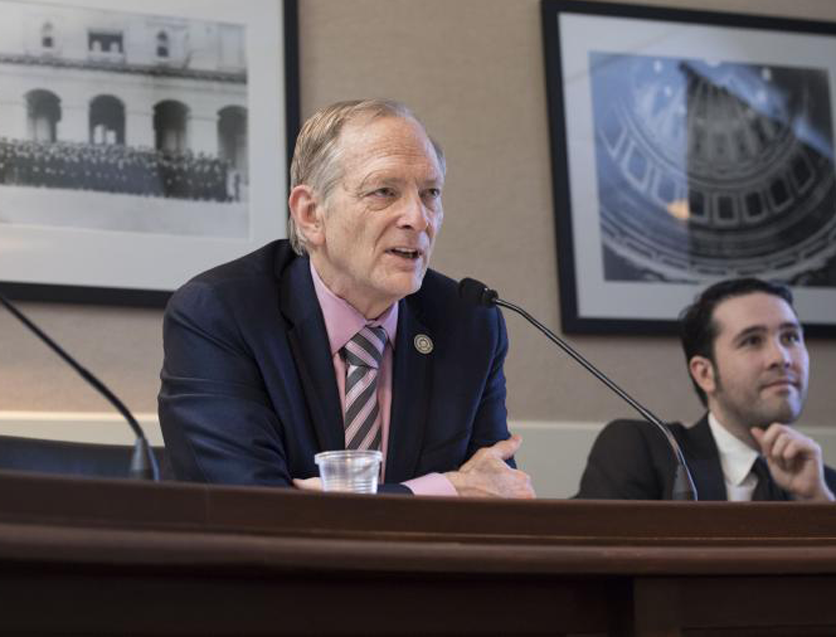 Along with developing comprehensive plans, the measure, Assembly Bill 377, would require the boards to focus enforcement efforts on the worst violators in the most impaired waterways, he explained.

“This bill is about trying to create some accountability from polluters,” said Sean Bothwell, who directs the California Coastkeeper Alliance and testified in support of AB 377. “And that is just something the opposition is not willing to support.”

Dunham said the overarching goal of the bill is laudable, but the plans would be impossible and impractical to prepare. She described water in California as a complex patchwork of agricultural drains, flood control channels, bypasses and conveyance facilities. The bill assumes water quality standards are static and water boards know how to ensure compliance and have the resources to do so, she argued.

“For agriculture, this likely means that growers would need to monitor water leaving seven million irrigated acres of agricultural land at the edge of the field—an expensive and impossible endeavor,” said Dunham.

Asm. Bill Quirk of Hayward, chair of the Environmental Safety and Toxic Materials Committee, pushed back.

“Well, we better figure out how to do this,” he said to Dunham.

The bill’s proposal to reallocate existing money at the state water board to pay for the increased enforcement raised concerns for Karen Cowan, executive director at the California Stormwater Quality Association.

“The use of those funds would be strictly limited to additional enforcement, notably not to improving water quality,” said Cowan.

Asm. Al Muratsuchi of Torrance heard the same concerns from the cities within his urban district in Los Angeles County.

“Ever since I've arrived in the State Assembly in 2012, all of my cities have emphasized how they're at risk of being bankrupt,” said Muratsuchi, who ultimately voted in favor of the bill.

As water conservation falls short, California plans for the worst
Farmworkers, climate and wildfires are the focus of new legislation in California

According to Quirk, cost would be the central issue in this debate.

“It really is about the money,” said Quirk. “If we're going to treat all of our storm runoff in the way that we treat our sewage—which is at some point what's going to be necessary—it's really, really expensive.”

He guessed the total cost for the goals in the bill could exceed $100 billion, and AB 377 is important because it would compel districts to come up with a funding plan for that. Quirk framed the discussion as a battle over climate change.

“We've got to figure out a way that we can preserve the freshwater that we need so much, the bounty of the sea,” he said. “If we don't, the planet’s going to go on. It’s seen lots of mass extinctions. Do we want to be the cause of another one—and perhaps even of our own?” 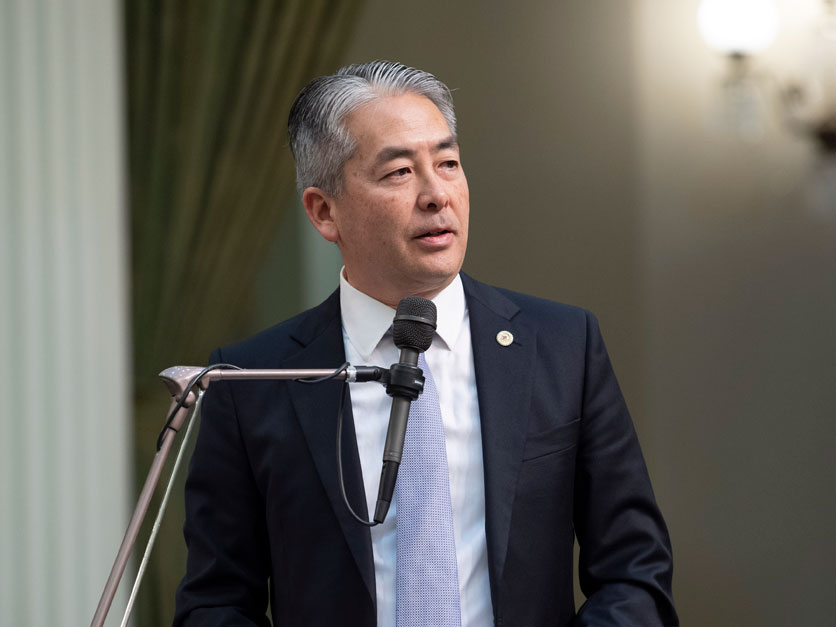 Other environmental lawmakers had no hesitation in supporting the measure, which passed the first committee along a party-line vote. Asm. Rebecca Bauer-Kahan of Orinda saw it as a “pretty simple” bill that felt like a no-brainer.

“It's asking us to do what we are already required to do: to provide clean water to California,” said Bauer-Kahan. “You're pushing the government to get to where we are supposed to already be.”

Asm. Cristina Garcia of Bell Gardens said the bill was already too pared down and wished Rivas had kept the original 2050 mandate.

Republican Asm. Devon Mathis, on the other hand, was disappointed to see an agriculture chair present a bill that was so heavily opposed by the industry.

“I strongly recommend you talk to our people we represent,” advised Mathis.

Rivas pledged to engage the opposition but was frustrated none of those groups presented him with any proposals for amendments. After several Southern California water districts called in to voice opposition, Rivas called their pushback a shame.

“This is a perfect example of these local agencies with regulatory enforcement powers who have been unwilling or unable to compel compliance,” said Rivas.

Talking on behalf of the bill’s proponents, Quirk acknowledged the Newsom administration has also had concerns over whether the bill would maintain enough regulatory flexibility with the water boards.

“We believe we've achieved that. They're not quite so sure,” he explained. “But I believe we're very close.”

Update: An earlier version of this article incorrectly stated Asm. Quirk was chair of the Labor and Employment Committee.