The Agriculture Department continues to insist that working lands will be included in the Biden administration’s goal of conserving 30% of the nation’s land and waters by 2030, as the administration prepares to flesh out the details of its 30x30 initiative.

Christy Plumer, chief conservation officer at the Theodore Roosevelt Conservation Partnership, said Tuesday she’s hearing from TRCP partners that have been in touch with the administration that an announcement is coming this week.

“We’ve heard it’s going to be a plan for a plan,” laying out what the administration envisions being included in 30x30, after which it would bring “stakeholders to the table to flesh out some of the specifics.”

Some farmers and ranchers have expressed concern about a potential “land grab” by the federal government, but Ag Secretary Tom Vilsack has insisted that’s not the case, and other USDA officials have followed suit.

Last week, it was Bill Hohenstein, director of the Office of Energy and Environmental Policy in USDA’s Office of the Chief Economist, who told a panel at the North American Agricultural Journalists conference that “this is not about takings, this is not about restricting land, this is about encouraging conservation.”

But Hohenstein offered a new rationale for land protection: “I think the more interesting part of the 30x30 conservation goal is that it gives the U.S. a platform to engage other countries where they don’t have that same legacy of conservation and as strong a track record as the U.S.” 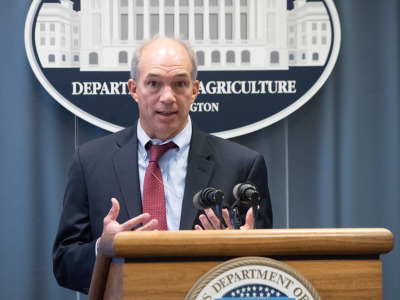 The conservation goal was included in a Jan. 27 executive order on climate change that focused on land and marine waters. Citing U.S. Geological Survey data, a fact sheet on the E.O. said “only 12% of [U.S.] lands are permanently protected. Studies show that roughly 23% of America’s ocean is currently strongly protected, with the vast majority of ocean protections found in the western Pacific Ocean.”

In the White House fact sheet, the administration said it would be working to achieve the goal “by supporting local, state, private, and tribally led nature conservation and restoration efforts that are underway across America,” which would seem to be a clear indication that it wants to emphasize conservation efforts and not permanent “hands-off” protection.

Nevertheless, the concern continues in farm country, where some have been alarmed by rumors that the Biden administration wants to place restrictions on beef, despite the administration making no such pronouncement and Vilsack's denial of the purported effort.

Last week, the National Cattlemen’s Beef Association posted an alert on Facebook saying it “is aware of claims that President Biden’s 30x30 plan would call for a drastic restriction of beef consumption. Cattle and beef producers are rightfully concerned. At this time, President Biden has not called for any reduction of beef production or consumption related to 30x30” or to the climate plan released by the White House calling for about a 50% cut in greenhouse gas emissions by 2030.

“We expect to know more about the specifics of the 30x30 plan in the coming days,” NCBA said. “Until the Administration’s plan is public, we will continue reiterating this simple fact — this Administration *needs* cattle producers to reach their goals. Without partnership through voluntary conservation programs and a two-way dialogue, any effort they make will be fragmented and ineffectual in the long-term.”

Also last week, the Interior Department sent a report to the White House on the 30x30 initiative, but no details have been released. Administration spokespeople say more information is forthcoming soon.

It’s that uncertainty that is fueling the concern among members of the American Farm Bureau Federation, says Ryan Yates, managing director of public policy at AFBF. “It's very difficult to answer a lot of the questions that we're getting from our members,” Yates says, noting that the 30x30 goal “has become a bit of a boogeyman.”

“We’re hearing what it’s not, but we’re not seeing what it is,” Yates says. “We’re eager to know more.”

Groups such as The Nature Conservancy and American Farmland Trust are working to ensure that land enrolled in working lands conservation programs such as the Environmental Quality Incentives Program and Conservation Stewardship Program are counted in calculating how the U.S. will reach the goal.

“We are very much pushing a broad definition of protection,” says Jenny Conner Nelms, TNC’s senior policy adviser for agriculture in North America. “It's got to include publicly protected areas, Indigenous lands, private working lands — all those things have to be in the mix.”

And AFT has proposed that ag’s contribution to the goal include 5% of agricultural land in permanent protection and 25% be enrolled in some type of conservation program.

The 25% plank of that proposal, “deployed through expanding existing cost-share programs” as well as the Conservation Reserve Program and Regional Conservation Partnership Program, “would conserve another 235 million acres of agricultural land.”

In all, those bench marks “would protect and conserve 275 million acres of the United States — a sizable step toward achieving the 30x30 goal,” AFT says. That comes close to 30% of the approximately 900 million acres of farmland in the U.S.

“It's not looking to basically take any of that land out of production,” says Tim Fink, the group’s policy director. 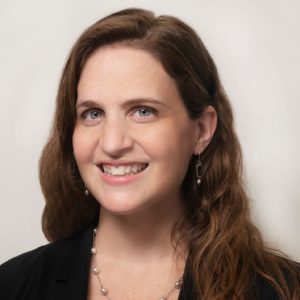 Aviva Glaser, the National Wildlife Federation’s director of agricultural policy, echoes those comments, saying the 30x30 goal “can be an opportunity to ramp up investment into conservation efforts on working lands.”

Although she says much of the initial focus around the initiative “has been on formally protected areas, and in particular, lands and waters with strict protection status, legal designations and formal protected areas alone will not achieve the 30x30 goals.”

Theodore Roosevelt Conservation Partnership’s Plumer says in some cases, even when land is classified under what is known as GAP status codes as receiving less protection — Wilderness Areas are GAP 1, conservation easements are Gap 2, and private ranches are GAP 3, for example — it may “have far more sophisticated management regimes than some of the adjacent public lands.”

Plumer also says TRCP has been “pushing really hard” to have fresh water, not just oceans, included in the 30% goal for waters, and stresses the importance of having private landowners at the table for those discussions.

Ferd Hoefner, former policy director and senior strategic adviser at the National Sustainable Agriculture Coalition and now a private consultant, questions whether anything but permanent conservation would work to achieve the goal.

“It’s legitimate to use private land that’s under some type of long-term or permanent conservation easement,” he said. But “if it means anything where any conservation dollar has ever been spent, it sort of becomes meaningless.”

Hoefner says he has no problem with counting land protected by agricultural land easements covering land and wetlands, but says while there is some data to show landowners continue to employ conservation practices after their land is no longer enrolled in USDA conservation programs, more research on that point is needed.

“When the contract’s over, the government generally stops paying attention,” he said.