Home » Daybreak May 7: What about that broadband gap?
News Politics

Daybreak May 7: What about that broadband gap?

Just in case our rural readers think they’re the only ones with rural broadband problems, it can also be a problem in the heart of our nation’s capital.

During an online congressional hearing on Thursday, USDA’s deputy undersecretary for rural development, Justin Maxson, lost his internet connection as he was being asked a question about, yes, rural broadband gaps.

Maxson, who was working from USDA’s headquarters building on the National Mall had to ask Nebraska Rep. Jeff Fortenberry, the top Republican on the Agriculture Appropriations Subcommittee, to repeat the question.

“That was perfectly on cue. Perfectly timed,” Fortenberry quipped in response.

By the way: Maxson told the panel that USDA Rural Development badly needs more staff. RD’s portfolio is twice as large as it was a decade ago with a staff that is 30% smaller, and a third of RD professionals will be eligible for retirement in three years, he said.

Agriculture Secretary Tom Vilsack says more funding will be needed for USDA’s conservation programs in order to fulfill the Biden administration’s plan to conserve 30% of the nation’s land and waters by 2030.

Vilsack stressed to reporters the importance of having “enough capacity to provide technical assistance to allow … local conservation efforts on private working lands to be funded and to be implemented."

Keep in mind: Vilsack’s comments on funding come as lawmakers, led by Senate Ag Chairwoman Debbie Stabenow, D-Mich., are trying to get a substantial increase in funding for conservation programs included in an upcoming climate and infrastructure bill.

By the way: Vilsack noted that USDA wants to increase enrollment in the Conservation Reserve Program by 4 million acres, a tall order given rising commodity prices.

Iowa Sen. Chuck Grassley said on a separate call with the media that he’s concerned that USDA’s increased payment rates could hurt ag input suppliers and processors. He said he’s worried that high CRP payment rates could price young farmers and cash-rent farmers out of the market.

Read our report on the 30x30 plan here and reaction from farm and environmental groups here.

Biden’s proposal to start taxing capital gains at death already was a challenge to get passed in the Senate. Now, 13 House Democrats are letting their leadership know that there should be a full exemption for farms included in the proposal. Democrats currently only control the House by six votes, 218-212.

“Farmers responsibly pay taxes to contribute their fair share to our country. They should not have to face tax burdens to pass their land from one generation to the next,” said Rep. Jim Costa, a California Democrat who helped organize a letter to House leaders.

Under the proposal, family-owned farm assets would be exempt from capital gains taxes only as long as the farm stays in operation.

By the way: Sen. Chuck Grassley, R-Iowa, doubts that Democrats can pass the proposal in the Senate. “I can’t visualize that they’re going to get” all 50 Democratic senators to vote in unison, he said.

Read our report on the House letter here. 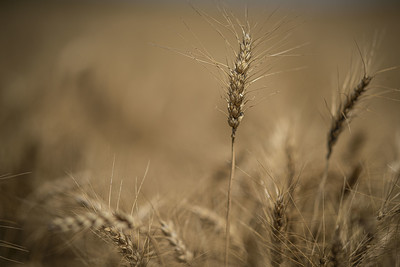 Global prices for major food commodities reached their highest level last month since May 2014, according to the UN Food and Agriculture Organization.

FAO’s Food Price Index was up 1.7% to 120.9 in April, led by strong increases in prices of sugar, followed by oils, meat, dairy and cereal grains. It was the eleventh consecutive monthly increase in the index.

China’s corn imports from the U.S. remain strong amid concerns about production in South America. The U.S. shipped 698,100 metric tons of corn to China for the seven-day period from April 23-29, helping push U.S. exports to 19% above the four-week average, according to the latest data out of USDA.

Also: The Chinese are still buying a lot of red meat from the U.S. USDA reports that China imported 3,200 tons of U.S. beef and 10,500 tons of pork for the week.

Brazil may offer growing market for US beef soon

There’s a growing demand for very high-quality beef in Brazil and the country is having trouble meeting it, despite being the second largest producer in the world, according to as new analysis by USDA’s Foreign Agricultural Service.

Brazil imported 50,800 metric tons of beef in the 2020 calendar year - more than 26% more than in 2019 – as domestic producers struggled to meet the demand for soft, juicy, well-marbled and full-flavored product.

Few of those imports are coming from the U.S. because of high tariffs and new Brazilian import restrictions, but resolutions to those problems are being negotiated, according to FAS. 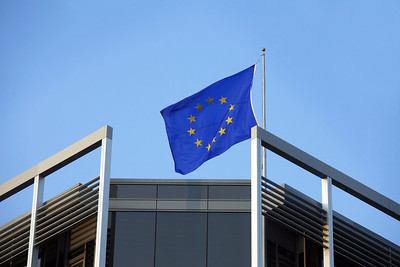 The European Union’s highest court has rejected an appeal by Bayer of a lower court ruling that banned three neonicotinoids on dozens of crops because of a potential risk to bees.

The court said the EU’s precautionary principle “implies that, where there is uncertainty as to the existence or extent of risks, in particular to the environment, protective measures may be taken … without waiting for the reality and seriousness of those risks to be fully demonstrated.”

The insecticides affected are imidacloprid, clothianidin and thiamethoxam. The first two are Bayer products. Thiamethoxam is a Syngenta product, but Syngenta didn’t appeal the lower court ruling.

He said it. “It’s more the principle of it than the 1% of farms that would be affected.” - Sen. Chuck Grassley, R-Iowa, on President Biden’s proposal to tax capital gains at death.