One of President Joe Biden’s tax proposals to address economic inequality while raising new revenue for domestic spending priorities would make it harder for farmers to use like-kind exchanges to defer taxes when they sell land to acquire other acreage.

Under Biden's proposal, future Section 1031 exchanges could be used to defer taxes on gains of no more than $500,000, a cap that would fall particularly hard on states such as California, Illinois and Iowa that have relatively high farmland values.

“For a farmer who is trying to improve their business, take in a new family member as a business partner, or a farmer who needs to buy and sell land, it’s a huge deal,” said Patricia Wolff, senior director of congressional relations for the American Farm Bureau Federation.

Like-kind exchanges typically work like this: A farmer who sells a piece of property and then buys a second piece of property doesn’t have to pay capital gains on the first tract until the second one is sold, and the farmer won’t owe any taxes if he or she dies without selling the second tract. 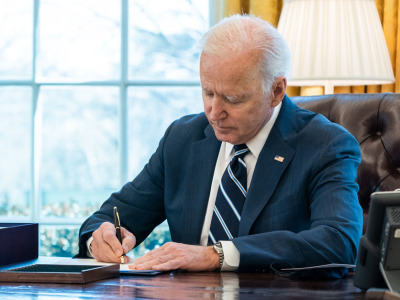 If the farmer does sell the second tract, the basis for tax purposes will be the value at which the first tract was acquired, said Beth Swanson, a tax consultant with KCoe Isom, an accounting firm that is setting up briefings with lawmakers from farm districts. Farmers commonly use Section 1031 to consolidate parcels and improve the efficiency of their operations, she said.

In addition to limiting 1031 exchanges, Biden is also proposing to raise the top capital gains tax rate to 39.6% and to tax appreciated gains at death with a provision allowing family farms to defer to the tax on farms as long as they stay in operation.

Chye-Ching Huang, a New York University tax law specialist whom Democrats asked to testify before a House Ways and Means subcommittee on Wednesday, said in a recent series of tweets that capital gains are currently “taxed at a much lower rate than the top rate on income from work — and the rate on capital gains is *zero percent* if a person holds onto an asset that’s gained in value until their death.”

Restricting like-kind exchanges to assets worth less than $500,000 is a relatively small part of the package of tax increases that Biden proposed to pay for his $1.8 trillion American Families Plan, which includes expanded funding for child care, education and health care.

"With more than 370 million acres expected to change hands in the next two decades, the policies Congress enacts now will determine agricultural producers’ ability to secure affordable land to start or expand their operations," the letter says. "Regardless of whether a business has already been passed down through multiple generations or is just starting out, the key to their longevity is a continued ability to transition when a family member or business partner dies."

Farmers could be hit hard by some aspects of Biden tax plan
Washington Week Ahead: Farmers have much at stake as House GOP rolls out tax plan
Report: House moderates signal concerns on tax, spending plan

According to the Tax Foundation, limiting like-kind exchanges would raise $7.5 billion a year. By comparison, taxing capital gains at death would raise an estimated $213 billion, and the 39.6% tax rate on capital gains would produce $116 billion in revenue.

Farmers previously could use like-kind exchanges for livestock and farm equipment until the 2017 Tax Cuts and Jobs Act restricted Section 1031 to real estate in exchange for increased business expensing.

Real estate investors are the biggest users of like-kind exchanges now, although ag tax specialists say that restricting the exchanges now would remove a valuable option for farmers.

“The policy behind the like-kind exchange — which has, in some form, been part of the tax law for more than 100 years — is that owners who exchange property for similar property haven’t changed their economic position,” Kristine Tidgren, director of Iowa State University’s Center for Agricultural Law and Taxation, wrote in an analysis of Biden's proposal.

To illustrate the potential impact of the Biden proposal, she gives the example of a western Iowa farmer who has decided to move to the eastern side of the state to be closer to the family. The farmer wants to sell his 500-acre western Iowa farm that has a basis of $600 an acre and is now worth $7,500 an acre, and buy an operation of similar value on the other side of the state. 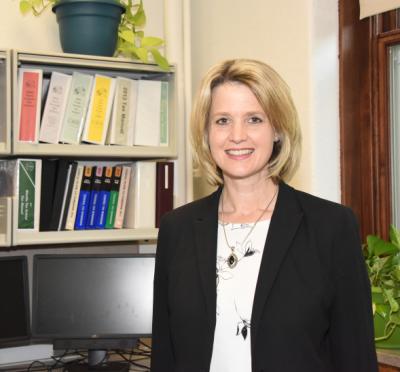 Under current law, the farmer can defer $690,000 in taxes from the gain on the western Iowa farm by purchasing the eastern Iowa operation. Under the Biden proposal, he could defer taxes on only $500,000 of his gain. Add in the higher tax rates that Biden wants, and the farmer would owe nearly $1.1 million in taxes on the sale, Tidgren says.

The American Farm Bureau Federation and National Council of Farmer Cooperatives have been working with other business groups to protect existing rules for 1031 exchanges.

In a March letter to congressional leaders, the groups said farmers, ranchers and forest owners “heavily rely” on the use of like-kind exchanges “to combine acreage, acquire higher-grade land, mitigate environmental impacts, or otherwise improve the quality of their operations.

“They may use like-kind exchanges to reconfigure their businesses so that young or beginning farmers can join the business. Retiring farmers are able to exchange their most valuable asset, their farm or ranch, for other real estate without diminishing the value of their life savings.”

A study by the accounting firm EY says like-kind exchange rules facilitate $4.4 billion in annual business investment. The revenue cost to the government is offset somewhat by a reduction in future depreciation deductions and the taxes paid when replacement assets are sold, the study said.