Rising crop prices and an economy emerging from the doldrums of the COVID-19 pandemic are creating greater demand for fertilizer, tightening supply chains and boosting input prices considerably, industry officials and observers say.

They say farmers should have enough nitrogen, phosphate and potash for their crops, but there have been issues, exacerbated by the recent cold snap in the South, a temporary shutdown of barge traffic on Mississippi due to a cracked bridge, and simply the fast-paced nature of the planting season, with getting product where it’s needed. And supplies, fueled by worldwide demand, will continue to be tight.

An example: Nutrien, the largest producer of fertilizers in the world, says it’s booked potash sales through the end of September. The company had a very good response to its summer fill program for potash, which allows buyers to lock in prices before the fall.

“At the moment, we have orders that will see us wholly committed all the way through Sept. 30,” says Chris Reynolds, the company’s senior vice president of sales. “And that's for both the North American market, but also the export or international demand we have as well.”

In fact, anticipating higher demand, the company plans to produce 700,000 more tons of potash this year compared to 2020, about 5% of its usual production, Reynolds says.

“Even with that additional supply, we're still going to be very tight because of the demand,” he says. “And it's not just about North America, but it's also an international story, as well,” mentioning higher demand from Brazil, India, China and Southeast Asia. "We're trying to keep up but again, these ag commodity prices are really fueling that demand,” Reynolds says.

“When commodity prices move higher, fertilizer prices tend to do the same thing,” says Andy Jung, director of market and strategic analysis at The Mosaic Co., a major potash and phosphate producer.

Tightening in the input markets is “really a demand issue,” says Reynolds, “where we believe growers have increased their application rates on all three products — nitrogen, phosphate, and potash.”

“Soybean, corn, even cotton prices are quite good,” Reynolds says, but adds that price increases for palm oil and wheat have also risen. The increase in commodity prices “is sending a message to growers to invest in their crop and make sure they maximize the yield of this crop, because this market needs a very high yield.”

The pandemic “has highlighted supply chain issues and problems,” Iowa State Extension economist Chad Hart says, limiting the ability “to get products where we needed in a timely manner.” 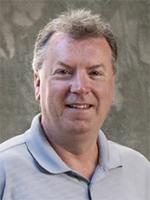 Input prices have risen quickly over the past year.

According to price tracking by Green Markets, a Bloomberg Company, the average price paid by retailers for anhydrous ammonia in the Corn Belt is at about $710/ton, up sharply over last year’s average price during the same time period of $476/ton. Diammonium phosphate (DAP) is going to retailers for about $668/ton, compared to last year’s $392.50/ton, while potash is not up as significantly, from $363/ton last year to $422.50 currently.

Input prices “have risen just about as fast as crop prices,” Hart says. “And that sort of makes sense because … farmers tend to take any money that they're getting in and reinvest it in the business.”

“With the higher ag commodity prices, I think most growers are looking to maximize their yield potential,” Jung says. He adds that Mosaic has not seen farmers cutting back on applications.

“They got what they wanted this spring, and they will have available supplies this fall,” he says, adding he believes most farmers are “much more concerned about [higher input prices] than they are about supply availability.

Hart says “farmers looked out and they saw $3/bushel corn” rise to $7/bu and soybeans go from “go from eight to the teens,” Hart says. “They turned around and said, ‘OK, we've got some money that's come in, whether it's through the market, or through some of the government support we've had over the past couple of years,’” and spent it on their operations.

The rising input prices are squeezing profit margins, he says. “The picture of extreme profitability is incorrect. The idea that just because it’s $7 [per bushel] corn for a little while” doesn't translate into record profits.

He also says it’s difficult to say what margins will be like this season because of the “moving target” of commodity and input prices. Last season, Iowa State estimated the cost of production for a bushel of corn was around $3.30, about equal to the market price.

“As we look forward into this year, we may be talking for a lot of our farmers about a $4 [per bushel] average cost to produce that bushel of corn,” he said.

Nevertheless, “even with this most recent downturn [in corn prices] of the past few days, you're still talking about $5 cash corn bids for harvest time, so that's indicating now there's still a healthy profit margin out there that farmers can capture,” he says.

“You look at an index of fertilizer prices as a basket, all products combined, are still trailing a little bit behind that oil, oil seed and grain index,” Reynolds says. 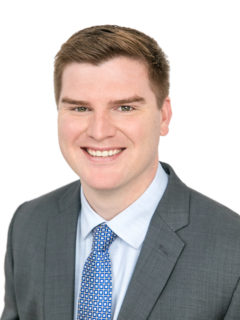 The recent shutdown of the Colonial Pipeline, which made fuel hard to come by in many areas of the country and raised prices, hasn’t helped.

“In addition to fertilizer prices, fuel as an input is putting some pressure on profits, and with the boom in crop prices, there is certainly going to be upward pressure on cash rents,” Nepveux says.

Another factor is drought. Reynolds cited USDA figures showing 46% of the continental U.S. experiencing drought conditions. “There have only been four times in the history of the drought monitor that we have seen more than 40% U.S. drought coverage as we come into early May,” USDA meteorologist Brad Rippey told Iowa radio station KMA May 10.

As for phosphate fertilizer, Mosaic’s Jung asserts, “By and large, [farmers are] not going to have trouble securing phosphates.” He says expansions in countries such as Morocco and Saudi Arabia have largely been completed but “relatively few” others are in development.

In addition, the International Trade Commission recently cleared the way for the imposition of import duties on phosphates from Morocco and Russia, raising prices for U.S. farmers.

Jung says there may be “isolated issues where there would be a supply shortfall, but that would be the exception rather than the rule.” He pointed to the Memphis bridge shutdown that led to delivery delays of more than 1,000 barges as an example of the type of “one-off events in the supply chain” that occur each year.

“But even before those countervailing import duties came into place, demand was already starting to overwhelm supply globally, not just here in North America, but really around the world because you had Brazil and India that had very good seasons last year,” Reynold says.

He says Nutrien hasn’t experienced any anhydrous ammonia shortages in its system and expects a solid side-dress season as growers try to maximize production.

“In nitrogen, we feel like we've been keeping up reasonably well, and in fact, we expect a little bit of a tail to this spring because of a strong side-dress season,” where growers apply nitrogen to the crops that have emerged from the ground,

Nebraska Farm Bureau Senior Economist Jay Rempe wrote in March that the cold snap in the South in mid-February has contributed to higher nitrogen prices. “Most fertilizer production occurs in Louisiana, Oklahoma, and Texas near plentiful stocks of natural gas, a key component in fertilizer production,” he said in an analysis of the situation.

The severe cold weather “forced the shutdown of many production facilities in these states due to power outages and loss of gas supplies,” Rempe said. “In addition, with the spike in natural gas prices caused by the cold weather, some fertilizer producers found it more profitable to sell natural gas stocks rather than produce fertilizer. These supply hiccups only exacerbated an already tight supply situation, pushing prices higher.”