President Joe Biden’s drive to shift Americans to electric vehicles, something he showcased in a visit to a Ford electric vehicle plant on Tuesday, is getting pushback from Republicans on a couple of fronts.

Republican Sen. Chuck Grassley of Iowa prefers to focus on biofuels. “Unfortunately, many of my colleagues on the other side of the aisle have their heads stuck in the sand when it comes to renewable energy sources that are already available,” Grassley told Agri-Pulse.

Meanwhile, Democrats are pushing back against GOP proposals to impose a new tax on EVs in lieu of the federal gas tax. At a Senate Finance Committee hearing on Tuesday, Sen. Debbie Stabenow, D-Mich., said any tax on EVs should be put off until they’re a larger part of the auto market.

Republicans, on the other hand, believe that “people who don't fill up their vehicle at the gasoline pump need to be paying for use of the highway like everybody else does, whether it's electric or any anything else that doesn't pay the gas tax,” Sen. Roy Blunt, R-Mo., told reporters. 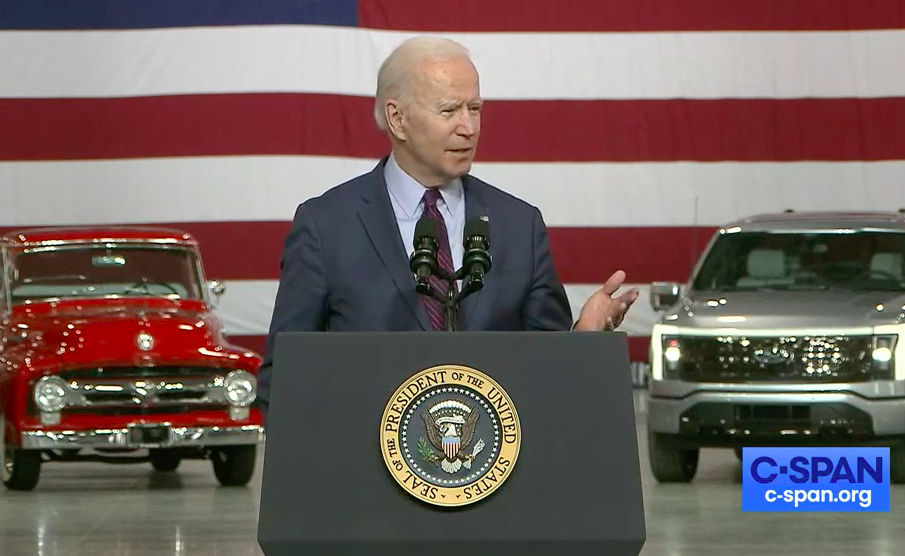 By the way: Biden test-drove the Ford F-150 Lightning and told reporters: “This sucker’s quick.” Ford told him it will go 0-60 mph in 4.4 seconds, significantly faster than the conventional F-150.

EA: Tree planting may be needed to offset ag emissions

A comprehensive new report from the International Energy Agency that outlines how nations can achieve net-zero emissions by 2050 says it may be necessary to plant trees to offset greenhouse emissions from the livestock sector and agriculture more broadly.

“Changes to farming practices and technology improvements, including changes to animal feed, could help to reduce these emissions, but it may be necessary to use afforestation to offset these emissions entirely,” the report says.

The alternative is to reduce demand for livestock products, the report said.

Take note: The report takes a “cautious” approach to the use of bioenergy to fight climate change because of concerns over the amount of land needed to grow crops to produce the energy.

“Estimates of the global sustainable bioenergy potential are subject to a high degree of uncertainty, in particular over the extent to which new land area could sustainably be converted to bioenergy production,” the report says.

By the way: Two Republican senators, Roger Marshall of Kansas and Kevin Cramer of North Dakota, are introducing a bill to bar the Biden administration from carrying out its 30x30 initiative.

“The best thing the federal government can do is trust the environmental judgment of farmers and ranchers and let them do what they do best: steward the land,” says Marshall.

Administration officials say that working ag lands will play a key role in the plan to conserve 30% of U.S. land by 2030 and that private property rights will be respected.

China buys another 1.36M tons of US corn

China is on a corn-buying spree. Chinese importers committed to buying another 1.36 million metric tons of U.S. corn for delivery in the 2021-22 marketing year, USDA reported Tuesday. That follows a USDA report on Monday that the Chinese purchased 1.7 million tons of U.S. new crop corn.

China’s modernization of its pork industry – replacing small operations with large-scale confinement operations – as the country recovers from African swine fever is a major factor in the country’s rising demand for the grain.

For more on the situation, check out this week’s Agri-Pulse newsletter. We also have reports on a recent closed-door cattle industry meeting, the Kansas City Southern merger deal, prices for crop inputs and the impact of Biden’s climate plans on rural electric co-ops. 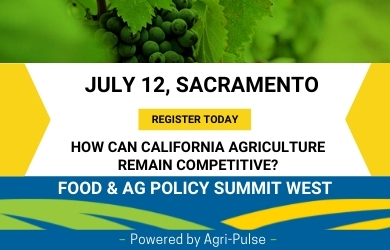 The U.S.-Mexico-Canada trade agreement “shows us that neighboring democracies, with differing economic conditions, can come together to lead a new way forward while managing our differences,” U.S. Trade Representative Katherine Tai told her Mexican and Canadian counterparts Tuesday during the first annual meeting of the renegotiated trade pact.

Sen. Chuck Grassley lauded Tai for confronting Mexico over its refusal to approve new genetically modified plant traits, but also said he wished she had been more aggressive in her criticism of Canada’s handling of the dairy quotas it agreed to under USMCA.

Take note: A senior USTR official told reporters Tuesday night that the Biden administration considers the dairy quota clash “one of our priority issues” and stressed that U.S. officials “continue to make our concerns known to them about their implementation of the dairy TRQs.”

U.S. industry groups say Canada is manipulating quotas to block the entry of products like cheese and promote the trade of U.S. products that don’t compete with Canadian products.

The European Union has agreed to postpone a planned 50% increase to its tariff on American whiskey while it negotiates with the U.S. to resolve a trade dispute over steel and aluminum trade, according to the Distilled Spirits Council.

“We greatly appreciate the Biden administration’s ongoing efforts to resolve these longstanding trade disputes and reduce the economic pain felt by those industries unfairly caught in the middle,” said Chris Swonger, president and CEO of the Distilled Spirits Council.

Hundreds of fake farms received Paycheck Protection Program loans from the Small Business Administration, according to a new report from the nonprofit journalism organization ProPublica.

ProPublica found 378 small loans totaling $7 million to fake business entities. “The overwhelming majority of them are categorized as farms, even in the unlikeliest of locales, from potato fields in Palm Beach to orange groves in Minnesota,” the report said.

Joe Mancini, mayor of Long Beach Township in New Jersey, whose address was listed as a cattle operation in PPP records, told ProPublica he has three dogs, but no cows.

SBA didn’t respond to repeated requests for comment on the report.

She said it. “That's certainly something the president has talked about and is an objective for him.” – White House press secretary Jen Psaki, asked by reporters when the presidential limousine will be electric.