A bipartisan infrastructure deal that President Joe Biden is endorsing would provide a dramatic increase in spending for rural broadband while also pouring new money into roads and bridges and U.S. waterway improvements.

According to a White House fact sheet, the agreement calls for $579 billion in new spending. Of that, $45 billion is earmarked for broadband expansion. Another $110 billion is designated for roads and bridges, $16.3 billion for ports and waterways, and $5 billion for Western water storage.

The president of the American Soybean Association, Kevin Scott, welcomed the agreement: “ASA has long championed many of the investments in this package, including ports, waterways, highways and bridges, and broadband.” He noted there are no tax increases to fund the deal, including no change to stepped-up basis.

Caution from the right: Progressives are insisting that Congress pass a separate reconciliation bill with additional spending. But Brian Riedl, a senior fellow with the conservative Manhattan Institute, says “Republicans would be idiotic” to back the infrastructure deal “without an ironclad assurance” that there won’t be a reconciliation bill with spending that the GOP kept out of this agreement.

By the way: The House Ag Appropriations Subcommittee votes today on its fiscal 2022 spending bill, which includes $907 million for rural broadband, a $115 million increase over this year. The bill also steers some USDA funding toward climate priorities.

A USDA official says the department is encouraging minority farmers to keep applying for a debt relief program despite two court orders that have halted payments nationwide.

The official, who asked not to be identified by name, said “a handful of payments” were made before a temporary restraining order was issued June 10 by U.S District Judge William Griesbach in Wisconsin. On Wednesday, a federal judge in Florida issued an injunction in a similar case after finding a white farmer was likely to prevail on his claim of unequal treatment under the law.

At a telephonic hearing Thursday, Griesbach asked the lawyers for the white farmers and the government whether he should move forward with a ruling on the plaintiffs’ preliminary injunction request. The government said there was no need, as the Florida injunction had already been issued granting plaintiffs the relief they are seeking.

However, a plaintiffs’ counsel said it would benefit the appeals court to have a ruling on the issues. It’s not uncommon for courts in different jurisdictions to enter injunctions in similar cases, the lawyer said.

Take note: Griesbach said the case is “very likely” to end up in the Supreme Court. Seven such cases are in different stages of litigation throughout the country. 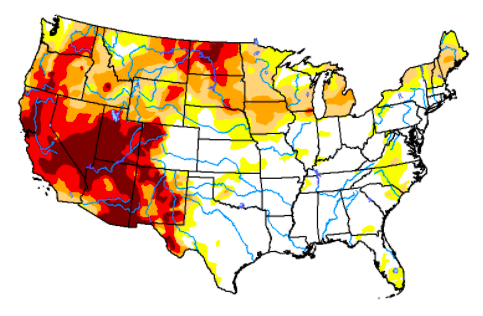 As dry weather scorches the West and Northwest and rain floods the Southeast, the top Republican on the Senate Ag Appropriations Subcommittee says he’s looking at potential disaster assistance.

Sen. John Hoeven, whose home state of North Dakota is one of those hardest hit by drought, has asked USDA to take some administrative steps to address the situation, including allowing emergency haying and grazing on Conservation Reserve Program acres before Aug. 1.

“As we work through all that, if there is some additional assistance required, we are already working forward on that,” he told Agri-Pulse.

All eyes are on the House now after the Growing Climate Solutions Act passed the Senate by an overwhelming margin on Thursday. The House Agriculture Committee's top Republican, Rep. Glenn Thompson of Pennsylvania, is still no fan of the bill. He quickly put out a statement calling the measure “a big-government solution in search of a problem.”

But a Senate GOP amendment that would have gutted the bill got just 11 votes, and that final 92-8 vote for the bill has to send a powerful message to the House.

Five progressive senators voted against the bill, but Senate Ag Chairwoman Debbie Stabenow, D-Mich., noted to reporters that President Biden supports the measure. She said she will be talking to House members about the legislation.

USTR deputy nominees get hearing, but no word on ag negotiator

Two nominees to fill deputy U.S. Trade Representative offices got their confirmation hearing in the Senate Finance Committee Thursday, but there’s still no sign of a nominee to fill the position of top agricultural negotiator.

“I think it’s critical that we get that position filled as soon as possible,” South Dakota Republican Sen. John Thune said at the hearing.

British bullish on US trade pact

The U.K. very much wants to restart negotiations on a trade agreement with the U.S., and to make that happen the British are willing to adjust to the Biden administration’s labor and environmental priorities, according to the British ambassador.

“We very much hope (the talks) can be resumed soon,” Ambassador Karen Pierce said at a Washington International Trade Association event. “The U.S. is our biggest single trading partner.”

The talks were suspended after Biden was elected in November, but hopes for an agreement rose after the countries reached a deal last week to suspend tariffs tied to aircraft subsidies. 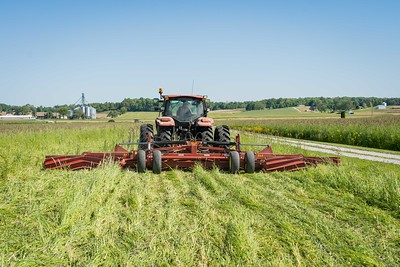 NRCS is allocating $10 million in the current fiscal year for the program and plans to expand it nationwide in FY22. For now, the program will be limited to Arkansas, Florida, Georgia, Michigan, Minnesota, Mississippi, Montana, North Carolina, Pennsylvania and Wisconsin.

State conservationists will decide the length of signup periods, said NRCS Deputy Chief for Programs Jimmy Bramblett, who urged producers to contact their local offices as soon as possible.

He said it. “Virtually every living soul in the West is collectively taking a deep breath and is worried about the prospect of infernos all over our region.” – Sen. Ron Wyden, D-Ore., talking to reporters about the ongoing drought and wildfire threat.