At the beginning of March, Bryce Meehan put in an order for more Titan implements to sell to farmers who are eager to upgrade their operations. But with manufacturers struggling to keep up with demand, it took until June 18 before the equipment was loaded on a truck to be shipped to his Arizona dealership.

Meehan, the sales manager at Team Tractor Ranch Co. in Phoenix, said various implements used to take five to six weeks to be shipped; "Now we are talking anywhere between 18-22 weeks depending on the size of the order," he said.

He expects to wait six weeks for another order of pallet forks and at least 18 weeks for posthole diggers and box blades. Right now, he's selling 75 to 85 tractors every month, but to keep up with the demand, he’s done a lot of planning and already started buying inventory for March of next year.

“It's been absolutely amazing, but at the same time, one of the hardest things to compete and combat just in implement supply of any sort,” Meehan told Agri-Pulse. “Anything that you want, you have to know that you’re going to be waiting.”

The high demand for farm equipment and issues in the supply chain have made it hard for dealers across the nation to keep their lots stocked. Orders for new equipment from several companies are taking months to fill and prices for used equipment have gone up.

“We’re looking at agricultural equipment sales trending upward,” said Ernie Goss, an economist at Creighton University. “Farmers are buying it now. The question is, can you get it?”

According to the Association of Equipment Manufacturers report, 136,227 tractors were sold from the beginning of this year through May, a 26% increase from the same months last year. Sales of combines increased 13% to 1,774 over the period.

According to Goss, there are many reasons farmers would decide to buy equipment right now. Federal Reserve interest rates are at a record low, which means that borrowing costs are low, and many farmers appear to have more spending money than in previous years. The Department of Agriculture's Economic Research Service reports farm-level average net cash income jumped from $38,000 in 2019 to $48,500 in 2020.

The age and limitations of their current equipment also persuade farmers to invest in new machinery.

“Sometimes it becomes much more effective to just buy a new piece of equipment, which is going to be more productive, and in the long run, it’s going to add to the farm productivity,” Goss said.

The heightened interest in agricultural equipment, including tractors, combines or attachments, has placed added strain on a supply chain that is currently dealing with other challenges. Scott Harris, vice president for Case IH North America, said the company has been unable to get a consistent supply of parts like semiconductors, tires and wiring harnesses.

“We operate in a global supply chain, so how the supply chain and how other countries are being impacted have a material impact on our supply to our plants,” he told Agri-Pulse. “As the pandemic has worked its way and ebbs and flows and peaks and valleys across different countries, it changes where we're seeing stress in the supply chain.” 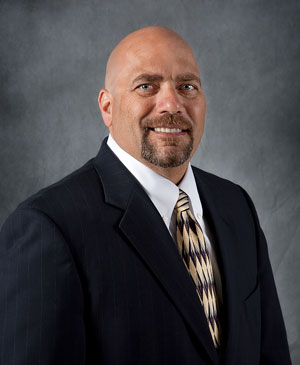 The challenge is that many of these disruptions are hard to predict. Wallace Wiggins, the global vice president of supply management and logistics at John Deere, said they crop up suddenly and usually don't last long. The majority are just temporary roadblocks for manufacturers.

“We work really closely with manufacturing to make sure if the part, the supply part is a driver, we arrange production around that,” Wiggins said. “When it's not, we continue on with production as usual. So we’ve been doing reasonably well with these random and sporadic disruptions.”

Curt Blades, the senior vice president of agricultural services and forestry for the Association of Equipment Manufacturers, said most manufacturers are seeing shortages of four key ingredients: semiconductors, steel, labor and transportation.

Market growth for semiconductors worldwide is expected to more than double in growth from 6.8% in 2020 to 19.7% in 2021, according to World Semiconductor Trade Statistics. This growth, however, came after sales of chips in the automotive industry dramatically shrank in March and April 2020. It will take time for the market to adjust to the drastic shift in consumption.

Tractors have become increasingly computerized in recent years, so microchips have become an essential part of their systems. Along with tech companies and automobile manufacturers, companies specializing in agricultural equipment are struggling to keep the production of vehicles consistent with demand.

The shortage in semiconductors has garnered the interest of several lawmakers and even President Joe Biden himself. Sens. John Cornyn, R-Texas, and Mark Warner, D-Va., and Reps. Doris Matsui, D-Calif., and Michael McCaul, R-Texas, introduced the Creating Helpful Incentives to Produce Semiconductors (CHIPS) for America Act, which was enacted into law as part of the National Defense Authorization Act in Fiscal Year 2021. The bill authorizes several incentives for semiconductor manufacturing but still requires funding.

The Biden White House included $50 billion for semiconductor manufacturing and research as a part of the administration's American Jobs Plan. U.S. Commerce Secretary Gina Raimondo stressed these measures after speaking with representatives of various companies at the Summit on Semiconductor and Supply Chain Resilience on April 12, which Biden attended as well.

“These conversations crystallize the need for the American Jobs Plan’s $50 billion investment to ensure that the government has the ability to monitor supply chain issues and the remit and tools to address them,” Raimondo said in a statement. “Passing funding for the CHIPS Act must be a priority, and I am encouraged by the bipartisan group of U.S. Senators who are working to get this done.”

Acquiring steel has also been an issue for manufacturers, with shortages of the material leading to less supply and a surge in prices.

To ramp up production of farm equipment to adequately meet demand, equipment companies also need a sufficient supply of workers. Harris said that CASE IH has been struggling to find skilled and unskilled labor — whether that be mechanics, diesel mechanics, welders or some factory line workers — for a while.

“It's going to continue to be a challenge, particularly as we work to change line rates for people and shifts in order to meet production demand,” he said.

The final struggle that equipment companies currently face is getting materials to the factories and equipment to the dealerships. But transportation, whether by ocean freight, airfreight or trucking, is something companies have to compete for within the industry and outside of it.

“Because of the increased demand and the fact that when things do finally come loose or break loose, there's a strong desire across all industries fighting for the same logistical space,” Harris said. “There’s just an incredibly high demand and it’s really difficult to receive cost increases as a result. It’s just congestion in the system.”

When combined with the heightened demand, these issues create a complex situation where equipment companies struggle to get enough implements to dealerships on time to sell to the increased number of buyers.

John Cox, owner and general manager of Cox Tractor Co. in Kingsport, Tenn., says that while sales have been good so far this year, he’s “basically selling from an empty wagon” at this point.

“Our volume of business is still decent,” he told Agri-Pulse. “We’ve had a pretty good first six months, but we have nothing to sell for the second six months and not much hope of getting anything.” 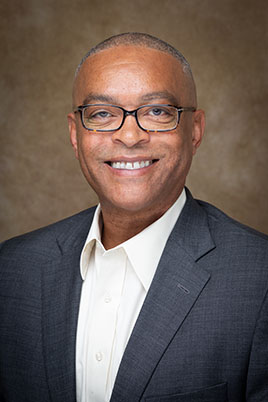 Cox says he hasn’t seen a situation like this since he began working as manager of the company, which sells tractors from Mahindra and New Holland Agriculture, in 1978.

Wiggins said the situation has forced John Deere to adapt. For example, the company has increased its company truck fleet to give extra transport capacity when necessary.

He believes that these changes will be beneficial as the company moves into the future.

“We have been tasked to think differently, to do differently and to act with speed and empowerment that maybe heretofore hasn't been present in the Deere DNA,” he said. “That's a really, really good thing because No. 1, it's actually working well — we believe — for us, but No. 2, it sets the tone for the type of business Deere wants to be as we move into the future.”

There appears to be no clear — or quick — solution to any of the challenges that are present in the supply chain at this point. Both Wiggins and Harris said their companies expect some of these issues to last through the year.

Blades said that it will take time for the supply chain to recover and for the market to adjust to the current level of demand.

“We're all trying to figure this out together, as is the administration,” he said. “If they had a solution for fixing supply chain problems, they could do it tomorrow, but there's no silver bullet other than letting the calendar turn over one more month.”