As the country, including the food and agriculture sector, continues to grapple with racial injustices brought into focus in 2020, the historically Black land-grant colleges and universities are gaining attention.

The issues facing HBCUs — and the possible approaches to fix them — are complex, but a pair of lawmakers who themselves are products of the institutions are leading efforts to improve the standing of the colleges and the students they educate.

House Agriculture Committee Chairman David Scott, D-Ga., has introduced a bill to increase, and make permanent, a fund for student scholarships on those campuses. He said the effort has bipartisan support in part because he invited many of the presidents of those universities to Capitol Hill in June to testify before the full committee. Scott said after the “1890 Land Grant Institutions: Investing for Agricultural Resiliency, Equity, and Global Impact” hearing in June that some of his colleagues told him they’d never before met a Black university president. He’s pleased with the level of interest and hopes expanding the scholarship program will help “as we lift up the greatness of our wonderful world of agriculture.” 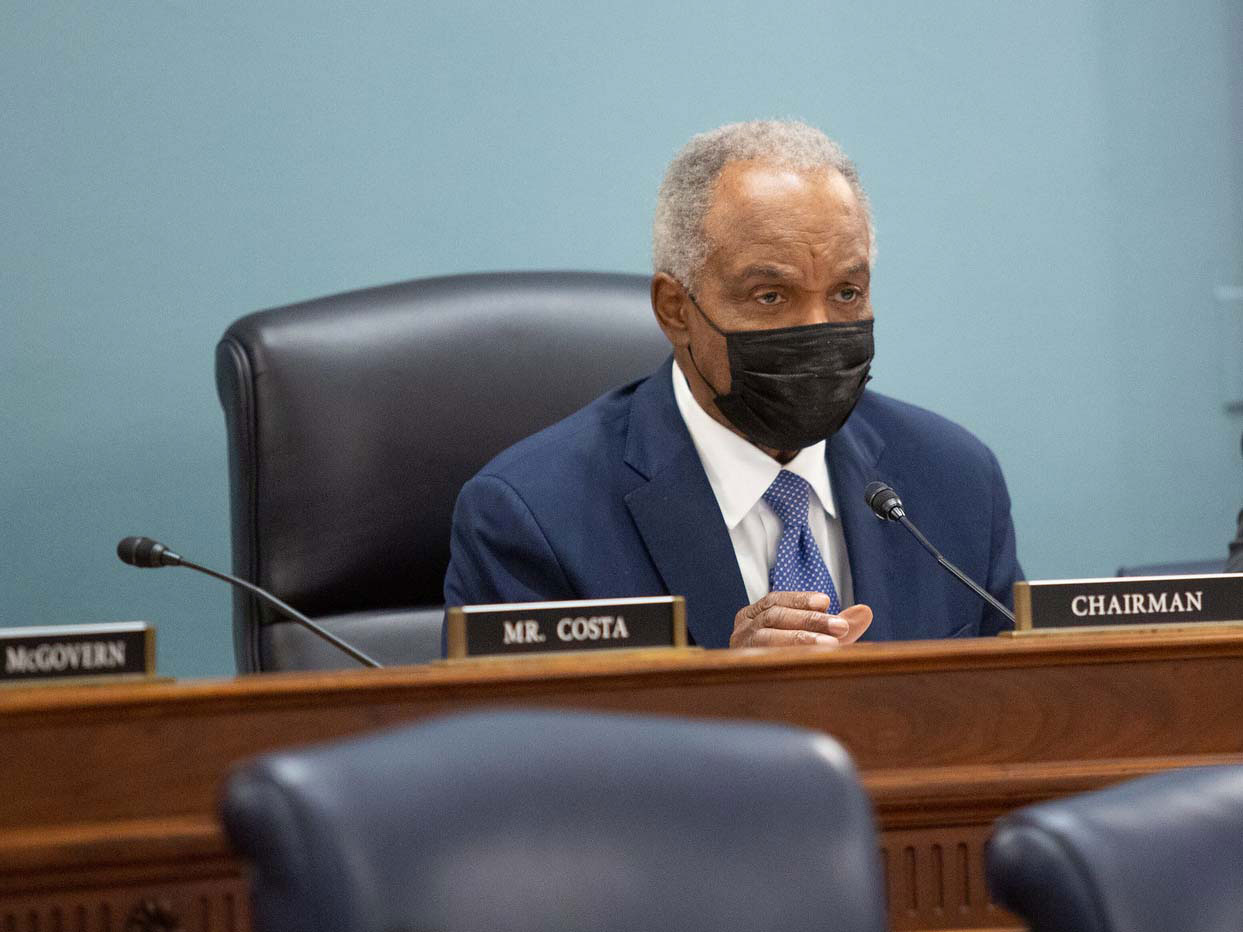 Scott said the additional legislation is necessary to ensure the funding “will always be there as our cornerstone, our anchor.”

Rep. Alma Adams, D-N.C., another ag committee member, said the committee is “trying to create opportunities” in agriculture and related academic programs to “really get young people interested in looking at this as a viable career.”

She has introduced the bipartisan, bicameral IGNITE HBCU Excellence Act, which would help make up for deferred maintenance and outdated lab facilities at the 1890s and other historically Black colleges and universities.

These efforts build upon a legacy of past and current programs aimed at addressing historical inequities in how the land-grant system has treated its HBCUs.

House Ag members, witnesses back acceleration of biotech advances in US
Report: $11.5B in lagging facilities hampering US ag research
Importance of ag research funding stressed at House hearing

“While we’ve got greatness here,” Scott said, “it is not an equal application of resources.”

That dates back to the creation of the HBCU land-grant system in 1890. The Morrill Act of 1862 launched the original land-grant program, with the federal government providing each state money to support agriculture and industrial education. After the Civil War, southern and border states would have been required to open their doors to newly freed African-Americans. Scott says the “separate but equal” doctrine in place at the time allowed states to instead designate a school where land-grant funds for Black students, researchers and (eventually) extension services would be sent. The 1890 funds went to those campuses, “but they were separate but not equal,” Scott said.

During the 20th century, various laws tried to increase the funding for all land-grants and create parity between the HBCUs and 1862s. Separate laws were passed to provide research and extension funding to the 1890s, as parallels to the legislation that provided money to the 1862s. These include the Evans Allen Act for research and Section 1444 for extension, to complement the Hatch and Smith-Lever Acts that funded those, respectively, at the 1862s.

One-to-one comparisons of funding to the original land grants and the 1890s are hard, if not impossible, to make because of the formulas used and the different sizes of the schools. In June, the Congressional Research Service presented data from the 2019-2020 school year showing that while there are three times as many predominantly white-serving land-grants as historically Black ones, the 1862s received 4.4 times as much USDA funding for research and extension. The HBCUs enroll far fewer students and the report did not break out students by whether they were in agriculture and food sciences or other disciplines. Still, Scott said disparities are obvious.

“Fort Valley (State University) here in Georgia, for example, has not nearly the value of resources in terms of … when you compare it with the University of Georgia,” Scott said. “Florida A&M does not have nearly an equitable basis, any way you look at it.”

USDA does have specific pots of money exclusively for improving the 1890s. The National Institute of Food and Agriculture’s 1890 Institution Teaching, Research and Extension Capacity Building Grants Program has announced nearly $22 million for projects ranging from research on hempseed as goat feed to curriculum expansion for merchandising, textiles and design, to outreach programs that support small producers. These grants do not require matching funds, a critical detail because for the last few decades, certain other NIFA programs have required up to a 100% nonfederal match. Most of the original land-grant universities have successfully received that matching money, and sometimes far more than required, from their home states or institutions. The historically Black land-grants have sometimes struggled to meet that requirement. 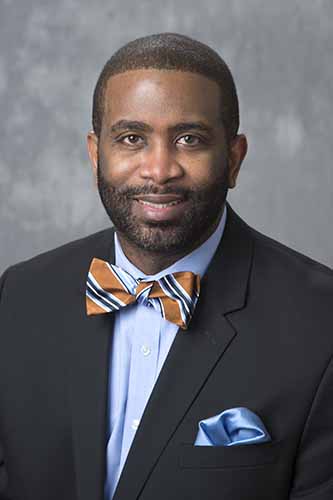 Purdue University professor Levon Esters  Congress allows the 1890 institutions to request waivers for up to 50% of the nonfederal obligation, an option not available to the predominantly white-serving institutions. A waiver allows the school to receive full federal funds even if less than the total amount is matched at the state level.

Levon Esters, a professor at Purdue University, said that while he can’t point to any concrete examples, “some states may very well use that as an out” to avoid meeting the full match expectation. He said when states are distributing funds, “HBCUs historically have always been on the short end of the stick.”

A 2013 policy brief from the Association of Public and Land-Grant Universities (APLU) showed from 2010-2012, 61% of 1890 grant recipients did not receive the full 100% match for extension or research and concludes that because of this shortage, those schools collectively missed out on more than $56 million.

In more recent years, an Agri-Pulse review of funding data found that over the period of 2018-2020, the 1862 land-grants had an average matching rate of 97% (meaning only 3% of federal funds were not matched by another source). The 1890 schools over the same period received 84% in nonfederal match money.

North Carolina State University, the state's 1862 institution, met or exceeded the matching requirement for research and extension funding while North Carolina A&T State University, the 1890, met the extension match in 2018 and 2019 but not the research match, and didn’t get a 100% match for either in 2020. No match for NC A&T has exceeded the federal allocation in those years.

Adams — who is an alumna of NC A&T, and was on the faculty of Bennett College, an HBCU women's college — said that example shows funding for the land-grant that educates primarily students of color is not a priority for the state legislature “and that's wrong.” She said when she served in the North Carolina General Assembly, she saw that “the people who are doling out the dollars, who are controlling the public purse" often overlooked NC A&T. "So we have to educate them."

In Congress, she’s found a few ways to do that. She advocated for the requirement that schools provide a report each year on the state matching allocations (which is where the data cited here comes from). She said there was also a discrepancy that allowed the 1862s to keep funds that were not spent in a certain time period, while the 1890s had to return unspent funds exceeding 20%. “To me, that's just discriminatory,” she said, so she pushed for farm bill changes that eliminated the discrepancy. 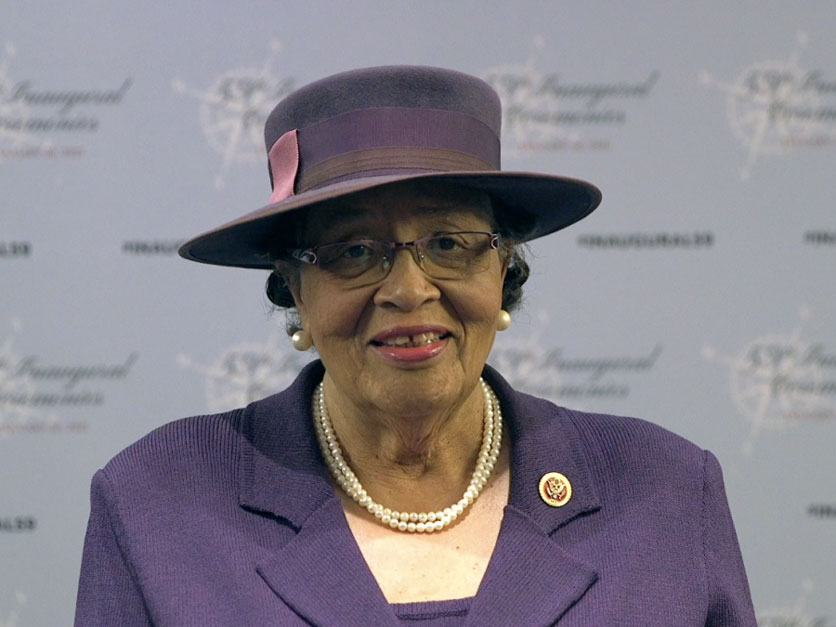 Adams said in working from Washington to improve equity for decisions largely made by states, she’s had to be mindful not to hurt the people she is trying to help. The reports and the adjustment to requirements around returning unspent funds are ways she found for Congress to improve states’ accountability without imposing penalties that might negatively impact the schools.

Esters looked at the financial standing of the 1890s in a 2018 research brief and showed that the endowment of all of the HBCU land-grant schools combined did not equal the endowment of North Carolina State University, which ranked 10th among land grant universities by endowment size. After starting from behind, he said, “it’s hard to catch up.”

Adams said some of the 1890s aspire to achieve R1 status, the highest ranking for academic research, but their outdated facilities are often unable to support the experiments faculty want to do. She said the testimony at hearings this summer and other accomplishments coming out of HBCUs should be evidence enough that investing in them is good for agriculture and many other fields.

“If we've been able to do that (much) being only 3% of all of the institutions of higher education, imagine what we could do if we had the necessary funding,” she said, referring to all HBCUs, not just the land-grant ones.

Virginia State University president Makola Abdullah, who was among the 1890 presidents who testified before the House ag committee, added that Virginia State wants to “engage young people who come into the School of Agriculture to look at farming, agribusiness, all of those things” as career opportunities for students of color.

With a nod toward the involuntary role African-Americans played in agriculture during slavery, Scott said “our heritage is intertwined with agriculture, and our future is there. And we’ve got to lift up agriculture.” Though he doesn’t want to get too far ahead of pending legislation, he said after making the scholarship program permanent, “we want to begin to reach out into areas of extension to connect our 1890 universities into similar areas where you see the 1862s are moving,” such as addressing climate change.

Ag Secretary Tom Vilsack has pledged to work toward righting some of the department’s historical wrongs. USDA “has shown through its actions that it has been resistant in the past” to address racial discrimination, Esters said. But now, as a country, “we’re at a good place for change to occur.”