A recent memo from the Farm Credit Administration to farm credit banks and associations on hemp financing has a prominent hemp industry group concerned that many growers could have difficulty obtaining loans they need to expand their operations.

FCA, however, says that was not its intent, and the informational memo, from FCA Director of Regulatory Policy Kevin Kramp, is merely meant to provide guidance to institutions thinking about lending to hemp operations.

The National Industrial Hemp Council, which represents growers, processors and other entities in the hemp supply chain, says the Farm Credit Administration is, in essence, advising its four banks and 67 associations not to lend to hemp growers unless they are in states with USDA-approved plans.

But that, NIHC says, leaves out growers licensed under state plans authorized by the pilot program for hemp established in the 2014 farm bill. That program legalized hemp production for state-administered research and marketing programs before Congress legalized hemp more broadly in the 2018 farm bill, under which states and tribes submit their plans for USDA approval. Hemp farmers in states with neither a 2014 pilot program plan nor a 2018 USDA-approved plan are required to obtain a license directly from USDA.

But Congress also gave states the option to continue operating under the 2014 program, which offers them more regulatory flexibility than the USDA regulations, and which was extended through the end of 2021 after widespread concern was expressed about testing and disposal requirements and enforcement. The FY22 Appropriations bill passed by the House last week further extends the 2014 authority through the end of 2022.

According to USDA, as of July 27, 20 states are continuing to operate under the 2014 farm bill authority, including four of the five largest programs by acreage — Colorado, Oregon, Kentucky and New York — responsible for about three-quarters of all U.S. hemp production, according to NIHC Government Affairs Committee co-chair Rick Fox.

“What we tried to convey in this memo was that if you as an institution are going to finance hemp, these are things you should consider,” said Lori Markowitz, senior policy analyst in FCA’s Office of Regulatory Policy. “It’s definitely not an absolute.”

There are still fears about lending to hemp producers because is associated with marijuana — which remains illegal under federal law. Both are cannabis plants, but hemp is defined as having below 0.3%.THC.

"From a lending perspective, this slim margin of error presents risk that may make some banks hesitant to serve these businesses, particularly banks that lack the resources to ensure a business is complying with that threshold," an American Bankers Association spokesperson said in a statement published in the Columbus (Ohio) Dispatch.

Mark Hayes, spokesman for the Farm Credit Council, the trade association representing farm credit institutions, said a handful of member institutions it contacted said the memo had not raised any concerns about lending to producers in states operating under the pilot program.

However, Fox, a hemp grower in Vermont, said the memo’s emphasis on the 2018 farm bill program and USDA regs and its “silence regarding producers in 2014 states (i.e., not subject to USDA approval), will likely deter lenders from financing any such hemp producers out of perceived risk.”

NIHC also is concerned about USDA Rural Development grant programs that are closed to hemp producers operating in states without approved USDA plans. In rules issued for value-added grants and the Rural Energy for America program, RD said, “Given the absence of federal oversight or regulations governing the 2014 Farm Bill pilot program, Rural Development will not award funds to any project proposing to produce, procure, supply or market any component of the hemp plant or hemp-related by-products, or provide technical assistance related to such products, produced under 2014 Farm Bill authority.” 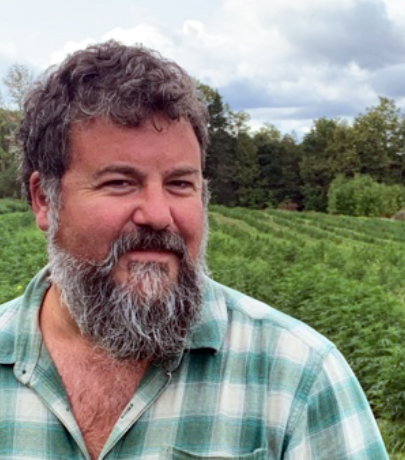 “Here again, the overwhelming majority of all the acres licensed for hemp production are not eligible for Rural Development funding,” Fox said. “And we are not aware of any statutory basis for that determination.”

Fox says USDA is being inconsistent in its oversight of hemp — allowing crop insurance and export promotion funding for all licensed producers regardless of their states’ 2014 or 2018 status, for example, but not REAP or Value-Added Producer Grants. He says other inconsistencies persist as well, such as the ineligibility of hemp for specialty crop funding even though most hemp in the U.S. is grown as a horticultural crop that meets the statutory requirements for specialty-crop designation.

“Congress has repeatedly stated its intention that hemp is an agricultural commodity and worthy of USDA’s full support as the primary authority for hemp production in the United States,” Fox says. “After decades of prohibition USDA’s reticence and risk-aversion is understandable, but it’s restricting capital and restricting access to financial services and it’s time to get over it.”

Markowitz suggested NIHC reach out to FCA to discuss the matter.