Under a rule proposed by the California Department of Agriculture, farms must provide a minimum of 24 square feet of “usable floor space per breeding pig” in an enclosure. The regulations, which were required by a 2018 ballot initiative known as Proposition 12, take effect Jan. 1, 2022. The rule will be finalized once the formal comment periods are completed, the agency told Agri-Pulse.

According to a recent Rabobank report, only 4% of U.S. producers comply. Producers will have to either reduce the number of sows and keep the same square footage or build another housing barn to become compliant. Many sow barns currently provide about 16 to 20 square feet per animal.

Terry Wolters, a pork producer in southwest Minnesota, said he's not going to make any changes in his operation until the state finalizes its regulations. “How do we pay for what we are being asked to do when we really don’t know what it’s really going to be from the state of California?” he told Agri-Pulse.

As it stands now, pork producers are in a “limbo phase” of not knowing what to expect from CDFA, said Wolters, who is president-elect of the National Pork Producers Council.

Wolters said he currently uses individual stalls for housing and would be forced to remove those stalls to create a bigger gestation pen. Most producers use gestation stalls as a way to protect newborn piglets from other aggressive sows who might injure them. He said his newest facility is six years old with "20 to 30 years" of use still left and another was built in the late 1990s. He contends significant remodeling would need to be completed. 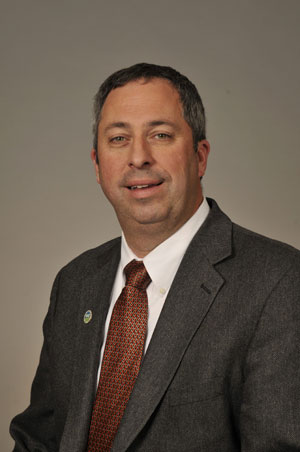 Christine McCracken, executive director of animal protein at Rabobank, said the California regulations will mean a 25% reduction in housing density on sow operations.

She said a typical sow barn in compliance currently costs $3,000 per sow; whereas the cost of a noncompliant unit is averaging $2,000-$2,200/head in construction costs. Producers would be forced to build additional barns at the cost of $3 to $4 million per barn for producers who have flexibility at existing operations, she noted. McCracken did state costs would vary based on the size of the operation, the current state of housing, location and how the producer intends to adjust to meet the mandate.

According to another analysis by Barry Goodwin, an economist with North Carolina State University, hog farmers are going to be forced to incur the costs of extensive renovations or the construction of new facilities, currently estimated at $3,500 or more per sow.

The National Pork Producers Council challenged the rule in the 9th U.S. Circuit Court of Appeals with the American Farm Bureau Federation, but a three-judge panel upheld the proposition.

“For dormant Commerce Clause purposes, laws that increase compliance costs, without more, do not constitute a significant burden on interstate commerce,” the panel wrote in its opinion.

NPPC officials said they were exploring other options. The group also submitted comments to CFDA on July 12 asking for a two-year delay from the date when the regulations are finalized.

Republican Sens. Chuck Grassley and Joni Ernst of Iowa, Roger Marshall of Kansas, and John Cornyn of Texas introduced a bill last week aiming to "prohibit state and local governments from interfering with the production or manufacture of agricultural products in other states and challenges those states from interfering in interstate commerce." However, those governments would still be able to regulate farming and ranching within their own state.

McCracken said the rule presents a problem not just for producers, but also for processors.

“Because live animal production is a lengthy process, those changes need to be months in advance. Setting back that rulemaking process really has created a bit of a conundrum,” she told Agri-Pulse.

McCracken expected the rule to cost the industry “hundreds of millions of dollars” overall. She said there are some ways to manage challenges, such as a producer reducing the number of pigs in a barn, but noted that packing plants take a certain number of pigs for processing.

“If you reduce those numbers ... it creates some logistical issues for packing plants. They need to find new sources of pigs and those just don’t exist overnight,” she said.

California also accounts for 15% of pork consumption in the U.S. and McCracken doesn't think consumers there are aware that the regulations will cause prices to go up. 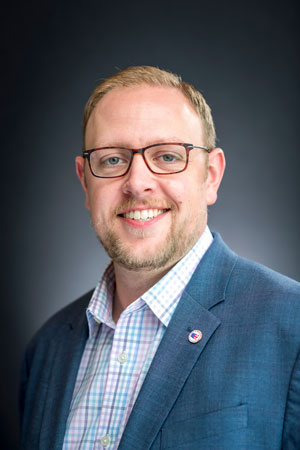 “The largest consumers of pork in California tend to be some of the lower-income groups so it does feel a bit discriminatory from that perspective,” McCracken said.

Other states are looking at similar actions but are watching to see what California ends up doing, she stated.

Travis Arp, senior director of export services at the U.S. Meat Export Federation, said the rule will affect international trade by posing logistical challenges for meat being exported through California to Asia. According to USMEF, last year the U.S. exported 3 million metric tons of pork and pork variety meat. This included 2.1 MMT shipped by ocean freight. Of the 2.1 MMT shipped by ocean freight, 53%, or 1.1 MMT, traveled through California ports.

“One of the main issues in the proposed regulatory text, is that product transiting through the state of California, whether or not it's destined to be sold in California, has to be identified on commercial documents” as compliant, Arp said.

If pork is not Proposition 12-compliant, and the foreign buyer was to cancel an order, the affected product would have to be sold somewhere domestically other than California, he said.