More than 200 groups, including a wide range of environmental organizations, are calling on Democratic congressional leaders today to use their reconciliation package to significantly increase funding for conservation programs.

Senate Ag Chairwoman Debbie Stabenow, D-Mich., has been seeking to put $50 billion in new conservation funding in the legislation.

“Increasing funding for USDA’s popular and effective Farm Bill conservation programs is one of the quickest and most practical ways to directly equip farmers and ranchers, energize rural economies, improve climate resilience, and ensure that agriculture is part of the solution to climate change,” the groups say in a letter to House Speaker Nancy Pelosi, D-Calif., and Senate Majority Leader Charles Schumer, D-N.Y.

Bill Northey, who was USDA’s undersecretary for farm production and conservation during the Trump administration, also supports the effort to increase farm bill funding. “If we're going to ask farmers to do more, we need more dollars to do it,” he said during an appearance Tuesday at Minnesota Farmfest.

That’s likely because farmers can qualify for CSP with practices that are less costly than cover crops, says Rod Rejesus, who presented the research at the Agricultural and Applied Economics Association’s annual meeting. If so, cover crops may need higher CSP incentives.

For a look at some budget issues around the potential conservation funding, check out our Agri-Pulse newsletter. 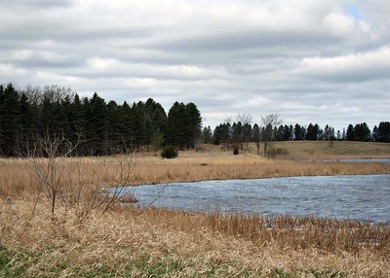 EPA and the Army Corps of Engineers are asking for feedback on a variety of thorny issues as they seek to craft a definition of “waters of the U.S.” that can survive successive administrations.

In a Federal Register notice published today, the agencies request comments on such issues as when ditches should be regulated by the Clean Water Act, and how prairie potholes and other intrastate, non-navigable waters should be treated.

Take note: The agencies say they “have substantial and legitimate concerns” that the Trump administration’s Navigable Waters Protection Act “did not appropriately consider the effect of the revised definition of ‘waters of the United States’ on the integrity of the nation’s waters.”

The Trump rule is still the law of the land until EPA and the Corps take the first step in their WOTUS revision process by adopting a “foundational rule” returning regulations to their pre-2015 status — in other words, before the Obama administration’s WOTUS rule.

The United Food and Commercial Workers International Union says it’s encouraging members to get vaccinated, against COVID-19, but UFCW criticized Tyson Foods for requiring that workers get the shots.

The meat giant said yesterday it’s mandating vaccinations for the approximately half of its 120,000 workers who have not gotten shots. About 24,000 are represented by UFCW.

UFCW President Marc Perrone said “as the union for Tyson meatpacking workers, UFCW has made clear that this vaccine mandate must be negotiated so that these workers have a voice in the new policy.”

Perrone said the concerns stem from the fact that the FDA has not yet fully approved the vaccines. “We believe the FDA must provide full approval of the vaccines and help address some of the questions and concerns that workers have,” Perrone said. 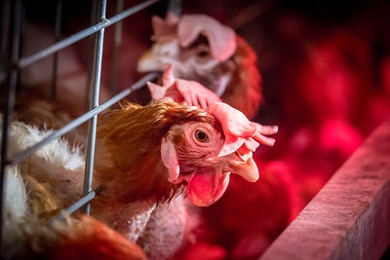 Two Senate Republicans will be introducing a bill later this week to shield pork and egg producers from California’s housing requirements for pigs and egg-laying hens. The Proposition 12 rules take effect Jan. 1.

The Exposing Agricultural Trade Suppression Act would give farmers “the freedom to operate their farms as they see fit and sell their products in every state,” Sen. Chuck Grassley, R-Iowa, told reporters. Sen. Roger Marshall, R-Kan., is co-sponsoring the measure.

Keep in mind: Congress is usually reluctant to override state regulations like these. One notable exception was the biotech disclosure law that passed in 2016 to nullify state GMO labeling rules.

Grassley is trying to turn up the pressure on the Biden administration to name someone to be the top agriculture trade negotiator at the Office of the U.S. Trade Representative.

Grassley, who is one voice in the growing chorus of lawmakers and industry representatives pushing for the deputy USTR position to be filled, told reporters Tuesday that he’s “suggested some names” to USTR Katherine Tai, but declined to say whom he recommended.

The USTR needs a strong ag negotiator, Grassley said, because it’s the ag issues that are often core to completing new free trade agreements, and “having a strong agriculture negotiator in that position would be very important.”

The peppers weren’t the hottest commodity on a truck stopped at the Canadian border by U.S. Customs and Border Protection last Thursday. Inspectors in Sweetgrass, Mont., discovered about 70 pounds of cocaine hidden in a shipment of watermelons and peppers on their way to Canada.

“The ability to facilitate lawful trade and travel while sustaining a focus on enforcement, is critical to our border security mission,” said Jason Greene, director of the Sweetgrass Port of Entry. CBP turned the case over to the U.S. attorney for prosecution.

He said it. “I don’t know why anyone would want to live in a state where it is almost impossible to buy bacon.” Sen. Chuck Grassley, R-Iowa, talking to reporters about the impact of California’s Proposition 12.