With California's Gubernatorial recall election coming up within a few more weeks, Republican frontrunners are turning up the heat on the campaign trail and blaming the Newsom administration for failing to plan for drought as well as for rising energy costs and high taxes.

A Republican debate among four of the leading candidates last week at the Nixon Library in Orange County brought the latest campaign messaging into focus. In opening the debate, former U.S. Representative Doug Ose immediately pledged to invest in new water infrastructure if elected governor.

“The first thing I'm going to do is I'm firing the guy that's preventing the construction of new water storage,” said Ose, who represented the Sacramento Valley from 1999 to 2005. “If we increase supply, it benefits not only farmers but also cities and the environmental community.”

Ose would revive a water project he advocated for at the start of his term, the Sites Reservoir, planned for an area west of Colusa. Ose said he would also support funding for Temperance Flat. Project managers put that proposal on an indefinite pause last year after failing to gather enough investment to meet a critical deadline for gaining matching dollars from the federal government.

Ose would also invest in reusing wastewater to supply farm irrigation—an approach that has gained ground in some counties but has been limited by funding constraints.

During the debate, Ose branded himself as “your guy if water is the issue.”

“There's one farmer in this race,” said Ose, who with his sisters grows rice on 1,000 acres. “Water is not theoretical to me. … These guys all know the story. I live it.”

One of those recall opponents, former San Diego Mayor Kevin Faulconer, also referenced the two reservoir proposals when debate moderator and conservative talk radio host Hugh Hewitt asked how he would respond to a State Water Resources Control Board decision “that is causing for the second time in a decade devastation to agricultural businesses.” The board had approved a day earlier a regulation granting it new authority to curtail senior water rights in the Sacramento–San Joaquin Delta and ramp up enforcement for illegal diverters.

“[I would] stop them,” responded Faulconer. “Agriculture is so incredibly important to our state, our community.”

Faulconer had visited Fresno the week earlier to discuss water issues with local farmers dealing with near-zero water allocations due to the drought. He stood outside of a branch office for the Department of Water Resources and promised to bring the political will needed to apply existing water bond funds—such as millions in unspent dollars from the voter-approved 2014 Proposition 1 water bond—to improving California water infrastructure.

“We're the breadbasket for the nation,” he said at the debate. “Yet we have a governor that has not done a thing to increase water supply in California.”

Faulconer argued Gov. Gavin Newsom and legislators have allowed “far-left environmentalists” to stop them from advancing storage projects. The California Water Commission, however, was the agency responsible for the decision to reduce Prop. 1 allocations for the Temperance Flat and Sites projects in 2018, before Newsom took office.

“[Farmers] deserve a governor that's not going to ignore the central goal,” he said. “If we don't, why do we expect anything to be different year after year when we have drought conditions?”

Faulconer has been running ads on social media calling for more storage “to prevent future droughts and help our farmers.”

In his talking points, Faulconer referenced San Diego’s initiative to launch one of the largest water recycling projects in California. The city has set a recycling goal of 40% of its supply by the end of 2035. The city council had advanced the project in Faulconer’s first year as mayor. 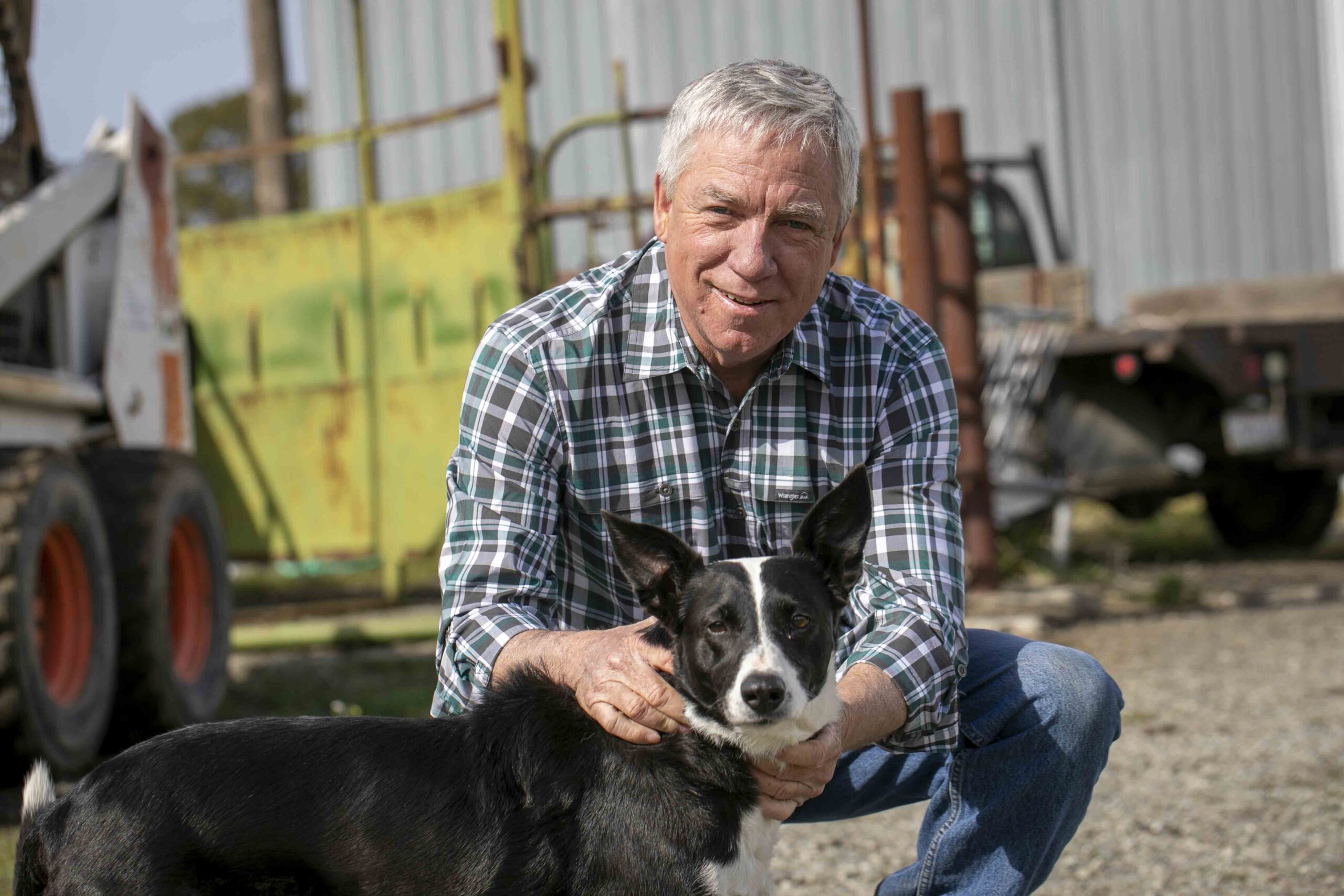 Faulconer also took credit for spending his last year and a half as mayor working to get the United States-Mexico-Canada Agreement across the finish line. He said USMCA will strengthen trade rules to help small businesses compete with major exporters like China.

When asked about the state water board decision, Assemblymember Kevin Kiley of Rocklin criticized it as a political choice.

“We rely on our farmers for our food supply,” said Kiley. “We absolutely cannot have them be the first to have to face rationing and cutbacks whenever we hit these dry spells.”

Kiley took aim at comments about climate change made by CDFA Secretary Karen Ross when she testified to the board in support of the Delta order.

Newsom's drought emergency raises concerns for water rights and the influence of a recall
After court ruling, Water Board updates California’s version of WOTUS
Drought cutbacks may come in the form of voluntary agreements

“Mother Nature will always rule the day, and Mother Nature and climate change have brought us the situation that we have,” Ross told the board.

Kiley labeled her statement as not true.

“The reason we're facing these cutbacks is because of political choices that we have made,” said Kiley. “Endemic to our climate are periods of wetness and dryness.”

He called the State Water Project a marvel of engineering in the 1960s but said the state rested on its laurels by not expanding capacity in a significant way since then.

Kiley rose in the state’s Republican ranks recently after securing a legal victory in his lawsuit attempting to limit Newsom’s pandemic emergency powers, which was later overturned by an appeals court. He has been a steadfast critic of the governor in Assembly hearings.

Kiley revealed during the debate his plan for a constitutional amendment in the Assembly that would dedicate a portion of General Fund tax dollars every year to investing in water storage projects.

In a rapid-fire delivery of key talking points, Kiley ran through several other hot-button issues facing business owners in California. He promised to roll back the Private Attorneys General Act (PAGA), a 2004 measure often blamed for ramping up the number of lawsuits pitted against employers over labor violations. Kiley would repeal the 2019 independent contractor law known as AB 5 and initiate “a systematic review of every regulation that needlessly makes it so difficult to do business in California.”

Like Faulconer, John Cox said he would immediately “countermand” the state water board’s Delta regulation, and he blamed politicians and celebrity insiders for “running this state into the ground.”

The San Diego businessman and millionaire was the Republican pick to run against Newsom in the 2018 gubernatorial race. The party last weekend chose not to endorse an individual candidate for the recall race.

“The California water project was a miracle,” said Cox. “It turned this wonderful Central Valley into the fruit basket of the world. … We need to make sure that we have water for the future as well as for the people that are here.”

Cox also pushed for more desalination projects, an issue Newsom has supported to the opposition of environmentalists. In calling for better forest management to prevent wildfires, Cox said the state needs to revive the timber industry.

“We used to have 100 sawmills in the state, and we ran them out of business with regulations,” he said. “They would clean the forest. They would build fire breaks. They would help make sure that fires were controlled.”

He added that politicians must stop blaming climate change and other “external sources.” Cox gained widespread media attention from the debate for proposing to cut the state income tax by 25% across the board and reduce government spending. He also vowed to bring in more energy sources to slash electricity costs.

“Businesses that rely on electricity tell me they're paying two, three or four times what their subsidiaries pay in other states,” said Cox.

Conservative talk radio host Larry Elder, who has jumped to the top of the polls among the 46 recall candidates, spent the evening at a donation drive in Bakersfield rather than at the debate. Like many Republicans, Elder has criticized Newsom over allegations that he held back wildfire prevention spending. And in alignment with the four candidates on stage, Elder contends that upgrading water infrastructure would be the most important step in responding to the drought.

“Our water infrastructure has not kept pace,” argues Elder on his campaign website. “It was built to support a population half the size of what California has today! Before we waste any more money, let’s invest in that.”

He argues Sacramento politicians were asleep at the wheel for prioritizing a high-speed bullet train over water supplies.

Another prominent Republican running in the recall, reality star and former Olympian Caitlyn Jenner was unable to attend the debate due to a prior commitment for filming Australia’s version of Celebrity Big Brother. Jenner has also supported building more desalination plants to deal with drought.

The recall election is scheduled for September 14, though voters have already been receiving mail-in ballots.