Ranchers and gray wolf advocates are at odds over the practice of killing wolves to reduce conflicts with livestock, which, if numbers get low enough, could force the Fish and Wildlife Service to put the animals back on the endangered species list.

Nowhere is the fight more evident than in Idaho, where new legislation allows for hunting, trapping and baiting of wolves on private land year-round, and expanded hunting methods starting in November “in areas with a history of chronic livestock depredation, or where elk herds are below management objectives.”

The two sides don’t agree on much. Advocates say the percentage of cattle killed by wolves is minuscule, making the legislature’s action overkill, and that non-lethal methods should be widely employed. Suzanne Asha Stone, who founded a group to help sheep herders use non-lethal methods to deter wolves, says the percentage of cattle killed in the state by wolves is one-tenth of 1%.

Ranchers counter that the number of cattle killed by wolves is surely higher and that the tiny percentage encompasses all cattle, including dairy cows. On the range, it’s sometimes difficult or impossible to determine precisely how an animal died because its carcass deteriorates quickly, they say.

“You’re not going to find all the cattle consumed or depredated on by wolves,” says Cameron Mulrony, executive vice president of the Idaho Cattle Association, adding that despite what the numbers might show, “If it affects you, it’s a lot higher than that.”

Mulrony says ranchers need the wolf control program because the predators are smart and become more dangerous to herds once “they’ve acquired a taste for beef cattle.”

One point of contention involves the language of the legislation itself, signed by Gov. Brad Little in May. Wolf advocates say it would allow the killing of up to 90% of the state’s wolves, which the latest count shows are at about 1,500 in the state. 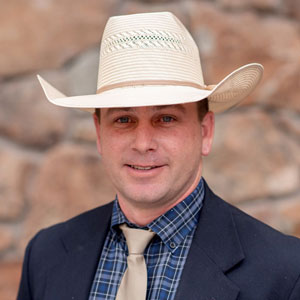 They say the legislation is aimed at reducing wolves to the bare minimum of 15 packs (or about 150 wolves) allowed for by the state's 2002 wolf management plan.

To Stone, the legislation’s authorization to kill wolves amounts to “an eradication effort. This is not a hunt. It’s killing wolf pups in dens and nursing moms and doing it year-round without limits.”

The Idaho Department of Fish and Game insists, however, that the legislation does not rely on the 2002 plan and that the state has no plans to reduce wolf populations by 90%. “We’re trying to reduce conflict, not trying to reduce wolf populations,” IDFG spokesman Roger Phillips says. Harvest of wolves in the state has ranged in the past from about 300 to 600 wolves annually, which has allowed the population to rebound, he says.

Phillips acknowledges that the legislation sets no limits on the number of wolves an individual can take, but adds, “Basically, what we’ve seen over time when we’ve liberalized hunting and trapping, we’ve never seen a big dramatic spike in harvest.”

“If we ever got to the point where we were concerned, we’d know about it well in advance” and could take action, he said.

In delisting wolves in the northern Rockies in 2011, FWS said Montana, Wyoming and Idaho needed to maintain a minimum of 15 breeding pairs and 150 wolves to avoid having FWS “relist” the wolves as threatened or endangered.

“One way or another, 150 wolves is the floor where the FWS has said relisting would become a real prospect, and the State of Idaho recognizes that (as does the State of Wyoming, as evidenced by its policy to manage for 160 wolves),” said Talasi Brooks, an attorney with Western Watersheds Project. "But the FWS never really thought the wolf population would fall as low as 450 in the Northern Rockies. In light of these brutal new state laws aiming to kill hundreds of wolves in Idaho and Montana, combined with Wyoming's already-inadequate wolf management objectives, it's clear the species needs federal protection."

Mulrony, however, agreed with IDFG that the legislation does not use the 2002 management plan as a benchmark. Even so, says Mulrony, “We’re not going to get to that number.” He adds that “these wolves are prolific. They’re smart. They are well-positioned to expand even with this legislation.”

Stone and Brian Bean, an Idaho sheep rancher who has been dealing with gray wolf depredation for more than eighteen years, say non-lethal controls — including foxlights, noisemakers and having someone with the animals at all times during grazing — are a proven method for avoiding conflicts with wolves. Stone founded Wood River Wolf Project to do just that. Bean is a member of the steering committee for the group, which focuses on reducing sheep-wolf conflicts in the Ketchum Ranger District, which does not have cattle allotments.

Bean said in the last five to eight years, much more has been learned about how to avoid those fatal interactions between cattle and not just wolves, but other predators such as coyotes and bears. “It’s true that some non-lethal techniques will work for cattle, but there’s more work to be done,” he says.

In the end, he says he’d rather keep his sheep alive than ask for lethal control after livestock have been killed.

Stone points to research conducted by the group showing that non-lethal controls result in much lower levels of predation than where they are not employed. Over a seven-year period, “sheep depredation losses to wolves were 3.5 times higher” in the area where non-lethal controls were not used, their paper, in the Journal of Mammalogy, says. 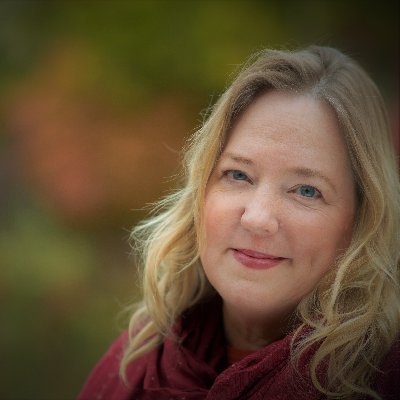 Bean also says the cost of killing wolves through a lethal control action averages about $8,000 per wolf but can be several times that, and that the number of livestock lost to wolf predation – and the value of that livestock – does not come close to justifying the expense. But Mulrony says that only takes into account market value, not the potential future value of a female or a bull to be sold for breeding.

Mulrony says “nonlethal methods can be effective in the short term” but that once wolves learn they really have nothing to fear, they become less effective.

Western Watersheds and dozens of other groups petitioned FWS July 29 to list wolves in the western U.S. as endangered. They are seeking protection for wolves in Idaho, Montana, Wyoming, Utah, Oregon, Washington, Colorado, California, Nevada, and northern Arizona.

“The re-listing of these wolves as a Distinct Population Segment should be a priority for prompt action because new laws in Idaho and Montana, and longstanding wolf management in Wyoming, are intended to reduce gray wolf populations in the core wolf recovery zone by 85 to 90 percent by incentivizing wolf killing and authorizing use of new methods to kill wolves. This decimation could happen in a very short span of time, several years or less,” the petition says.

Another lawsuit is proceeding in California seeking listing of wolves throughout the U.S. The American Farm Bureau Federation and National Cattlemen’s Beef Association sought to intervene in the case to defend the delisting, announced last year, but their request was denied by the judge in the case.

However, “Since the motions were filed, gray wolves continue to pose a threat to ranchers and their livestock, which is why it is so crucial that the delisting stands and states are able to manage wolves where conflicts occur. Gray wolves are recovered, populations are robust, and Endangered Species Act protections are unnecessary. No court should undermine this historic recovery effort. NCBA, PLC, and our partners will continue to support the science-based delisting rule so that ranchers and rural communities can rely on wolf management based in science and law.”