The Biden administration is putting an end to the use of chlorpyrifos insecticide on food crops, provoking a backlash from some ag groups.

“This administration has repeatedly made commitments to abide by science, yet the EPA decision on chlorpyrifos strays from that commitment and takes away an important tool to manage pests and insects,” said Zippy Duvall, president of the American Farm Bureau Federation. “We urge EPA officials not to make determinations on pesticides outside of the regular registration review process already underway.”

But Michal Freedhoff, assistant administrator for EPA’s Office of Chemical Safety and Pollution Prevention, told the federal National Environmental Justice Advisory Committee that the agency’s decision was a “pivotal step” in protecting the health of farmworkers and children.

“The science has shown us that chlorpyrifos causes adverse neurological impacts,” she said.

Keep in mind: The 9th U.S. Circuit Court of Appeals had ordered EPA to either modify or revoke its tolerances for chlorpyrifos by Friday. The court said EPA was unable to show the insecticide was safe.

EPA “has spent more than a decade assembling a record of chlorpyrifos’s ill effects and has repeatedly determined, based on that record, that it cannot conclude, to the statutorily required standard of reasonable certainty, that the present tolerances are causing no harm,” the court said.

But the Agricultural Retailers Association, whose members sell pesticides and provide pest control services, said the appeals court had improperly “substituted its judgment” for EPA’s. “Not only is this an unjustified usurpation of the agency’s authority and expertise, but canceling tolerances for a product that remains registered for use creates uncertainty for users,” the group said. 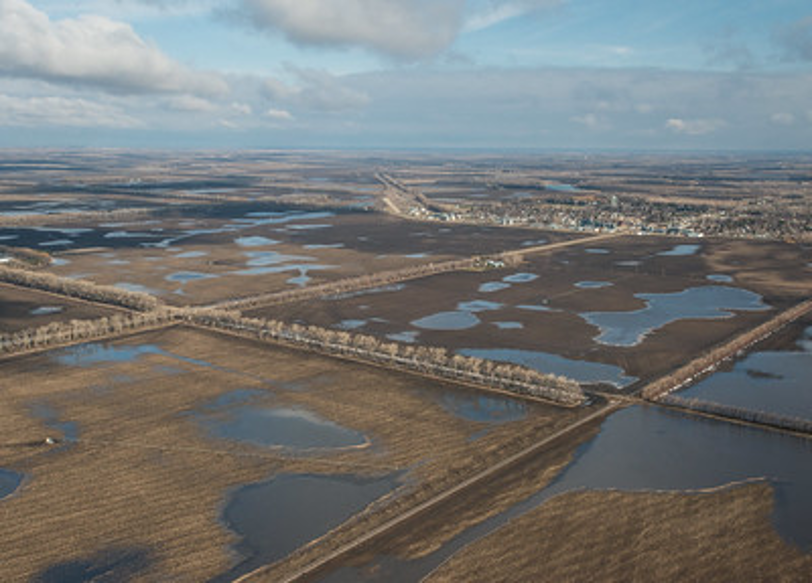 Farmers and environmentalists from around the country pushed EPA Wednesday to take a regional approach as the agency redefines the jurisdiction of the Clean Water Act. EPA was holding its first public meeting as it reconsiders what streams, wetlands and other features qualify for federal regulation as “waters of the U.S.”

“Trying to use a 'one plan serves everybody' rule is not in the best interest of the country, because the West is significantly different than the East,” said Stephanie Mickelsen, an Idaho potato farmer and co-chair of the Idaho Ground Water Users Association, who supports the Trump administration’s 2020 Navigable Waters Protection Rule.

She said a “blanket definition” for WOTUS is not feasible. “I think that splitting the definition regionally by EPA or core region might have more success and less turmoil between administrations,” Muszynski said.

Scott Yager, environmental counsel for the National Cattlemen’s Beef Association, suggested the administration needs more time to deal with the complexity of the issue.

A newly formed coalition that’s trying to make a case for the sustainability of meat and dairy products is planning to reach out to key influencers in the coming weks and then to consumers in 2022.

The group, called the Protein PACT, was announced in July around a meeting in Rome of the UN Food Systems Summit. The industry is concerned that the summit, which will conclude in New York next month, will boost efforts to reduce animal protein consumption globally.

“We see this as a real opportunity to bring all of animal protein together to share a common positive message about all of the great work that is being done and will continue to be done into the future,” Eric Mittenthal, who is the chief strategy officer at the North American Meat Institute, said Wednesday at a meeting of the American Feed Industry Association.

He said the coalition is working now on its strategy for the consumer-focused campaign.

By the way: Poultry is currently exempt from the requirements of the Humane Slaughter Act, but plants that are well run wouldn’t have a problem complying with the law, renowned animal-welfare specialist Temple Grandin told the AFIA gathering. Many customers of those processors already demand that their plants meet those standards, she said.

The law requires that animals be rendered insensible to pain before they are killed.

August continues to be a hot month for sales of U.S. new crop soybeans to China. The USDA on Wednesday announced yet another substantial sale of soybeans to Chinese buyers for delivery in the 2021-22 marketing year – this time for 131,000 metric tons.

China’s purchasing pace ahead of the next marketing year, which begins Sept. 1, is slower than at this time last year. But U.S. sales are still historically strong. The pace of Chinese purchases is roughly on par with what it was at this time five years ago, says Mac Marshall, vice president of market intelligence at the United Soybean Board and U.S. Soybean Export Council.

Japan’s cherry woes may be good for US exporters

Severe frost in the largest cherry-producing region of Japan is expected to significantly impact production and force the country to import more of the fruit than was previously expected, according to USDA’s Foreign Agricultural Service.

“If they actually do that, agriculture in the European Union is going to be devastated,” Doud said during a presentation for the American Feed Industry Association.