Democratic lawmakers stood at odds with one another last week during a hearing on the impacts of the drought on agriculture. The debate revived criticism from the previous drought over California’s escalating almond acreage and drove accusations that meat and dairy production is unsustainable and that outside developers have exacerbated water scarcity.

The drought—now expected to extend into 2022—has also renewed debate over how the state should invest now to stem future droughts.

While some laid blame on corporate agribusinesses, others recognized the need for policies to address the state’s smallest farmers, who stand to lose the most as conditions deteriorate.

“We have a very dry watershed, we have greatly depleted reservoirs, and we have water tables that are now much lower,” Lund told the Assembly Water, Parks and Wildlife Committee, which hosted the informational hearing. “It's going to take more precipitation to make next year wet than it normally would take.”

Another dry year will lead to more idling for lower-value crops to minimize the economic impacts on farmers, he explained. UC Merced Professor Josué Medellín-Azuara, a colleague of Lund’s, expected at least 280,000 acres to go fallow this year.

Lund added that agriculture has traditionally weathered droughts by pumping more groundwater. But the Sustainable Groundwater Management Act (SGMA) means “that water is going to have to be repaid” in wetter years through reduced pumping and long-term fallowing.

He recommended state agencies develop a formal statewide water accounting system, which would be necessary for tightening water rights administration and guiding SGMA implementation. He expected water right curtailments to become much more routine in the future and to be mirrored by curtailments in groundwater availability.

Staff researchers for UC Agriculture and Natural Resources (ANR) had more specific policy recommendations for immediate relief for small farmers. The last drought hit immigrant and refugee farmers hardest since they had limited access to capital or other resources.

A 2015 UC ANR survey of 68 Southeast Asian small-scale farmers in Fresno County found that 96% relied entirely on groundwater, according to a policy brief submitted to lawmakers ahead of the hearing. Nearly a quarter had lost their wells and more than half experienced reduced pumping flows. The resulting increased pumping led to higher electric bills for nearly all of the respondents. The study found that the loss of crops and higher farming costs can have mental health consequences and impacts on food security for immigrant communities in the San Joaquin Valley. 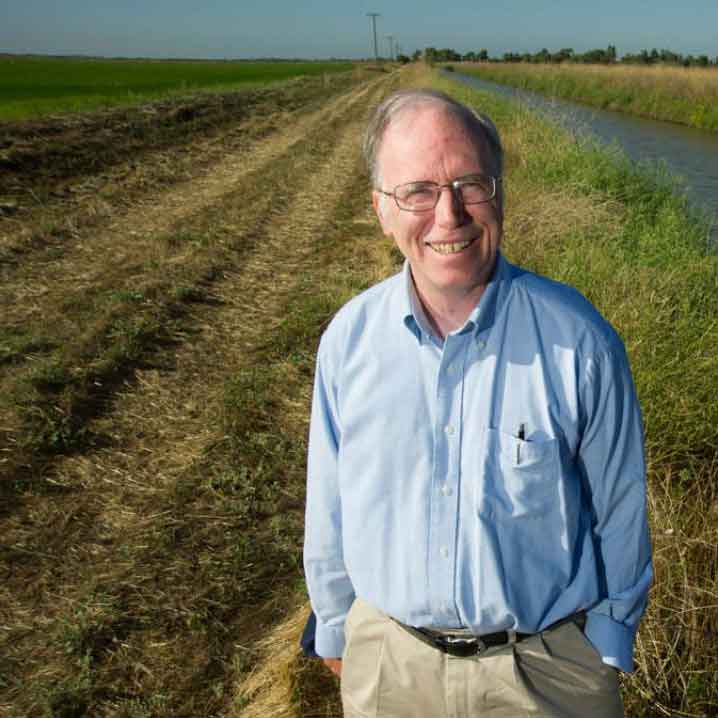 The ANR recommendations focus on money to help with drilling new or deeper wells and similar improvements. This could come from direct state funding, zero-interest loans or grants through CDFA’s water-use efficiency program. Incentives or credits for switching to less water-intensive crops would help as well.

And PG&E could play a part in lowering electricity costs from the increased groundwater pumping. This could come in the form of pump efficiency rebates or financing for repairs.

“It's very important that we keep in mind the whole community that's impacted by these droughts,” said CDFA Secretary Karen Ross at the hearing. “The circumstances we find ourselves in are unavoidable.”

Ross pointed out that the administration and Legislature are still ironing out the final details for a $5.1 billion water and drought resiliency package approved in July for the current budget cycle. She urged more funding for groundwater recharge programs and multibenefit land repurposing.

The state is also in the midst of allocating $50 million for healthy soils practices that increase water retention, $40 million for on-farm water use efficiency projects, $5 million for technical assistance grants for irrigation practices, and $2 million for assessing the economic damages from the drought—such as fallowed fields and job losses.

On the federal level, Congress has included $7 billion in the ag appropriations budget, with disaster relief expanding to include drought. USDA is also offering assistance on forage, short-term water hauling for livestock, $22 million for conservation grants in California, and $15 million for Klamath drought relief.

Jennifer Beretta, who runs a dairy operation in Santa Rosa, worried that bureaucratic red tape would tie up any CDFA and USDA drought relief. She found applying for the state’s healthy soils program to be one of the hardest grant processes she’d ever dealt with, adding long delays for accessing the incentives money. USDA funding for these practices had also been tied up for the last five months.

Trucking in hay from across the country to maintain her herd was increasing her emissions footprint, setting back the climate goals at the center of the programs, she added.

The Community Alliance with Family Farmers (CAFF) is asking the state for another $70 million in water use efficiency grants for farms with 200 acres or less.

“Without state assistance, the local food system, the farmers markets will not be there when the drought ends,” said CAFF Policy Director Dave Runsten.

Jeff Main, an organic small farmer in Yolo County, called this funding absolutely essential for keeping the water flowing to farms. The well on Main’s Good Humus Produce farm has dropped 25 feet in the last two months alone, which he blamed on “deep and massive agricultural pumps” servicing thousands of acres of almonds, olives, grapes and pistachios on neighboring land that farmers only recently began to irrigate.

Amid California’s drought turmoil, lawmakers praise water board chair
A heat-induced drought now, an ArkStorm next: Once-theoretical disasters are sending California farmers on a climate rollercoaster

“The greatest disappointment for us has been the denial of a water crisis in our area by the aggressive multinational investment agribusiness culture,” said Main.

Earlier in the hearing, Asm. Al Muratsuchi of Torrance shared similar concerns. During a recent drive from his Los Angeles district through the Central Valley, he saw almond orchards that appeared to be draining aquifers and sinking the land through subsidence.

He worried the SGMA deadline of 2040 for groundwater sustainability was too far off and not enough to protect the land.

Daniel Hartwig, who manages Woolf Farming and Processing in Fresno County, had a different perspective after a recent drive through the west side of the San Joaquin Valley.

“I see a lot of trees that definitely didn't get enough water,” said Hartwig. “There's going to be a significant impact to what the almond crop looks like this year and next year as well.”

“Water reliability and affordability dictate more and more the kinds of crops we grow in the state,” she responded, before describing how California has been producing more almonds, tomatoes and dairy products using less water than decades ago.

Asm. Ash Kalra of San Jose then criticized meat and dairy producers for inefficient water use as well as for greenhouse gas emissions.

“Our current food system is absolutely unsustainable,” said Kalra. “That has more to do with large livestock than anything else, not just here but globally.”

Kalra had shelved a bill in April that would have paid dairy and livestock producers to transition to plant-based commodities. The bill gained strong opposition from farm groups for how it would rank crops by water use and market demand. Kalra said he plans to revive the measure in January as a two-year bill.

Kalra and Muratsuchi struck a chord with Asm. Cecilia Aguiar-Curry of Winters, who runs an 80-acre ranch with her brothers. She called their comments “a little bit naïve.”

“There's so many things I think that unfortunately not all of you understand,” said Aguiar-Curry. “It's our responsibility to help our small family farmers.”

She said lawmakers hold informational meetings like this one every year with few outcomes, though she shared that her policies have helped disadvantaged farmers secure technical assistance funding through CDFA.

“If you're a big corporation, you have a lot of other assets,” she said. “But when you're a small family farm, you're just trying to make ends meet.”

After hearing several testimonies from farmers dealing with the drought, Asm. Jim Wood of Santa Rosa called the situation heartbreaking and an example of how one-size-fits-all legislation fails to meet the needs of small farmers. His North Coast district does not have “a lot of these massive farms,” he added.

In urging more collaborative solutions to the state’s many water issues, Cannon Michael of the Bowles Farming Co. in Los Banos called for “putting down some of the old fights and grudges” and to not simply accept that species must go extinct or so much farmland must be fallowed.

“Every loss of a California family farm is a huge loss for not just California, but for the nation,” he said.