Lawmakers sideline funding for valley canals, push for $1B on coastal infrastructure

As California’s drought expands further into rural communities, lawmakers handicapped a bill aimed at fixing critical conveyance canals that deliver drinking and irrigation water in the San Joaquin Valley. Instead, lawmakers are investing in water infrastructure for a crisis that has yet to significantly impact the state’s most populous cities. The Legislature has approved measures to prepare urban coastal regions for sea level rise, in coordination with an ongoing effort to invest more than $1 billion in infrastructure needs for mitigation projects.

Senate Bill 559 had proposed nearly $800 million for fixing the Friant-Kern Canal, the Delta-Mendota Canal and the California Aqueduct, which have suffered damage from subsidence due to the last drought. SB 559 was Senator Melissa Hurtado’s third attempt at funding the repairs. She was disheartened by new amendments from the Assembly Appropriations Committee that removed all funding provisions from the bill. This came as one of California’s worst droughts on record is expected to stretch into another year, and as the state doles out a massive surplus spending package.

Other amendments to the bill would require valley water users to reduce their reliance on exports from the Sacramento–San Joaquin Delta and charge the director of the Department of Fish and Wildlife with ensuring ecosystem benefits result from any state investments. Rather than an infrastructure proposal, the bill simply establishes a fund for “water conveyance restoration.”

“It's almost hard to believe that even during such a significant impact to Californians—and with water shortages—that we are still debating it,” Hurtado told Agri-Pulse. “Part of me feels very happy and thankful and appreciative for the governor providing a down payment for fixing of these canals.”

Gov. Gavin Newsom had proposed $200 million for the repair projects, which would be matched by federal and local dollars. After negotiations with the Legislature, the final budget package included $100 million for conveyance infrastructure. The administration then opposed SB 559, arguing the cost pressures would be too significant for the state’s spending plans.

Audubon California and other environmental groups and lawmakers opposing the measure have long argued the local beneficiaries and the federal government— not California taxpayers— should cover the costs for repairs.

“Who ends up eating that cost [now]?” said Hurtado. “If anything, it hurts Californians.”

She said the 31 million Californians who depend on canal deliveries will be the ones paying for the extremely high cost of water when supply is limited.

“It's not a political decision. It's just a practical thing to do and advocate,” she said. “That's the whole reason why I ran [for office] in the first place, to improve our region and improve the lives of the people.” 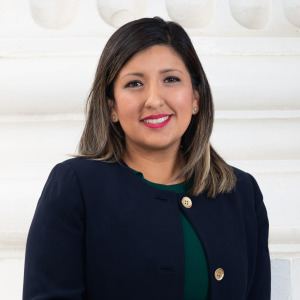 Not advocating for water would “make the lives of our communities much more worse,” she added.

Similar arguments for tackling escalating infrastructure costs were made in favor of SB 1, a measure by Senate pro tempore Toni Atkins of San Diego to help coastal cities plan for sea level rise.

“We certainly have all experienced the devastating effects of climate change—from disasters like massive wildfires … to long periods of severe drought, which has certainly affected the state's ability to grow food,” said Atkins in introducing her measure for a final floor vote last week. “State government and local governments are only in the very early stages of planning for and anticipating sea level rise. The longer we wait, the more costly the damage will be.”

If signed by Newsom, SB 1 would invest $100 million per year to help local and state agencies steer through legal and bureaucratic hurdles for mitigation planning, with a focus on vulnerable disadvantaged communities. The state budget includes another $31 million in grants and planning efforts. According to Sen. Bob Wieckowski of Fremont, another $3.7 billion approved in the budget has yet to be earmarked, and he expects about a third of that to go to sea level rise needs.

“The Senate proposal set aside $1.1 billion as the initial down payment to do the work that's outlined here in SB 1,” he said during the floor session. “[SB 1] sets the framework in the legislation.”

Wieckowski explained that the money could “transform the whole San Francisco Bay” to construct a causeway that can withstand storm surges like the one Louisiana recently suffered during Hurricane Ida.

Sea level rise poses a risk to inland California as well, especially the parts of the Central Valley that surround the Delta.

“If the sea level keeps rising at the level it is rising right now, I am not coastside but we will be at some point,” said Sen. Susan Eggman of Stockton. “I represent central California. I want to maintain representing Central California and do not want to represent the coast.”

Sen. Richard Pan of Sacramento said that both the Sacramento and San Joaquin valleys will be underwater someday without investments now.

Hurtado has not given up on investments for San Joaquin Valley conveyance repairs and expects to revive the legislation next year.

“It's just another hurdle along the way,” she told Agri-Pulse.

The defeat has motivated the senator to work harder the next time by expanding an already broad coalition backing the effort and improving her messaging to the public and lawmakers. Hurtado has also been instrumental in gaining Senate approval for a new select committee on human security.

“I'm looking to explore all issues related to drought and the future of water in the valley and in California,” she said of the committee.