Senators and Newsom at odds over conservation and climate spending

In the final days of session last week, the Legislature approved $16 billion in spending through budget trailer bills—the result of a three-way deal between the governor and the Democratic Senate and Assembly leaders. Yet lawmakers expressed frustration that earlier agreements over conservation spending and climate priorities dramatically shifted in the final legislation. With details revealed on the Labor Day holiday, lawmakers had little time to comb through more than 3,000 pages of technical budget adjustments, and gained few answers from the Newsom administration’s finance officials but many promises for more spending to come to address their concerns later.

“It's exasperating,” Senator Bob Wieckowski of Fremont told the officials during a Senate Budget Committee hearing on the trailer bills last week. “You say it was a three-way deal. It wasn’t even in our proposal.”

Wieckowski was frustrated with last-minute changes in the climate resilience package. The governor had proposed $1.7 billion for the package in May, and the Senate in June raised that by nearly $2 billion stretched across three fiscal years. While adding more overall funding for the package, some priorities that both branches had already agreed to were suddenly left without money.

A $90 million allocation to the Department of Conservation for farmland protection, for example, had disappeared entirely. Wieckowski also raised the point that the Senate had proposed $20 million for the Invasive Species Council of California to study weed management and other climate issues and $20 million for University of California research in reducing methane emissions in agriculture. But the final budget agreement dropped each to $5 million, with a pledge from the administration to maintain that spending in the next budget cycle.

“It was just part of a compromise of balancing the mutual priorities of both the Legislature and the administration,” responded Sergio Aguilar, an assistant program budget manager at the Department of Finance.

Wieckowski pushed back, arguing the governor was able to get the spending he asked for, including an additional $25 million for climate adaptation grants and $20 million for regional climate collaboratives.

“The Senate priorities that were laid out in May didn't receive anything,” he said. “The governor got everything that he wanted.”

Wieckowski also expressed disappointment with the finance officials over climate spending that added $200 million for community resiliency centers, $300 million for extreme heat centers and $250 million for regional climate response planning and implementation. But it dropped from $685 million to $60 million a Senate proposal on climate resiliency programs aimed at “shovel-ready” conservancy and wildfire prevention projects.

To quell the concerns, Aguilar pointed out that another $768 million would be available in the following two years for multibenefit nature-based solutions, which would address Governor Gavin Newsom’s 30x30 pledge to conserve 30% of the state’s land and coastal waters by 2030 and support the state’s natural and working lands climate strategy that is currently going through the regulatory process. The conservancy programs Wieckowski worried about would be available to compete for that funding. The administration also plans to release an extreme heat framework later this year for developing new programs to guide that spending.

Wieckowski charged that the administration focused too heavily on the consequences of climate change rather than addressing the root causes. 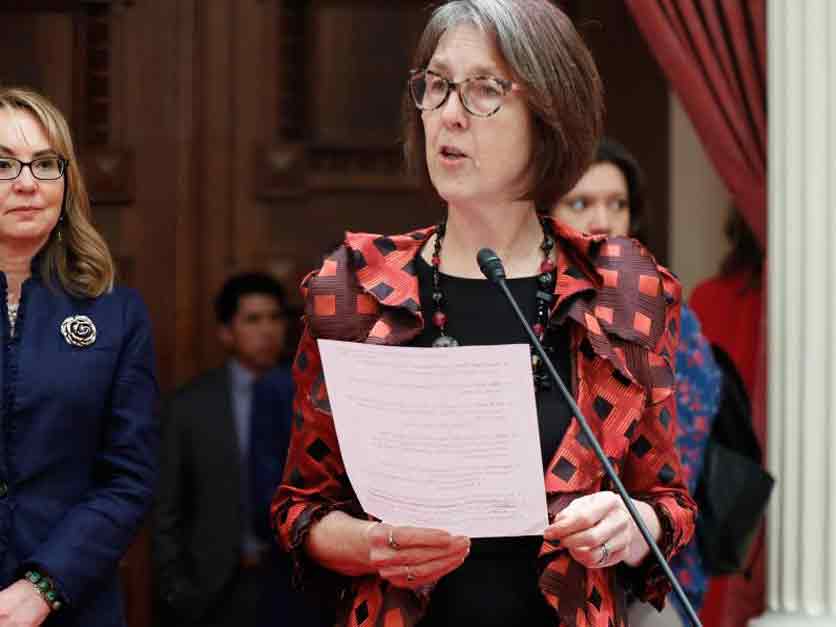 Budget Chair Nancy Skinner of Berkeley cut in to remind Wieckowski this has been the first time in its history the state has had such high tax revenues to spend in this way. She expected to have “another bite at the apple” next year to negotiate for more spending on climate programs.

“Even if we had appropriated in various other packages more for this fiscal year,” said Skinner, “it would have been hard to spend it, due to the fact that we don't have everything in place to spend large amounts of money.”

For a $5.2 billion package on water resilience and drought relief, the administration added a provision that would allow for an additional $25 million for any unanticipated drought emergencies not already covered in the sprawling package.

Several Republican lawmakers were angry that no funding for surface water storage was included in the budget.

In voting on the trailer bills on the Senate floor, Democratic Sen. Melissa Hurtado of Sanger shared similar concerns to farm groups about setting aside $50 million for repurposing fallowed farmland for conservation purposes.

“I am concerned that by incentivizing the conversion of agricultural land, we may be putting farmworkers at risk of losing their jobs,” said Hurtado.

“The administration wants hundreds of millions of dollars in habitat funding to replace needed Delta flows,” argued Barbara Barrigan-Parrilla, executive director of Restore the Delta, in a statement on the budget. “This is part of the same old restoration game that was rolled out by the Brown and Schwarzenegger administrations. They want to bypass finishing and implementing the Bay-Delta Plan.”

Barrigan-Parrilla also worried exemptions for the California Environmental Quality Act (CEQA) would weaken endangered species protections to allow for the administration to build a Delta tunnel, now known as the Delta Conveyance Project.

“We have endured CEQA reform bills to weaken Delta protections every two years for the last 12 years,” she argued. “The voluntary agreements and proposed Delta tunnel are the key to moving water around to rebuild groundwater supplies for those who have greedily depleted their groundwater systems with the overdevelopment of unsustainable agriculture.”

In defending the budget trailer bill on the Senate floor, Skinner pushed back on those allegations.

Earlier Skinner acknowledged that “it does get testy” in the last week of session and no budget action would satisfy everyone.

“It's okay to be frustrated and express those frustrations,” she said. “But I also do not want us to lose sight of the incredible things that we are doing.”