The key committee provisions in the $3.5 trillion reconciliation package show that Democrats in Congress are in line with President Joe Biden’s vision to put electric vehicles — not traditional corn ethanol — at the forefront of the fight against climate change.

However, the draft legislation also would pour more money into conventional biofuels, most notably biodiesel and renewable diesel.

The final size and scope of the Build Back Better plan is still under negotiation between House and Senate Democrats, but House committees have approved draft portions of a $3.5 trillion package.

In the Energy and Commerce Committee's part of the bill, the plug-in electric vehicle drive program has been allocated $4 billion. That program was established in the Energy Independence and Security Act of 2007 using grants to fund electric vehicle plug-in projects to meet the law's goal of reducing emissions by 9% by 2030, according to the Department of Energy. Nearly $3 billion is allocated for the development of zero-emission mid-size and heavy-duty vehicles through the Advanced Technology Vehicles Manufacturing loan program. The program offers loans "to provide low-cost debt capital for fuel-efficient vehicle and eligible component manufacturing in the United States," according to DOE.

Another $2 billion would be sent to the Department of Energy to put toward rebates for electric vehicle supply equipment.

Refundable electric vehicle tax credit — Companies would be able to offer a $4,000 credit to customers who purchase qualified vehicles. If the company gets the car on the market before Jan. 1, 2027, it can get an extra $3,500, but the vehicle’s battery capacity must be a minimum of 40-kilowatt hours and 50-kilowatt hours after 2027. The tax credit rises to $4,500 if it is made in the U.S. by workers covered by collective bargaining rights. 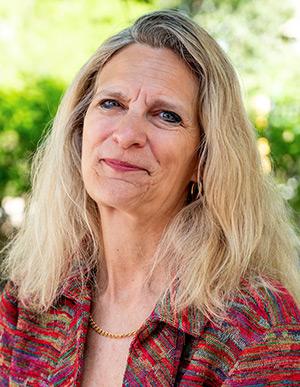 Electric commercial vehicles tax credit — Under this provision, people who buy qualifying commercial electric vehicles would receive a tax credit based on 30% of the original cost of the vehicle.

The three credits together would cost $28.5 billion over 10 years, according to the Joint Committee on Taxation.

Ed Hubbard, general counsel and vice president of government affairs at the Renewable Fuels Association, is glad to see the multi-year approach to extending the tax credits. He said the yearly retroactive extensions were becoming problematic and caused uncertainty for future investors.

“When you can’t count on them more than a year or two, then you can’t really do any planning,” he told Agri-Pulse. As more biofuel plants look to carbon capture as a way to reduce greenhouse gas emissions, Hubbard also welcomed the extension of the 45Q credit. This credit allows companies to claim a $50 per metric ton credit for carbon that is permanently stored. But Hubbard said the biofuels industry does have concerns about the 45Q because it does not increase the value for heavy-duty vehicles.

Hubbard said biofuels producers would also like to see the flex-fuel vehicle credit, which encourages the production of flex-fuel vehicles, added to the package. The credit would offset the minor cost of making sure internal combustion engines can take a range of fuels between E85 and E10 blends, Hubbard noted.

Separately, the House Agriculture Committee's portion of the Build Back Better bill includes $1 billion that would be allocated to USDA for biofuels infrastructure grants distributed over eight years to help retailers pay for new tanks and blender pumps at gas stations that use higher blends of ethanol and biodiesel.

Correction: The orginal copy erroneously mentioned trillion instead of billion when referring to the Joint Committee on Taxation information about the combined three EV tax credits.