Daybreak Oct. 15: Will Vilsack have climate spending in hand?

Agriculture Secretary Tom Vilsack will be part of the U.S. delegation to the international climate conference that starts Oct. 31 in Glasgow, a USDA spokeswoman confirms.

President Biden also will be at the COP26 conference. Other officials going include Energy Secretary Jennifer Granholm and Transportation Secretary Pete Buttigieg, according to CNN.

The big question is whether Biden will have any action from Congress in time to back up his commitment to halve U.S. greenhouse gas emissions by 2030. More than $90 billion in ag climate provisions and more than $200 billion in green energy incentives are at stake as Democrats struggle to agree on a pared-down version of the president’s Build Back Better plan.

Take note: House Speaker Nancy Pelosi said Thursday that the legislation needed to be passed before the conference, which runs through Nov. 12. But that would be a heavy lift given the lack of reported progress in the intra-party talks.

White House press secretary Jen Psaki downplayed the importance of quick action on the climate measures. “Whether our agenda is passed is not going to be the defining factor” in the success of the Glasgow meetings, she said.

A coalition that includes ag groups and land grant universities is urging Democratic congressional leaders to prioritize ag research spending in the final Build Back Better bill. In a letter, the coalition noted that the $7.75 billion in ag research funding in the House version of the bill accounts for just 0.2% of the total spending. That funding “underlies the tools necessary to build climate resilience and food security for all Americans,” the coalition says. 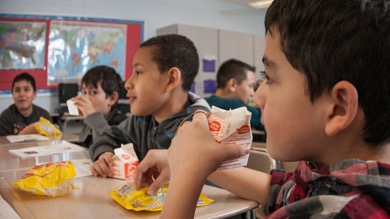 Vilsack is reaching out to food industry officials to see how USDA can help schools overcome challenges and get the food they need.

As the economy has reopened, “the demand was great. And I think what we have seen is a significant fragility of our supply chain systems, not just in the United States, but globally,” Vilsack told reporters Thursday.

Elizabeth Cowles, a spokeswoman for the School Nutrition Association, says schools are scrambling to find substitute menu items. “We've heard from schools all over the country that aren't receiving the foods and supplies they ordered — discontinued menu items, shortages, longer than normal lead/order times, significantly higher costs, and late/delayed deliveries,” she said.

Califf coming back to FDA?

There have been multiple news reports that President Biden is considering nominating Robert Califf as commissioner of the FDA, a position the medical researcher held briefly in the Obama administration.

Psaki was asked Thursday whether Biden was ready to nominate a commissioner for FDA. Her answer: “Not yet.”

U.S. Trade Representative Katherine Tai, in a Thursday speech in Geneva, stressed the continuing U.S. support of the World Trade Organization, but also demanded reform to make it a more relevant institution that “empowers workers, protects the environment, and promotes equitable development.”

Tai only briefly mentioned the WTO’s non-functioning appellate body, but it is a priority for many nations that are distressed over the damage being done to the dispute resolution system. The U.S. continues to block the efforts by most other nations to reinstall appellate judges.

“Currently, the system is essentially broken,” says Joe Glauber, a former chief ag negotiator for the USTR and chief economist at USDA. In the past, the U.S. has relied heavily on the WTO dispute resolution process to challenge foreign trade barriers.

A Nebraska corn producer says for the first time, her farm can’t fill trucking positions. “We just cannot get the folks,” said Deb Gangwish, a corn and soybean producer in south-central Nebraska.

Gangwish says she knows other farmers who were unable to complete corn deliveries because of employee shortages.

“Trucking, which requires considerable time away from home, is not an appealing occupation for many workers,” says Soy Transportation Coalition Executive Director Mike Steenhoek. “It’s not just truck drivers, though. Rail and barge companies are also struggling to find workers.”

Argentina’s farmers will be planting and producing less soybeans this year, according to USDA’s Foreign Agricultural Service. FAS now says the South American country will only produce 49.7 million metric tons of soybeans for the 2021-22 marketing year. That’s 2.3 million tons less than the last official estimate by USDA.

A lot of farmers are switching from soybeans to corn, and the Argentinian government is at least partly to blame, because it raised the soybean export tax to 33%. The export tax on corn and wheat is 12%. 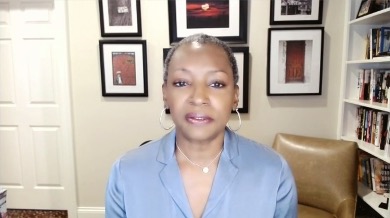 A major environmental group and paper goods manufacturer have teamed up to help resolve heirs’ property issues that have made it difficult for many rural Blacks to make full use of their land.

The World Wildlife Fund and Kimberly-Clark are supporting a pilot project in Mississippi that the groups hope will ultimately improve forest management and help reduce greenhouse gas emissions.

"We have to prevent the exploitation of families and their land, if we want to prevent forest fragmentation and loss in this country and mitigate the worst effects of climate change,” said  Kerry Cesareo, senior vice president of forests for WWF.

Why it matters: Families with heirs’ property lack clear title to their land and often have trouble getting loans or participating in USDA programs. Vangela Wade, president and CEO of the Mississippi Center for Justice, says the project will help families establish legal ownership of their land and then make better use of it.

She said it. “Fiber optics has become the new toilet paper.” - Shirley Bloomfield, CEO of the NTCA-The Rural Broadband Association, discussing supply shortages for materials needed to build out rural broadband. She was speaking during One Country’s Rural Progress Summit on Thursday.