Silvopasture, a historical practice that involves integrating trees into pasture-based systems for livestock, appears to be growing in popularity as farmers look for ways to help keep animals happy and healthy while maintaining or increasing revenue.

The practice involves either establishing new tree stands in pastures or thinning trees in already forested stands. The benefits include reducing heat stress for animals, reducing feed costs through the planting of edible trees, and increasingly, reducing the risks of wildfire.

A growing body of research has shown the benefits of silvopasture, which is increasingly being looked at as a way to address climate change, or at least mitigate its effects. “Scientific evidence of the ecological and economic benefits of silvopasture has been accumulating rapidly over the last few years,” according to a 2019 article from Agroforestry Systems. “Most studies have shown an overall increase in system productivity, including greater productivity of animals.”

“Silvopasture, as an integrated land use practice, has been proven to be economically and environmentally sustainable both at small and large scales,” the paper, which examined 28 other papers on the subject, concluded.

“The production benefits to the farmer are significant enough to make this a valuable practice,” says Austin Unruh of Trees for Graziers, a Pennsylvania company working with “dozens of farmers” in Lancaster County to help them establish silvopasture systems. “It’s one of the top climate change solutions and we can get a lot more people on board with it, too."

The federal government does not have solid data on whether the practice is increasing, although anecdotally it appears to be. Researchers also say it can be used on farms of any size and with any type of animal.

“We’ve found that people are using silvopasture with goats, sheep, chicken, turkey, bison,” says Matt Smith, a research ecologist at the Forest Service's National Agroforestry Center. “Any livestock that forages you can have in a silvopasture system,” he says. Smith says the Forest Service is teaming up with USDA's National Agricultural Statistics Service on a survey to better estimate how many producers are using silvopasture.

But “it’s not going to be for everybody,” says John Fike, a professor at Virginia Tech who has studied silvopasture extensively. Advocates of the practice say they often run up against skepticism about planting trees when throughout history, farmers have removed trees to create arable land.

But trees help stabilize the soil and reduce runoff, as well as contributing to higher levels of organic matter in the soil and more fungal activity, says Unruh. 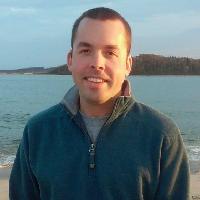 One of the farmers he’s working with is Tim Sauder, who operates a small dairy farm on about 55 acres of Pennsylvania land in southern Lancaster County. There, Sauder and his wife make Greek yogurt and other dairy products from their herd of about 16 cows.

He says he has gotten some questions from neighbors.

“We're already weird in that we direct market,” Sauder says before playfully recounting a question he received.

"You’re planting mulberry trees?" a neighbor joked. "Never in my life have I planted a mulberry tree. They just come up anyway.”

But despite the friendly skepticism, Unruh says two of Sauder’s neighbors “are jumping on board” and adding trees to their dairy operations.

Sauder was able to get started with trees by partnering with Unruh to pursue, among other funding sources, a grant from the National Institute of Food and Agriculture’s Sustainable Agriculture Research and Education Program. The grant has paid for trees to be established at five farms in Lancaster County. The Chesapeake Bay Foundation is recording and evaluating the results at the farms, including different methods of protection from the grazing cattle — plastic tubes vs. metal cages, for example.

On a recent fall day, Sauder, Unruh, a CBF representative and a reporter took a stroll through Sauder’s operation, filled with about 3,000 trees — including honey locust, persimmon, mulberry, black locust, willow, and hybrid poplar. Some had shot up to 14 feet tall since being planted in March 2020.

The locusts are nitrogen-fixing, “which will help the grass grow,” Unruh says, adding that the cows “can eat the leaves from many of those trees, especially the willow.” Mulberry leaves, he says, have more protein than alfalfa and are easily digestible. In addition, the honey locusts will drop sugary pods that can be consumed, saving on feed costs.

Shade for the animals offers an obvious benefit, Unruh says. “Heat stress is a huge, huge profit loss because of lack of production,” he says. The trees also provide shade for forage, helping the grass avoid stress during what’s known as the “summer slump.”

“By this time next year, there'll be some real shade,” Sauder says. For now, when the cows want to cool off, they go to the barn.

“It should definitely help the bottom line” by reducing hay costs during the winter, he says. “Or we'll buy more cows because we'll be able to feed more with the tree fodder.”

Sauder says he is “not doing a whole lot better than breaking even, but we’re getting there. That has as much to do with marketing as anything else.” He acknowledges that his system “takes a lot of hands-on attention to detail every day.”

He moves his cows one to five times a day from one to another of his roughly 60 paddocks to prevent any one patch of forage from being overgrazed. The paddocks are separated by lines of trees and electric fencing.

It’s difficult to know how much silvopasture can contribute to carbon sequestration because that calculation depends on so many factors — primarily the species of the tree and the soil it’s being grown in. So, participation in the growing carbon markets could be complicated.

“I think it has a lot of potential” for carbon sequestration, Fike says, but more data need to be gathered.

“The faster the tree grows, the faster it will sequester carbon,” Unruh says. “So, black locusts, hybrid willows, hybrid poplars and the like will be the fastest-growing species. Others, like persimmon or honey locust, won’t grow as fast, but will live longer.”

Unruh said it cost $60,000 to plant the 3,000 trees on Sauder’s farm — $20 per tree. The funding was contingent on Sauder planting 1,555 stems/acre, but “for those farmers planting at a lower density, they'd be looking at more like $10-$25 a tree (depending on whether they did the planting themselves or had a contractor do it, and depending on the trees they used).”

“Willows and poplars are really easy to propagate, so they're cheap,” Unruh says. “Seedling trees are also fairly cheap (say $2-6, depending on quantity purchased). It's when you get into grafted trees that you get up into the $30/tree realm.”

Fike said producers should look not just at the value of trees as lumber but as a food source for the animals and a possible revenue source for the grower. Sauder, for example, has planted pecans.

There have been studies done on the financial aspects of silvopasture, but Fike says most of them are site-specific.

“We can see a lot of benefits, but we don’t necessarily have them quantified in dollars and cents,” he says. There are numerous studies, he says, showing animals gain more weight when they have access to shade, but then the question becomes, how should the trees be spaced to provide that benefit?

“It’s really a challenge to put a fine point on what these systems are worth,” he says.

“We have often associated straight corn rows and uniform height and all that other kind of stuff as good agriculture, or manicured pasture. And I'm not sure that that's necessarily the best relative to efficient resource use and managing for multiple outcomes” such as promotion of wildlife habitat, or the return of pollinators and birds.

“We could do a lot more with our agricultural lands to continue to make them productive for food, while also supporting these other functions,” Fike says. “And if that gives us better water infiltration, or holds the bank and the soil together better, that’s great. We should be looking for those outcomes and how do we increase the productivity of this land while lowering its negative environmental outcomes?”

Cost-share assistance is widely available for many silvopasture practices in most states, according to a look at payment rates in states under USDA programs such as the Environmental Quality Incentives Program, Conservation Stewardship Program and Regional Conservation Partnership Program.

But not all — Idaho, for example, only offers support for silvopasture to support wildlife habitat, and Pennsylvania offers no financial help for either thinning trees or establishing them in the state, meaning proponents such as Unruh have to get creative with financing.