First infrastructure funding headed out in 2022, but some aid will take longer

The Biden administration expects to start distributing the first dollars from the new bipartisan infrastructure bill in the first half of 2022, but it's likely to take significantly longer for farmers and rural Americans to see some of the long-sought spending.

The bill, which President Joe Biden is expected to sign into law next week, also extends existing transportation programs to bring the total projected spending over 10 years to $1.2 trillion.

"When you improve the transportation system, when you improve the roads and bridges and the locks and advance ports, you're assuring that America will retain its competitive edge in being able to get product to market defensively, which helps our exports and helps to preserve our opportunity for export in competitive environments,” Agriculture Secretary Tom Vilsack told Agri-Pulse in an exclusive interview about the bill.

The bill provides a historic investment of $65 billion into closing internet service gaps that have plagued rural areas and inhibited the use of precision agriculture. 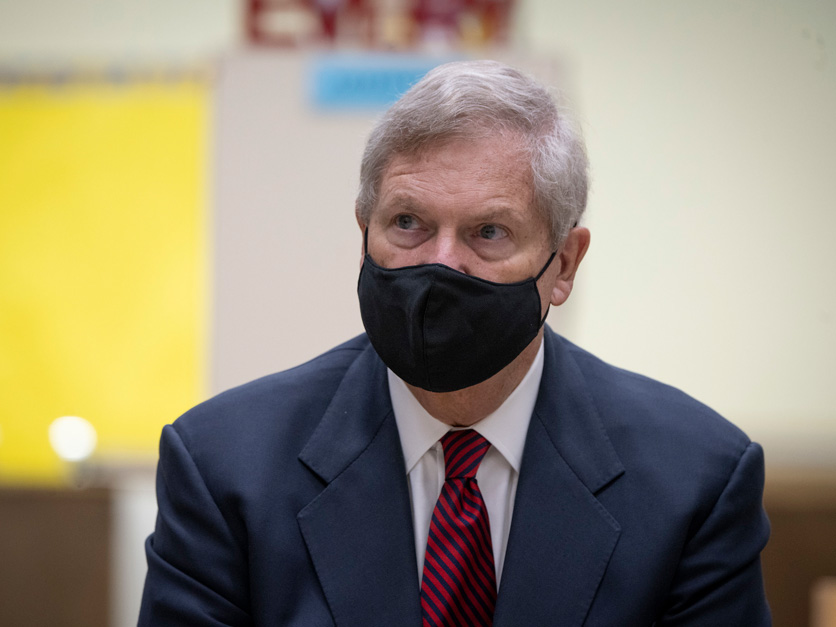 Ag Secretary Tom VilsackIn addition to improving access to education and health care, high-speed internet service will “expand the opportunity for farmers to participate in precision agriculture, which I think is going to become even more important as we deal with trying to make sure that the bottom line of farmers improves, and we see rising input costs. Precision agriculture can be a way of dealing with that challenge,” Vilsack said.

The legislation also is designed to shift Americans into electric vehicles, which could, in turn, reduce demand for biofuels, through the construction of charging stations and the replacement of many existing fossil-fuel-powered buses.

The bill is designed to reach Biden’s goal of having 500,000 EV charging stations installed by 2030. Some 10,000 buses would be switched to electric, according to the Transportation Department.

Vilsack said that the biofuel industry shouldn't be threatened by the EV funding, arguing that there will be continued demand for biofuels for passenger vehicles and noting that the aviation industry plans to increase its use of biofuels. Demand for biodiesel and renewable diesel to fuel trucks and buses also is expected to continue growing.

“I'm pretty sure in my lifetime and beyond you're going to continue to have a need for biofuels for cars and trucks,” Vilsack said.

How fast the infrastructure funding gets out the door depends in part on whether it will be distributed through existing programs or whether new programs and regulations have to be written. The latter process could take a year or longer.

One of the first tranches of spending will be for roads and highways through formula-driven grants to states. That money will go out in the next six months, according to the Transportation Department.

DOT will have to add to its staff to handle all of the spending initiatives it will get; the bill will push the department’s annual funding from $90 billion to $140 billion a year, Deputy Transportation Secretary Polly Trottenberg told reporters Tuesday.

The bill will fund the repair of 10 major bridges and 15,000 smaller ones, she said.

Also in the legislation is an additional 150 air-mile exemption from hours-of-service regulations for livestock haulers’ destination points. The National Cattlemen’s Beef Association said that will provide needed flexibility.

Here is a look at some other major aspects of the bill:

Waterways: Agricultural shippers could also find out early next year how quickly the Army Corps of Engineers will start work on replacing the Mississippi River locks and dams. The construction was authorized by Congress in 2007 to ensure the flow of barge traffic that is critical to farmers in the Midwest and to U.S. corn and soybean exports.

The bill provides $2.5 billion for navigation projects, and the first Mississippi River project, the rebuilding of Lock and Dam 25, “is far enough along in the design process to begin construction immediately,” said Deb Calhoun, a spokeswoman for the Waterways Council, which represents shippers.

She said the construction timetable should become clearer in January when the first plan for funding the Mississippi River projects, a program known as the Navigation and Ecosystem Sustainability Program, or NESP, is expected to be released.

Lock and Dam 25 is located near Winfield, Mo., just north of St. Louis.

When the $2.5 billion is combined with the regular annual appropriations Congress makes to the Corps, two-thirds of the pending navigation projects could potentially be funded to completion, according to the Waterways Council.

Broadband: Most of the bill's broadband funding, $42.45 billion, will be routed through the Commerce Department to states to decide how to spend.

Commerce Secretary Gina Raimondo told reporters Tuesday that it would take “some number of months” to get the money distributed. Each state will get at least $100 million, with the rest of the allocation based on the number of underserved households a state has.

Each state will have to post online a plan for spending the money  and there will be “very strict criteria to make sure that we achieve the goals of affordability and access," Raimondo said.  Every state will be asked to produce a plan that "guarantees every single person in your state has access to high-speed, affordable Internet," and then "we're going to evaluate that plan, adjust it, provide technical assistance to make sure at the end of the day we hit the goal."

She said the program was a “massive undertaking” but that the department has been planning for months to implement it.

Between the rulemaking that the Commerce Department's National Telecommunications and Information Administration will have to do and the state proceedings that will be required, the funding likely won’t be distributed to service providers until early 2023, said Shirley Bloomfield, CEO of NTCA — The Rural Broadband Association. 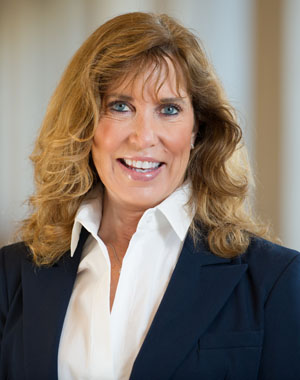 Shirley Bloomfield, NTCAAnother $2 billion will go to USDA Rural Development. Most of that, $1.96 billion, will go to USDA’s existing ReConnect grant and loan program, which was created by Congress in 2018 as a pilot program. The ReConnect funding includes $5 million for the development of cooperatives to provide broadband. An additional $74 million is earmarked for USDA’s Section 601 broadband loan program.

Vilsack said the argument for distributing money through the states rather than directly from USDA is that state governments know which technology works best for them. The ReConnect program "basically deals with existing facilities that have the need to upgrade their capacity, so that it's meaningful access" to the internet, he said.

Water projects: The bill will provide $8.3 billion to the Bureau of Reclamation for water projects that will benefit farmers in the West who have been struggling through a severe drought this year.

“I'm not sure of the timetable, yet, but I'm fairly certain it will be a priority for the administration to get these dollars on the ground as soon as possible,” said Dan Keppen, executive director of Family Farm Alliance, which advocates for Western water needs along with a coalition of over 200 other ag groups.

“In general, the legislation allocates dollars for programs that have already been developed.”

His group will be meeting with Reclamation officials next week.

The Bureau of Reclamation regional offices have already been working with headquarters staff to prepare to use the funding, according to Tanya Trujillo, the Interior Department’s assistant secretary for water and science. The regional offices were asked to identify “projects that are ready to go and can use additional funding,” she said.

She said the agency didn’t plan to impose any new restrictions on loan programs.

Separately, the bill would provide $918 million over five years for USDA's watershed programs.

The largest share of that funding, some $500 million, will go to the Watershed and Flood Prevention Operations program, which is administered through USDA's Natural Resources Conservation Service. Another $118 million is earmarked for the Watershed Rehabilitation Program, which provides assistance to renovate dams. The program has a backlog of more than $500 million. Some $300 million is allocated for wildfire resilience in the Emergency Watershed Protection Program.