The Department of Agriculture has announced a handful of staff appointments. Sean Babington was named senior adviser for climate in the Office of the Secretary. Most recently, Babington served as senior professional staff to Chairwoman Debbie Stabenow of the Senate Ag Committee, where he handled the portfolio for forestry, pesticides, and climate change. Before that, he worked in the office of Sen. Michael Bennet, D-Colo., as a senior policy adviser. Anne Knapke has been promoted to deputy chief of staff for policy in the Office of the Secretary. Knapke joined the administration in February and most recently served as the deputy assistant secretary for congressional relations at USDA. Before that, she was a senior program officer focusing on nutrition and agricultural development at the Bill & Melinda Gates Foundation. Bidisha Bhattacharyya now serves as senior adviser for climate and conservation for farm production and conservation. Bhattacharyya previously served as the senior policy adviser in the Farm Service Agency. Cecilia Hernandez has been tapped to serve as the designated federal officer for the USDA Equity Commission. Hernandez returns to USDA after working in the General Services Administration’s Office of Governmentwide Policy as a program manager on the President’s Management Agenda Team. Before that, she served in the Office of Budget and Program Analysis at USDA. 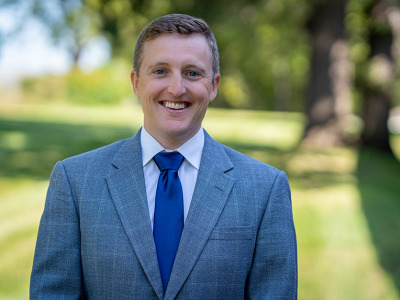 The Senate voted 68-31 to confirm Jessica Rosenworcel to be a member of the Federal Communications Commission for a five-year term. President Joe Biden has also appointed Rosenworcel to chair the FCC.

Syngenta Group has appointed Feroz Sheikh as the new chief information and digital officer, effective Jan. 1. He will be based in Basel, Switzerland, and succeeds Greg Meyers, who is leaving Syngenta Group at the end of January 2022 to return to the United States to pursue a new opportunity. Sheikh currently serves as the head of digital engineering and data science at Syngenta.

Martin Barbre has been named vice president of engagement and government relations for the farmer-led nonprofit Rural Investment to Protect our Environment (RIPE). Most recently, Barbre was CEO of MyAgData. Before that, he was the administrator of USDA’s Risk Management Agency during the Trump administration.

The Agricultural Retailers Association has selected Ian McGregor of The McGregor Company as the new chairman of the board of directors. He succeeds Rod Wells of GROWMARK in the role and will serve a two-year term. 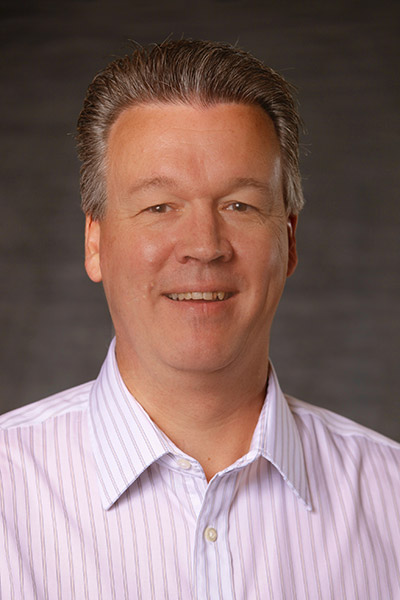 Alexander Drotschmann has announced he will retire from KSW in October 2022. Drotschmann has led KWS’ corn and soybean business in North and South America since 2014. In the upcoming months he will transition all operational responsibilities for South America effective Jan. 1 and the North America KWS and AgReliant board seats effective August 2022 to Nicolás Wielandt, head of business unit corn Europe.

Shannon Mills has joined the office of Sen. Brian Schatz, D-Hawaii., as a legislative assistant covering the portfolio for agriculture and food and environmental protection. Mills previously served as manager of government and public services at Deloitte.

John Altendorf has moved over to the Senate to work for Sen. John Hoeven, R-N.D., as a legislative correspondent. Altendorf previously worked for Rep. Ashley Hinson, R-Iowa., as her staff assistant. Altendorf will be working under Aaron Weber, assisting with the agriculture portfolio.

Rebecca Jablonski-Diehl has joined the House Select Committee on the Climate Crisis as a professional staff member under Rep. Kathy Castor, D-Fla. Jablonski-Diehl previously worked at The Pew Charitable Trusts as manager of the Pew Bertarelli Ocean Legacy.

Hali Gruber has been promoted to senior legislative assistant to Rep. Ralph Norman, R-S.C. She previously served as a legislative assistant and covers the portfolio for animal welfare, energy, environment protection, public lands and natural resources, science and technology, and telecommunications.

Max Pedrotti has been promoted to legislative director in the office of Rep. Carol Miller, R-W.V. Pedrotti covers the portfolio for economics, energy, environmental protection, international affairs, small business, taxation and transportation. He previously served as a senior legislative assistant.

Rebekah Solem has been elevated to chief of staff in the office of Rep. Filemón Bartolomé Vela, D-Texas. Solem previously was the legislative director and focused on issues related to appropriations, health, and telecommunications.

Richard Linton, dean of the College of Agriculture and Life Sciences at North Carolina State University, has been selected to serve as Kansas State University's 15th president. Until he arrives on campus in mid-February, current K-State President Richard Myers will remain at the helm.

Charles Stoltenow has been named the priority candidate to lead Nebraska Extension as dean and director. He currently serves as assistant director of Extension for Agriculture and Natural Resources at North Dakota State University. Prior to joining NDSU Extension in 1996, he worked as a veterinarian and epidemiologist for USDA and also in private practice as an equine veterinarian.

The U.S. Grains Council has promoted Emily Schneider to industry relations coordinator. Schneider previously served the Council and the National Corn Growers Association as the receptionist and administrative assistant in the organizations’ co-located offices. Schneider replaces Lacey Bowersox who will be heading to the Russell Group to work as a legislative assistant.

The Tennessee Farm Bureau Federation elected Eric Mayberry as the organization's ninth president. A third-generation farmer, Mayberry and his wife, Lynn, along with their three children, farm more than 1,000 acres of corn and soybeans as well as raise a herd of 200 beef cattle near Hurricane Mills. Marion County farmer James Haskew was elected as the new vice president.

The Irrigation Association board of directors has named Natasha Rankin as its new chief executive officer, effective Jan. 10. Most recently, she served as the chief strategy officer and chief operating officer for the American Counseling Association.

PotlatchDeltic Corporation has added Anne Alonzo to its board of directors. Alonzo most recently served as senior vice president, external affairs and chief sustainability officer for Corteva Agriscience. From January 2016 to April 2020, Alonzo served as the president and CEO of the American Egg Board, where she also served on the Board's executive committee.

Former Senate Republican Leader and presidential candidate Bob Dole died Sunday, Dec. 5. He was 98. Dole helped forge the rural-urban coalition that enacted the 1973 farm bill, which expanded the food stamp program to every political jurisdiction in the country. His wife’s Elizabeth Dole Foundation announced his death. Dole disclosed earlier this year that he had begun treatment for advanced-stage lung cancer.

John Denison Sr. passed away peacefully at his home surrounded by family on Nov. 30. He was 86. Denison lived all his life on the Denisons' multi-generation family farm in Iowa, Louisiana, where he grew rice. He graduated from Southwestern Louisiana Institute with a degree in animal husbandry. Denison was a member of the Louisiana Farm Bureau Federation and served on the state executive committee, and chaired the Rice Advisory Board and the Louisiana State University Rice Research Board.

Vernon Vierra of Willows, Calif., passed away on Nov. 28 at the age of 68. Vierra was the founding general manager of Sun Valley Rice, a position he held from 1999 to 2012. He recently worked for Rice Researchers and in 2006, he and his brothers began an almond farming enterprise aptly called “Vierra Brothers.” A funeral service will be held on Thursday, Dec. 16, at the Maxwell Cemetery at 10 a.m. followed by a celebration of life afterward at the Maxwell Legion Hall. Donations can be made in Vern’s memory to the Maxwell Cemetery, P.O. Box 201, Maxwell, CA 95955.