The American Farm Bureau Federation may have to backtrack on its support for a livestock market reform bill after a pair of votes by delegates at its annual meeting Tuesday.

On the geographically divided issue, the organization’s voting delegates decided Tuesday to maintain AFBF policy supporting a regional approach to resolving concerns over negotiated sales in the livestock sector.

They also voted, however, to oppose government mandates “that force any livestock slaughter facility to purchase a set percentage of their live animal supply via cash bids.”

The two ideas are key parts of a bill championed by a pair of Senate Agriculture Committee Republicans seeking to create a system of regionalized cash trade requirements in the beef cattle industry in a bid to improve price transparency in the sector.

Farm Bureau had previously endorsed the bill in line with the organization’s policies. Now, AFBF President Zippy Duvall says the group's leadership will need to study the issue.

The Farm Bureau board of directors is set to meet Wednesday in Atlanta, but Duvall said more time will be needed for the group’s review.

The board’s decision could put Farm Bureau in the sticky position of changing its position on a measure it once publicly backed. The organization has policy supporting some of the other provisions of the bill — a beef industry contract library, for example — and could decide it still supports the majority of the legislation even given its opposition to one specific provision of it. 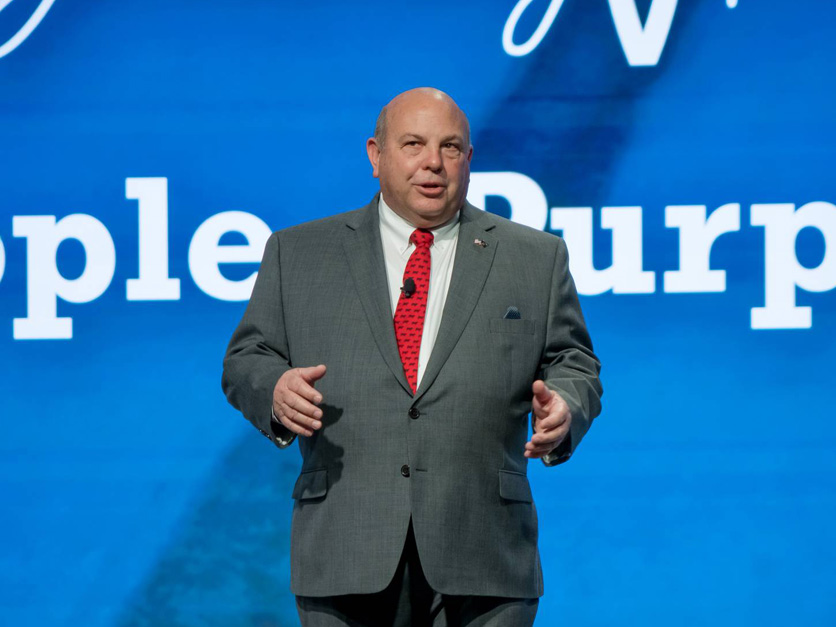 Farm Bureau President Zippy Duvall“If we change now … we’re not just pulling our support, we’re looking at joining the other team,” Michael Johnson, a delegate from Iowa Farm Bureau, said during floor debate. “We would lose the trust of senators when an issue that we have their back on, we suddenly flip on.”

Duvall said he discussed the possibility with Sen. Deb Fischer, the Nebraska Republican who introduced the bill along with Sen. Chuck Grassley and a bipartisan contingent of other senators, and said the two lead members had been made aware of the looming discussion.

“I think they both know our policy comes from our grassroots,” Duvall said.

The group’s farm bill discussion was relatively limited, something Duvall attributed to delegates' trust in AFBF's internal review process. A national study committee is expected to detail its findings to the AFBF board “before we go public with what we think needs to be changed or supported in a new bill," he said.

Delegates did, however, make some policy changes, including a call for higher reference prices “for all Title I Commodities,” improvements in Dairy Margin Coverage in the next farm bill, and making permanent a per-acre discount on crop insurance premiums.

Among numerous other changes, delegates voted to: