Agriculture Secretary Tom Vilsack confirms that USDA is expecting to spend about $1 billion from the Commodity Credit Corp. for developing climate-smart agricultural commodities.

Agri-Pulse asked Vilsack about that number after he testified at a House Ag Committee hearing on Thursday. “I think that’s a fair, fair number,” Vilsack replied.

Take note: Vilsack also told reporters the nomination for USDA’s undersecretary for trade has been delayed because of the vetting that’s required. “He has a complex set of business relations, and he knows trade,” Vilsack said. He didn’t name the person.

Vilsack used the four-hour hearing to push back on concerns that the government-wide vaccine mandate is harming farm programs.

By the numbers: Of 90,000 USDA employees, 600 have either not been vaccinated or haven’t received an approved exemption or accommodation, he said. About 89% of USDA’s workforce has been vaccinated. 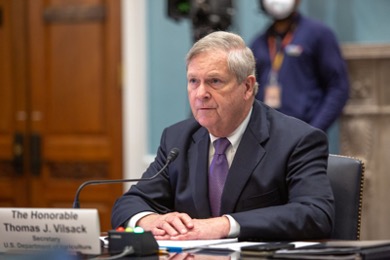 Lawmakers pressed Vilsack repeatedly about fertilizer availability and price spikes. Vilsack used the questions to make the case that many farmers are using more fertilizer than they need to.

He also touted a new crop insurance endorsement that will protect farmers against yield losses if they decide to split nitrogen applications during the growing season and can’t make the second application due to weather.

“We need to make sure we are using fertilizer appropriately and wisely,” he said.

Why it matters: The average feed grain operation will pay $128,000 more on fertilizer this year, an increase of $39.55 per acre, according to a Texas A&M University study.

Read our report on the hearing for Vilsack’s comments on other issues, including China and plans for making payments for cover crops and disaster aid.

Starting over on BBB?

President Biden expressed confidence this week that he can get Congress to pass portions of his Build Back Better bill, including the climate provisions that include significant new funding for climate-related farming practices.

But Sen. Joe Manchin, D-W.Va., indicated to reporters Thursday that the negotiations will have to start over and that his previous offer is off the table. “We’ll just be starting from scratch whenever we start” the talks, he said. He also said it’s critical that inflation and the COVID-19 pandemic first ease up.

By the way: Vilsack expressed optimism during the House Ag hearing that the ag climate provisions could still get enacted. “That’s not the area where there is disagreement or concern,” he told lawmakers.

Vilsack told reporters that the BBB bill’s $10 billion in child nutrition provisions could be attached to a child nutrition reauthorization bill. Neither the House nor the Senate has acted on that legislation.

Brazil, Denmark, Ireland, Poland, and Spain join the U.S., U.K., Germany and the Netherlands as targets for the duties.

South Africa’s anti-dumping duties on U.S., British, German and Dutch poultry have already made a significant impact, according to the FAS office in Pretoria. South Africa’s poultry imports have declined by 63% over the past three years, pushing up domestic prices and squeezing consumers’ pocketbooks. 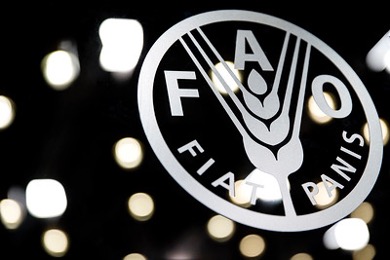 The United Nations Food and Agriculture Organization has been delivering heavy-duty plows to some of the driest lands in Africa and the result isn’t just better farming – it’s also helped stave off deforestation.

By cutting deep through dried out soil, the plow can restore degraded soil and farmers don’t have to clear additional forest land. That’s extremely important in countries like Burkina Faso, where a third of the land has been degraded, FAO says.

EPA will allow pesticide registrants to use alternatives to inert ingredients derived from propylene glycol, in order to address feedstock shortages caused by bad weather in the Gulf Coast in early 2021.

Among other requirements, pesticide registrants must self-certify that the substitute inerts serve the same function in the product as propylene glycol, and maintain the validity of product-specific data submitted in support of the registration.

The newly announced funding for upgrading Lock and Dam 25 in Missouri will speed barge transportation and translate into big savings for shippers and farmers, representatives of the Waterways Council and National Grain and Feed Association said Thursday.

In an online call with Rep. Cheri Bustos, D-Ill., NGFA’s vice president of legislative affairs and public policy Bobby Frederick and the council’s President and CEO Tracy Zea praised the announcement that $732 million would be available for the improvements.

"It will be a significant saving to your average farmer," Zea said, mentioning as an example time savings. "Right now, it takes two to three hours to go through the lock," he said. That time will be cut to 45 minutes.

He said it. “I have talked to Sen. Manchin on many occasions. He’s a good friend.” - Agriculture Secretary Tom Vilsack at the House Ag Committee hearing about prospects for getting the Senate to pass the Build Back Better bill’s climate provisions.