The House is wrapping up debate today on a sweeping, Democratic bill aimed at increasing U.S. competitiveness with China and other developing countries. The legislation will include a pair of amendments aimed at tightening reporting requirements on foreign ag investment.

Both provisions were adopted by the full House on Thursday. Foreign ag investment “isn’t an issue we can afford to ignore, as it poses a very serious national security threat,” Jackson said.

Keep in mind: Republicans argue that the bill, the America COMPETES Act, doesn’t go far enough to curb Chinese practices. “It really is not putting the teeth in place to deal with China the way it needs to be dealt with,” Rep. Doug LaMalfa, R-Calif., said on Agri-Pulse’s Washington Week in Review.

The House passed its version of the OSR bill in December. And on Thursday, the sponsors got the measure approved as an amendment to the America COMPETES Act, providing another route to potentially enacting the port reforms.

Keep in mind: The House version is generally considered the stronger of the two because it directly prohibits ocean carriers from refusing to load U.S. ag exports.

“The problems at our ports include delays of shipments of American-made goods to overseas trading partners due to the unreasonable practices of foreign-owned ocean carriers,” said Julie Anna Potts, president and CEO of the North American Meat Institute.

“These delays are a huge cost to meat and poultry companies as their perishable products await transport.”

USDA will continue to allow schools to offer flavored 1% low-fat or non-fat milk for the 2022-23 and 2023-24 school years as part of a “transitional rule” to help school systems facing supply chain challenges during the COVID pandemic.

In the rule being issued today, the department’s Food and Nutrition Service also says schools will have to ensure that 80% of the grains served each week in school lunch and breakfast be “whole grain-rich.” Finally, the weekly sodium limit for school breakfast and lunch will stay the same for 2022-23, but will be reduced by 10% in 2023-24.

“These transitional standards are broadly consistent with what most schools were already successfully implementing prior to the pandemic,” Dean said. 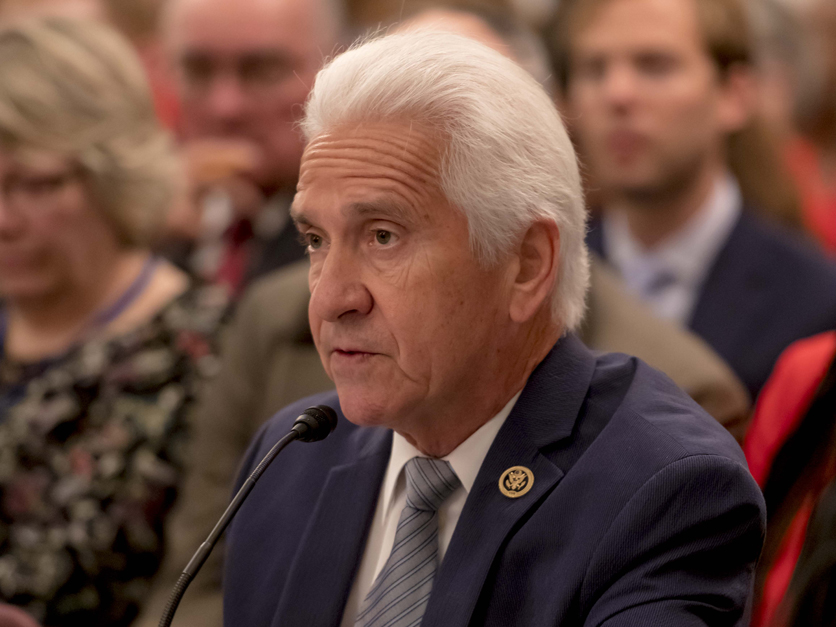 “Establishing appropriate baselines for greenhouse gas emissions in the way that cattle are raised today, … is what is most needed right now,” said Kim Stackhouse-Lawson, director of AgNext and an animal sciences professor at Colorado State University.

The chairman of the Livestock and Foreign Agriculture Subcommittee, California Democrat Jim Costa, agreed. “It's critical that we come up with more measurable ways to assess progress on the farm, because I think we are making progress,” he said, especially as the committee works on provisions for the next farm bill.

The hearing was notable for the broad agreement among witnesses and committee members on the notion that producers should be commended for their efforts, not targeted by "naysayers," as Rep. Dusty Johnson, R-S.D., said.

Keep in mind: The administration’s climate-smart ag initiative will have a heavy emphasis on measuring the impact of climate-related farming practices. The goal is to help producers sell commodities as climate-smart or to participate in carbon markets. The initiative will be funded with $1 billion from USDA’s Commodity Credit Corp. account.

The Biden administration is using an analysis of the Trump-era trade assistance payments to make its case for ensuring that USDA provides more aid to minority producers.

A report by the Government Accountability Office finds that 3.6% of the Market Facilitation Program payments went to farmers who are classified as historically underserved. Those include minority producers, women, veterans who are new to agriculture and other beginning farmers.

“This is a prime example of why at Secretary (Tom) Vilsack’s direction we began re-evaluating USDA’s decades-old programs and processes from top to bottom to more equitably serve all of America’s producers on day one,” says USDA spokesperson Kate Waters.

Keep in mind: The distribution of commodity-based subsidies tends to align with production volumes, and minority farmers generally represent a small share of ag production. Hispanic farmers account for under 6% of U.S. commodity sales; Black farmers’ share is less than 1%.

He said it. “US pork producers are facing many bottlenecks at US ports jeopardizing market access around the world. Exports are vital for our producers adding $58 to every U.S. hog marketed in 2020.” - Glenn Muller, executive director of South Dakota Pork Producers, reacting to the unveiling of the Senate version of the Ocean Shipping Reform Act.