Home » What defines a small farm in California? It's complicated—but critical to agriculture’s future
WEST

What defines a small farm in California? It's complicated—but critical to agriculture’s future

Small farmers fit within no simple definition. Each category has pitfalls—whether by acres, income, employees or head of cattle. Yet the definition is crucial, since it dictates state and federal benefits, delivers more cooperative extension assistance and can ease some regulatory requirements. The State Board of Food and Agriculture has begun tackling this issue in advising CDFA on potential policy choices, and it has opened up a much broader conversation about how much and why California values small farms.

According to the USDA Census of Agriculture, 72% of the state’s 70,000 farms are small family farms earning less than $150,000 a year, which is about 10% below the national average. In California, their acreage—less than 50 acres on average—accounts for just a quarter of all agricultural land. And the state has nearly twice the number of large family farms and non-family farms as the U.S. average, and those farms earn the bulk of the income, according to Gary Keough, who directs the Pacific regional office of the USDA National Agricultural Statistics Service, in a presentation to the board last week.

The California Farm Bureau, meanwhile, has classified 84% of its 67,000 members as small farmers, and nearly half make under $45,000, explained Farm Bureau Administrator Jim Houston, who ranked members by gross farm income and argued that should be the sole metric used for categorizing farms. Determining by acreage is a slippery slope to organizing by commodity type and even markets, he reasoned.

The federal category for small farms starts with operations that earn just $1,000 a year—a number determined by Congress.

“That means each kid with a steer is a farm,” said UC Davis Agricultural Economics Professor Daniel Sumner. “It hasn't been adjusted for inflation since back when I was a little kid.” 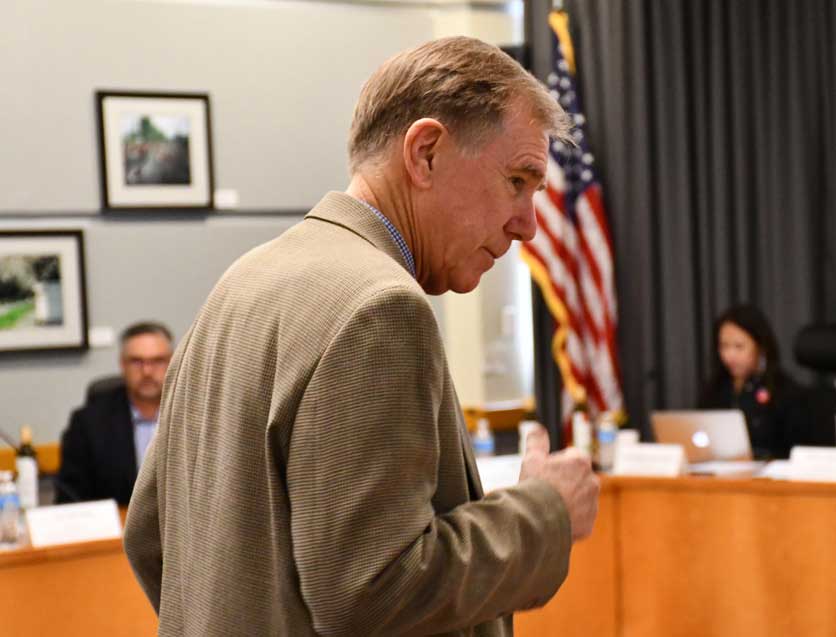 Sumner pointed out that most small farmers are not poor, with more than half in the state earning a living through something else, often retirement, which is a worldwide phenomenon. In California, small family farms account for more than half of the farm-related income derived from agritourism, animal boarding, generated energy and other sources, according to USDA data.

Larger farms, on the other hand, supply almost all the food production, but focusing on this trivializes small farms, said Sumner.

He mused that refining the definition of small farms could help regulators find them more easily and cited studies showing that small businesses tend to comply less often and have more difficulty with environmental rules. But he pushed back on a tone of exempting small farms from regulations just to penalize big ones. And enticing farms to stay small could lead to failure, as the dairy industry has discovered.

“The entire model and subset of dairy in California—because of the pressures of economies of scale—has forced consolidation at a level that I don't think has ever been done in history,” said Western United Dairies CEO Anja Raudabaugh, adding that the labor market has exacerbated the situation.

Those that have remained small, she explained, have taken special measures to add value, like moving to organic, though that market has “maxed out.”

Small and mid-sized farms are at a competitive disadvantage in being able to invest in alternative revenue sources like California’s Low Carbon Fuel Standard program, which tends to benefit larger dairies.

“The digesters are giving them an edge,” said Raudabaugh. “And in business, it's all about maintaining an edge.”

Dairy cattle account for more than half of the U.S. ground beef production. Yet those cattle are not being sent to slaughter in California, but exported to states less concerned about methane emissions, she explained. Growth has stalled in the California dairy industry, despite record dairy consumption nationwide for the last two years.

Dairy margin coverage, aimed at helping small dairies survive, has a five-million-pound limit per operation, which covers about 225 cows. Raudabaugh said lawmakers may want to consider raising that definition as conversations begin for the next farm bill.

Paul Towers, who directs the Community Alliance with Family Farmers, shared similar concerns that increasing consolidation has made it harder for small farmers to find markets and make a living.

“We do need to differentiate and be able to target resources to truly small-scale and to truly mid-scale growers,” said Towers, who called for more flexibility and technical assistance and less paperwork in government programs for small farmers.

Yet Danielle Veenstra, who manages sustainability and communications at the Almond Board of California, raised questions over the importance of size when determining need. She pointed out that being able to farm on almonds alone requires at least 500 acres and while almonds fetch a higher income, they come with higher costs.

California FarmLink CEO Reggie Knox said a typical farm he lends to would be a 15-acre strawberry operation with annual expenses of $20,000 or more per acre. But the revenue may be just $25,000 per acre, and the farmer does not make money every year.

“Agriculture is really bad at this concept of equity,” she said. “Our farmers are not used to it, because it's all market driven. Promising equal outcomes is something that they have a really hard time reconciling with the general voting population in California.”

But she argued the “every dairy farmer for himself attitude” must go, since community-based solutions are needed for solving the many environmental challenges that take policy priority in Sacramento.

Another mentality serving as an obstacle is that small farms should have zero risk in food safety, according to UC Small Farms and Specialty Crops Advisor Ruth Dahlquist-Willard. She said one-size-fits-all policies like this create regulatory blockages for small farms and the state should create exceptions for certain criteria.

Dahlquist-Willard described the value these farms bring to California. For example, they introduce new specialty crops that are more drought tolerant and, if scaled up with more marketing and research, could become larger commodities for the state and help it adapt to drought and cutbacks to groundwater pumping.

She pointed to another benefit from small growers, especially those depending on urban farmers markets for direct sales.

“The more small farms and family farms and locally marketed farms we have,” she said, “the more people are able to understand the value of agriculture in California.”