A New York Times video opinion piece attacking U.S. agriculture has caught the attention of top USDA officials as well as farmers. The video’s title, which pretty well describes the tone and thrust of the piece, is “Meet the People Getting Paid to Kill our Planet.”

Robert Bonnie, USDA’s undersecretary for farm production and conservation, was asked about the video at a House Agriculture subcommittee hearing. He called it “horrible” and said he was “very disappointed” with it. 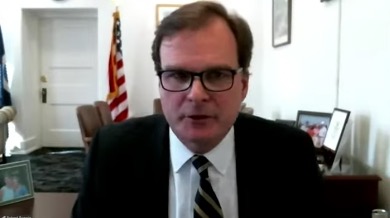 “I think farmers, ranchers, forest owners are great stewards of our land,” Bonnie said. “I think they all depend on the productivity of the land, which comes from stewardship.”

By the way: Rep. Austin Scott, R-Ga., urged his colleagues to watch the video as well, but he added a warning: “Please do it when you're not in a bad mood, so that you don't you don't break something.”

Scott noted that Senate Agriculture Committee member Cory Booker, a New Jersey Democrat who’s an outspoken critic of large animal feeding operations, was interviewed for the video.  “I won’t ask you to comment on that,” Scott told Bonnie.

For more on how the climate-smart commodities program will work, read our weekly Agri-Pulse newsletter. We also have the latest on China trade policy and the debate over cattle market reforms as well as a look at how the egg industry has responded to Proposition 12 and what the administration is being advised to do with a “waters of the U.S.” proposed rule.

The Senate on Tuesday confirmed Homer Wilkes to be USDA’s undersecretary for natural resources and environment, the position that oversees the Forest Service. Wilkes was approved on a voice vote.

The long-time USDA veteran has been directing the Gulf Coast Ecosystem Restoration Team in  the Natural Resources Conservation Service.

The number of farm bankruptcy filings dropped by half last year, falling to 276. It marked the first time there have been fewer than 300 filings in at least 10 years, according to an analysis by the American Farm Bureau Federation.

There were 599 Chapter 12 filings in 2019 and another 560 in 2020. Bankruptcy filings were down in every region of the country last year, including the Midwest, which accounted for more than half the U.S. total. 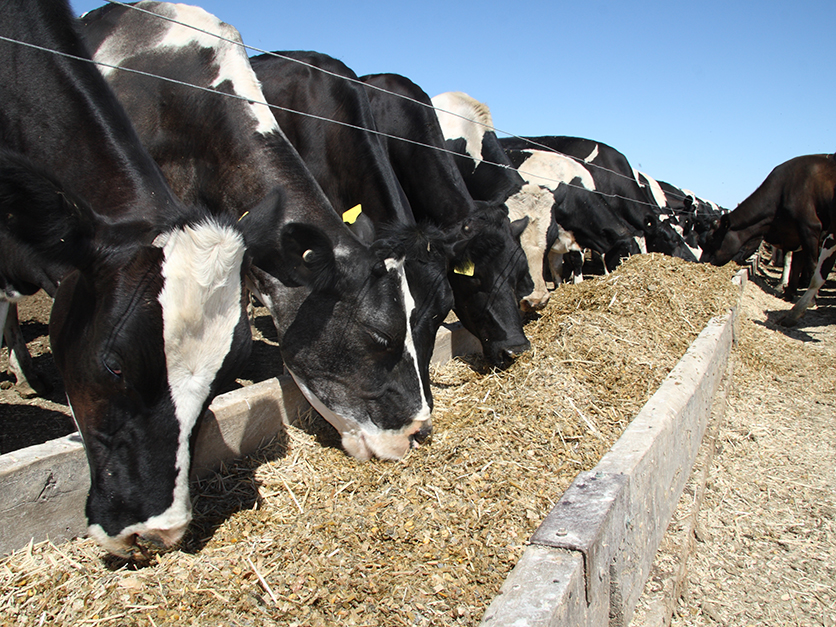 With signup for the Dairy Margin Coverage program running well behind last year’s pace, USDA is extending the enrollment deadline from Feb. 18 to March 25. Fewer than 9,000 dairy operations have signed up so far, about 55% of the program’s enrollment in 2021.

Take note: Producers may be slow in signing up for DMC because of the relatively strong milk prices they’re getting. The forecasted margin throughout 2022 is well above $9.50.

By the way: DMC came up in the House Ag hearing Tuesday with Bonnie. He cited it as the only commodity program that protects producers against rising input costs as well as drops in prices.

USDA’s Foreign Agricultural Service was renowned for its trade missions across the globe, helping promote U.S. farm products to foreign buyers and facilitating deals before the pandemic, but the onslaught of COVID-19 shut that down – until now.

FAS is planning its first in-person trade mission and the destination is Dubai, the most populous city in the United Arab Emirates, FAS Administrator Daniel Whitley tells Agri-Pulse. The mission is scheduled to coincide with the massive Gulfood conference in Dubai next week.

“Gulfood is the largest food and beverage show in the Middle East including 5,000 exhibitors from 200 countries and 100,000 visitors in 2021,” says FAS, which stressed that the U.S. presence at the event will be expanded this year to include exhibitions on grain and pulses.

Potatoes from Canada’s Prince Edward Island are not yet being allowed back into the U.S. mainland after the discovery of the potato wart fungus last year, but the spuds are gaining access to Puerto Rico, the USDA confirmed Tuesday.

“It is critical that we base our agricultural trade decisions on sound science,” Agriculture Secretary Tom Vilsack said.  “After considering Puerto Rico’s lack of suitable climatic conditions for potato wart as well as the lack of a commercial potato production industry on the island, we are confident that with appropriate mitigations in place this trade can resume safely, and the U.S. potato industry will remain protected.”

Many U.S. farmers rely on supplies of Canadian seeds, and U.S. processors use a lot of potatoes from Prince Edward Island

He said it.  “They're manipulating the figures just to their advantage.” - Sen. Chuck Grassley, R-Iowa, on the university economists who have analyzed the cash trade mandate in his market reform bill and found that it could hurt producers.