Agricultural employers seeking to get H-2A workers into the country for seasonal labor are finding that under U.S. COVID-19 protocols, not all vaccines are created equal.

In some cases, Mexican workers have been vaccinated but with a vaccine not approved by the U.S. — China’s Cansino or Russia’s Sputnik.

“We're having some problems,” says Michael Marsh, president and CEO of the National Council of Agricultural Employers. Farms and recruiters are being forced to scramble to find replacement workers.

The H-2A visa program has grown sharply in recent years. In fiscal year 2021, which ended Sept. 30, the Labor Department certified 317,619 total positions, an increase of 15.3% from fiscal 2020. The number of positions increased by 6.5% in each of the previous two years.

Marsh said he doesn’t have good estimates on what percentage of workers have been affected, but the number is not insignificant, according to feedback he has gotten from NCAE members.

The head of human resources for a large grower in Washington state, whose story Marsh shared with Agri-Pulse, said his operation had a 100% vaccination rate for its workers in 2021, but in several cases the workers had received Cansino or Sputnik vaccines.

In January, the Department of Homeland Security issued a rule requiring proof of CDC-approved COVID-19 vaccines for essential travelers entering the United States.

The HR head in Washington wants DHS to allow H-2A workers to cross the border unvaccinated, with a negative test, and then have to get their first dose within 30 days. “I’m recommending 30 days in case the worker received Cansino or Sputnik the day before they crossed, [because] they will need to wait 28 days before starting a new vaccination regime," the official said.

Another company, which is involved in recruiting and supplying workers for U.S. employers, says it processed over 16,000 workers in 2021, a number it expects to nearly double this year. But they had to turn down about 30% of candidates, both new and returning, due to lack of the proper vaccine or no vaccine at all.

Timing is crucial, Marsh said. “We're getting to the point in the year where you typically have a lot of workers crossing, in order to go to jobs here in the U.S.,” he says. “That surge of workers usually is from about this time until about the middle of May.”

With the DHS order not set to expire until April 21, “it will still continue to create issues for employers trying to source workers under the H-2A program,” he says.

Jason Resnick, senior vice president and general counsel at Western Growers Association, also said many workers were given the Cansino or Sputnik vaccines. Other workers were vaccinated in the United States last season but can't document it, he said. 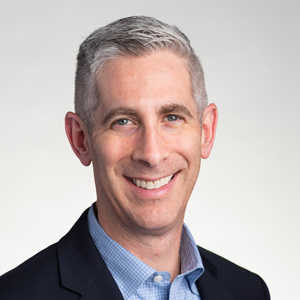 In some cases, “we’ve been helping along with some of our partners in Mexico to get workers to the right places to get the right vaccines,” he said. But that also can create delays because of the time required to wait between first and second shots.

He notes that the requirement remains in place even as “masking requirements are abating” at both the federal and state levels. CDC has released guidance on masking based on whether the “community-level” risks are low, medium or high.

“And yet,” says Resnick, “we still have a pretty high bar to get into the country as an essential worker. So it would be helpful if the rules were modified to allow workers to come in, and then get vaccinated in the U.S., because most of the workers who have been here last season, got vaccinated.”

Members of Congress and farm groups are pushing DHS and the White House to ease the requirements.

“The administration should permit employees to cross the borders and receive an approved vaccine in the United States as so many did last year,” says a Feb. 22 letter from 17 ag groups to Jeffrey Zients, the White House’s coronavirus response coordinator.

“In 2021, 37% of H-2A workers entered the United States between January and March; to delay — or potentially prevent — the arrival of one-third of this year’s agricultural workers would be devastating,” the groups, including the American Farm Bureau Federation, Agricultural Retailers Association, and other groups said.

DHS did not respond to a request for comment and has not responded to Newhouse or the grower groups.

“All we’re asking for is an exemption for our essential workers,” says Newhouse spokesperson Amanda Fitzmorris. She adds that with COVID restrictions easing across the country, “it really makes no sense” that DHS is continuing to enforce the vaccine requirements.

She adds that it’s “not because we’re anti-vaxxers — nothing could be further from the truth” — but that DHS will not even allow employers to set up vaccine clinics at the border to help get workers into compliance.

“I think the important point here is not that DHS is enforcing vaccine requirements, but that they’re preventing H-2A workers from even getting the vaccines,” she said. “If they allowed producers to set up vaccine clinics at the border — which was the initial request — then this would be a nonissue”

Alexis Guild, director of health policy and programs at Farmworker Justice, says “workers need access to CDC-approved COVID-19 vaccines in their home countries, primarily Mexico, because they need time for the vaccine to take effect before traveling. As for workers who are not able to access COVID-19 vaccines in their home country, they must be able to access vaccines at the border, with sufficient time and accommodation for the vaccine to take effect, as well as access to masks and other personal protective equipment to mitigate the risk of exposure.”