California has eight years to complete Gov. Gavin Newsom's goal of conserving 30% of the state's land and coastal waters—adding about six million acres to an already sizable portion of protected lands. Since Newsom launched the 30x30 commitment in 2020, the agriculture community has been asking how the administration will factor in existing efforts like agricultural easements and healthy soils practices.

A draft plan released in December shows that many of those practices would not fall within the 30x30 framework.

Farm groups worry that excluding agriculture in this way portrays farmers as not contributing to the objectives of protecting biodiversity, sequestering carbon and building climate resilience. Those groups, along with environmental interests, are hoping for significant changes to the document before the administration finalizes it in a month.

Further logistical hurdles stand in the way as the 30x30 program seeks to inventory all existing conservation efforts—information often buried within an array of local, state and federal programs and that may exist only in paper form in a forgotten filing cabinet. The state is also grappling with a range of definitions for conservation that occasionally contrast with broader federal objectives in conserving land.

State officials have recently narrowed the focus of the 30x30 effort to prioritize land that is “durably protected” and now describe 30x30 as just “one piece within a larger conservation puzzle” for the administration.

Lawmakers raised these issues last week during an informational hearing for the Assembly Water, Parks and Wildlife Committee. Jennifer Norris, deputy secretary for biodiversity and habitat at the California Natural Resources Agency (CNRA), pointed out that nearly a quarter of the land in the state already meets the 30x30 definition for conservation—ranging from recreational areas to open spaces and conservation easements for livestock grazing or timber harvesting.

The state hopes to accelerate the pace of conservation by identifying new places to acquire, increasing voluntary efforts and enhancing existing programs.

The 2021 budget is seeding more than $1 billion into programs that overlap with 30x30, such as for nature-based climate solutions, habitat restoration projects and coastal resiliency to sea level rise. Conservation groups like The Nature Conservancy are pushing lawmakers to invest another $1 billion to protect biodiversity and connect critical habitats through wildlife crossings. 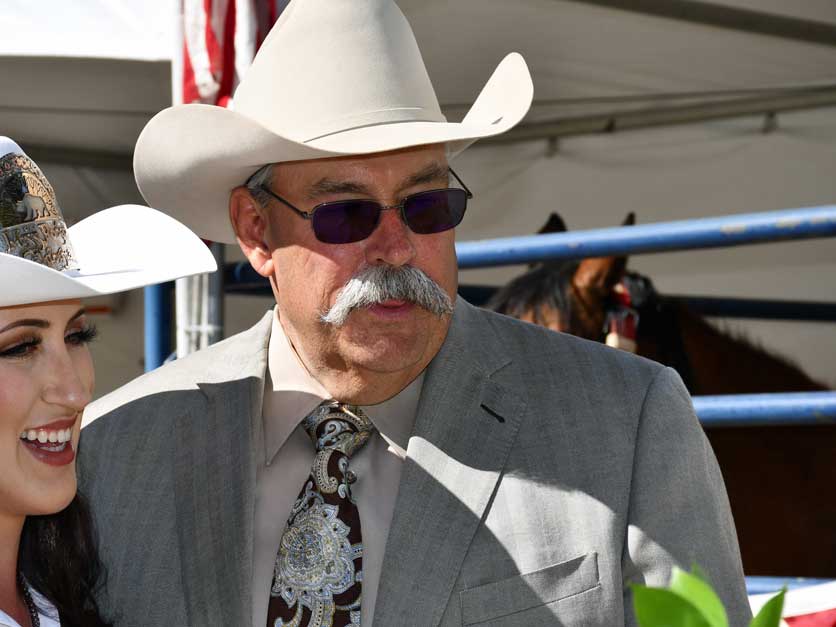 Assemblymember Carlos Villapudua of Stockton, however, noticed that a $15 million grant program incentivizing on-farm pollinator habitats, which he spearheaded last year, was not included in the document. Norris responded that while Newsom’s 30x30 executive order does acknowledge that such existing efforts contribute to the state’s broader environmental objectives, the 30x30 plan is seeking “a higher level” of conservation.

Republican Asm. Frank Bigelow of O’Neals raised criticism that was levied immediately after Newsom issued the 30x30 order, that California has already exceeded the conservation goal by 20 million acres. Bigelow argued the administration’s assessment qualifies just half of those areas.

A new interactive map for 30x30, for example, shows that less than half of Yosemite National Park, which is within Bigelow’s district, is considered a conservation area. And 40% of the California’s vegetation has yet to be mapped, according to environmental groups.

Norris explained that multipurpose lands like Yosemite are not primarily protecting biodiversity. She also acknowledged the mapping tool uses data from the U.S. Geological Survey that left out broad swaths of protected lands, including many conservation areas under the Department of Defense.

“Most notably are places like conservation easements,” said Norris, noting the role of grazing in protecting vernal pool ecosystems in the Central Valley. “My guess is that easements are on paper and they're in somebody's file drawer.”

CNRA plans to do a deeper analysis on protected areas and has put out a call for rangeland managers and others to share data for updating the map.

“It's how do we get to 30 by 2030—not get to 30 by tomorrow,” said Mark Gold, CNRA deputy secretary for oceans and coastal policy, in describing how the agency is working with stakeholder groups to expand the map and determine places that meet the durability definition “Nobody has defined durable,” Committee Chair Rebecca Bauer-Kahan of Orinda told Gold. “We just keep saying they have to be durably protected.”

Bigelow argued that a conservation easement is durable, since it goes on in perpetuity as an agreement between the landowner and local and state governments. Norris clarified that those lands must be in permanent public ownership for a biodiversity purpose to meet the 30x30 definition of durable, though there is still gray area when it comes to the Williamson Act for land conservation, since it covers up to 20 years and not perpetuity.

“We think there's a couple hundred thousand easement properties out there that may or may not be in our database, but they absolutely meet our definition,” said Norris.

The 30x30 plan excludes such projects, along with programs under the administration’s Strategic Growth Council, the California Department of Conservation and the USDA Natural Resources Conservation Service, added Roschen.

“While biodiversity may not be the primacy of these agreements, biodiversity is most certainly advanced,” said Roschen. “These projects keep fuel loads low, manage noxious and invasive species, and protect and expand important habitat for threatened and endangered species.”

They also create fish habitat within flooded rice fields and forage for the endangered tricolored blackbird.

“Not being included in the pathways, we're concerned it creates a perception that the ag community doesn't and can't compliment biodiversity,” she said.

Bauer-Kahan pressed Norris for details on the rate of acres per year the state is currently conserving, but the agency is still trying to assess those numbers.

“In California, our conservation goes in waves,” she said. “We get these big bonds and grants, and we do a bunch. And then the economy puts it on the backburner.”

She described the goal of six million more acres as ambitious but doable. CNRA reached out to other agencies to assess how many more acres the 30x30 program may be able to capture for conservation, and the initial feedback showed the state is on the path to achieving this. That information will be added to the plan later as an appendix.

Bauer-Kahan asked how the state will steward this land in perpetuity, arguing California’s wildfire problem is due in part to poorly maintaining lands.

“We have a great track record of getting land under conservation and then not always taking care of it the way we should and not investing in that stewardship,” admitted Norris. “We need to up our game for stewardship on a lot of our already conserved lands and build that into the process. I don't have an easy answer for you.”

The 30x30 document notes, for example, how California has lost 90% of its wetlands—an ecosystem that falls within a high priority category for the plan.

During a hearing earlier this month on the 30x30 strategy for the Range Management Advisory Committee, which intersects with several state resource agencies, Norris said the revised version of the plan will have a more robust section on stewardship and land management.

Ranchers were also concerned that prioritizing biodiversity may come at the expense of wildfire prevention efforts. Cattle rancher Billie Roney worried that conserving rangeland in perpetuity would restrict targeted livestock grazing that reduces fuel loads, a growing practice that must already meet rigid environmental regulations. Norris acknowledged this is an opportunity that the CNRA team needs to lean in on.

The planning document was also unclear on how Newsom’s 30x30 strategy would intersect with that of the Biden administration, which has a different definition for conservation. Dubbed America the Beautiful, the federal counterpart launched just two months after Newsom’s executive order. More than 40% of California’s protected lands are federally managed, according to Staci Heaton, a policy advocate with the Rural County Representatives of California.

“We were also a little disappointed in that the California document did not discuss how local governments were going to be part of the strategy,” said Heaton, arguing counties in particular play an important role in land management through the Williamson Act. “Most of our counties feel like the state has abandoned that program. It has not been funded for several years.”

Counties, she added, have been the ones left managing the conservation projects after the state has pulled out.