State agencies will face a hard deadline for approving a critical new water plan if lawmakers approve a Democratic bill progressing through the Legislature. The measure would set a mandate for the State Water Resources Control Board to update its controversial Bay-Delta Water Quality Control Plan by 2024.

The measure has shifted a longstanding debate to the Capitol over the best approach to protecting ecosystems in Sacramento-San Joaquin Bay-Delta watershed. State Water Project contractors have collaborated with several state and federal administrations to craft a voluntary pathway that would soften the blunt regulatory plan.

Yet Assembly Bill 2639 is once again pitting agricultural interests and water districts against environmental and fishing groups—the “old binaries” that Gov. Gavin Newsom has lambasted since taking office.

To Assemblymember Bill Quirk of Hayward, his bill would not alter the administration’s pursuit of voluntary agreements but would simply add a deadline for approving a plan and establish repercussions for ignoring it.

“So we have a consequence,” said Quirk, when introducing his measure last week to the Assembly Environmental Safety and Toxic Materials Committee, which he chairs. “There would be a pause in issuing new water rights that would divert additional flow away from the Bay-Delta.”

The temporary moratorium would act as an incentive to completing the plan, though existing water rights would continue, he explained. While state code requires the board to update the plan every three years, the last update was 27 years ago, which has driven native fish species like Delta smelt to the brink of extinction, according to his argument.

Quirk found support in a recent report from the nonpartisan Legislative Analyst’s Office urging lawmakers to accelerate the adoption of the Bay-Delta Plan. 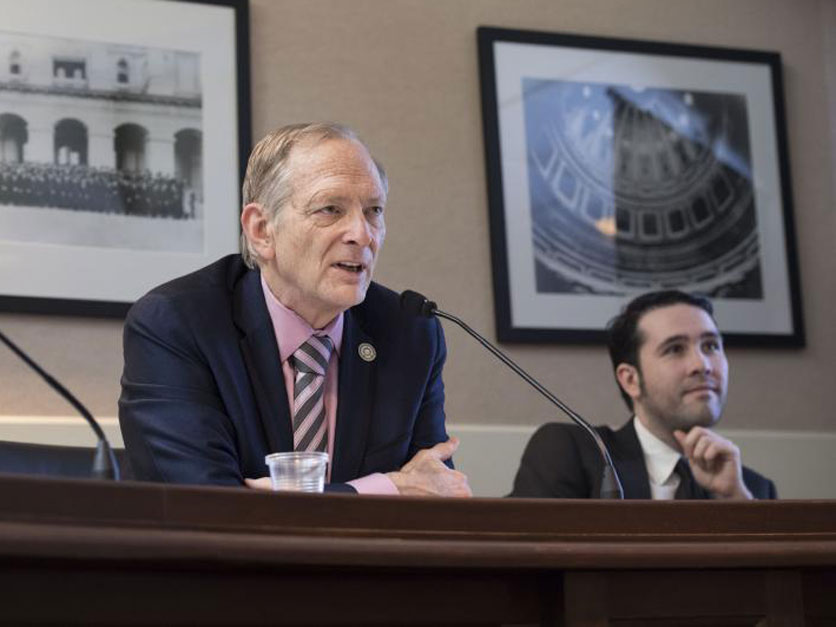 He has also gained the backing of a group that published a report in February calling for the board to update state water codes so California can better respond to drought and climate change. The cohort included five water law scholars and two former state officials. One coauthor on the report, former water board member Tam Doduc, resigned last year in protest to growing momentum for voluntary agreements.

The report has rankled valley water managers, who are struggling with the implementation of the Sustainable Groundwater Management Act amid an intensifying drought and unprecedented curtailments to water deliveries.

The problem with the white paper is that the authors “have never managed a molecule in their lives,” according to Aaron Fukuda, who leads the Tulare Irrigation District as well as a local groundwater sustainability agency, in testifying to the State Board of Food and Agriculture in March. Fukuda argued that “opening up water rights” for fully appropriated streams would divert critical resources from sustainability projects to instead cover court fees, and “that, in my mind, is a bad place to be.”

Yet the report taps into a growing enthusiasm among urban lawmakers to reexamine the state’s water rights system.

Frank, also a coauthor on the report, called the delayed update an unacceptable public policy failure and pointed to research from UC Davis Professor Emeritus Peter Moyle chronicling the decline of up to a hundred species in the Delta that now face extinction.

“If the state board doesn't act, likely you will not be able to tell your children and grandchildren that those salmon exist anymore,” he added.

Former Deputy Attorney General Clifford Lee, also a coauthor, portrayed Quirk’s bill as actually benefiting the many organizations that oppose it by granting them more regulatory certainty for proposed projects that would divert water through the Bay-Delta watershed. The comment was addressing criticism that the measure would stall construction of the Sites Reservoir Project in Northern California—a potential unintended consequence Quirk pledged to avoid if possible.

The bill’s proponents borrowed arguments from groups that have been fierce critics of the voluntary agreements approach. The Natural Resources Defense Council has complained that the administration’s lengthy engagement with the local water districts to seek a grand compromise has taken valuable time away from the board for enforcing the more aggressive regulatory path for freshwater flows.

Yet opponents of the bill pointed out that just weeks earlier, Newsom celebrated a landmark deal to initiate a set of voluntary agreements. CalEPA Secretary Jared Blumenfeld pledged that the deal “will move us away from water wars of yesteryear, ushering in a new era of collaboration in the battle to fight climate change.”

The water war, however, is now escalating in the Capitol building.

“The administration is moving, but in a different direction than what was just discussed here,” Cindy Tuck, deputy executive director for government relations at the Association of California Water Agencies, told the legislative committee. “I know it's taken a long time to get this far. But when you're at the end, you don't want to rush the public processes that happens.” 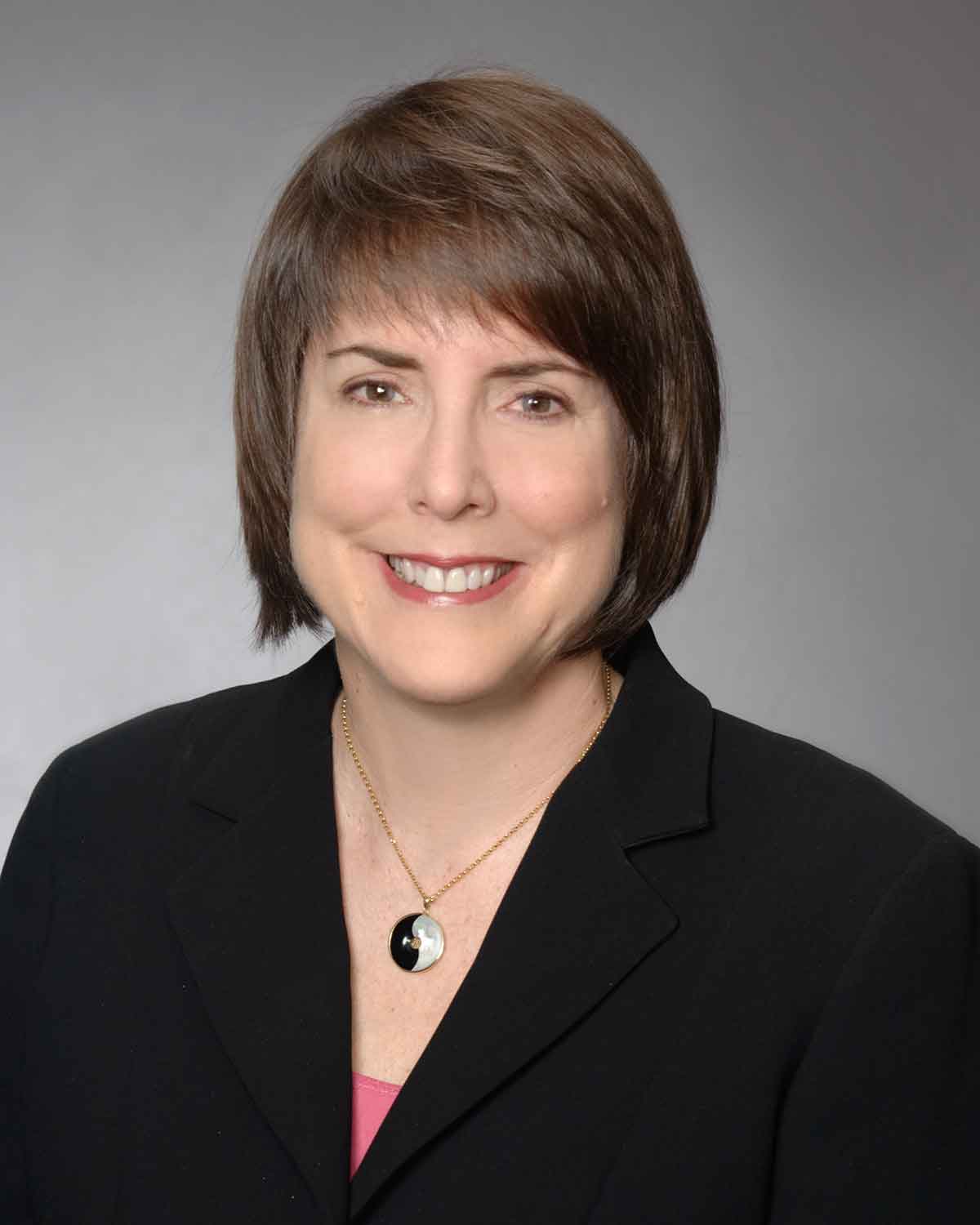 Tuck urged Quirk to remove the moratorium on new water rights from the bill, arguing it would not hurt the board but the water managers who must build storage and it would delay drinking water projects for San Joaquin Valley communities. She charged that setting a deadline ignores the ongoing court battle over the first phase of the Bay-Delta Plan, which the board approved last year, and that the date is based on one potential timeline for the plan from a staff presentation that the board never agreed to as the appropriate path.

The bill also touched a nerve with Sacramento area water managers as they race to respond to climate change.

Ryan Ojakian, a legislative and regulatory affairs program manager at the Regional Water Authority, explained how the changing weather patterns have cascading ramifications for operating existing and planned infrastructure and that adjusting water rights allows the agency to shift from relying on a shrinking snowpack to instead focus on groundwater banking.

“When you have difficult things to do, it is always easy to say we need more time,” countered Asm. Steve Bennett of Ventura. “At some point time, you have to draw a line in the sand and have a consequence, rather than just having agencies without any consequence at all just virtually ignore deadlines, as they have.”

Republican Asm. Devon Mathis of Visalia was frustrated his colleagues were even considering a measure that could reduce water flows for agricultural lands, when as much as 30% of the farmland could go fallow this year due to the drought and global food security grows uncertain with the war in Ukraine.

“We need to be doing more to get more water supply down there to cover what we're losing globally,” said Mathis. “We've got to make sure we have water flowing.”

Quirk shot back that AB 2639 would not affect the current water supply and would only impact new diversions if the deadline runs out. To Tuck’s concerns over the public review process, Quirk argued that passing the proposed second phase of the Bay-Delta Plan would be more transparent than the current discussions over voluntary agreements, echoing environmentalists comments that the agreements are a backroom deal that leaves disadvantaged communities out of the conversation.

The Bay Area lawmaker added that he would work with the water board to change the deadline if needed and that Newsom has the veto power if he does not like the bill.

“Silence is golden,” said Quirk, in describing his engagement with the administration. “So far, no one is objecting to the timeline we've set.”