Cannabis growers to get tax relief and other state aid

More than two dozen bills on cannabis have been circulating in the California Legislature this year to tackle a range of cannabis issues—from taxes to criminal penalties and even therapeutic use for pets. Gov. Gavin Newsom has responded to industry concerns by introducing $670 million in budget proposals aimed at easing taxes on growers and ramping up enforcement on illegal pot farms. And state agencies are more closely tracking those farms for water thefts and pollution.

Yet the hearing rooms of the Capitol still echo with calls for more action to prop up a flagging legal industry.

“People are not going to spend $80 for their weed in a legal marketplace, if they can get it from someone that's reputable for a fraction of the price,” said Senator Sydney Kamlager of Los Angeles, during a Senate budget subcommittee hearing last week.

Kamlager and her colleagues were reviewing two proposals in the May revision of Newsom’s budget proposal. One would set the cultivation tax rate at zero starting in July. This drew praise from the Humboldt County Board of Supervisors, which oversees a region dominated by illegal growers but also containing the most state-licensed cultivators in California.

“The current cultivation tax is inherently unfair, and it's a threat to the viability of the entire legal cannabis industry and to Humboldt’s economy,” said Sean Quincey, an administrative officer with the county. “Small cultivators are being put out of business left and right. And this proposal gives them a fighting chance.” 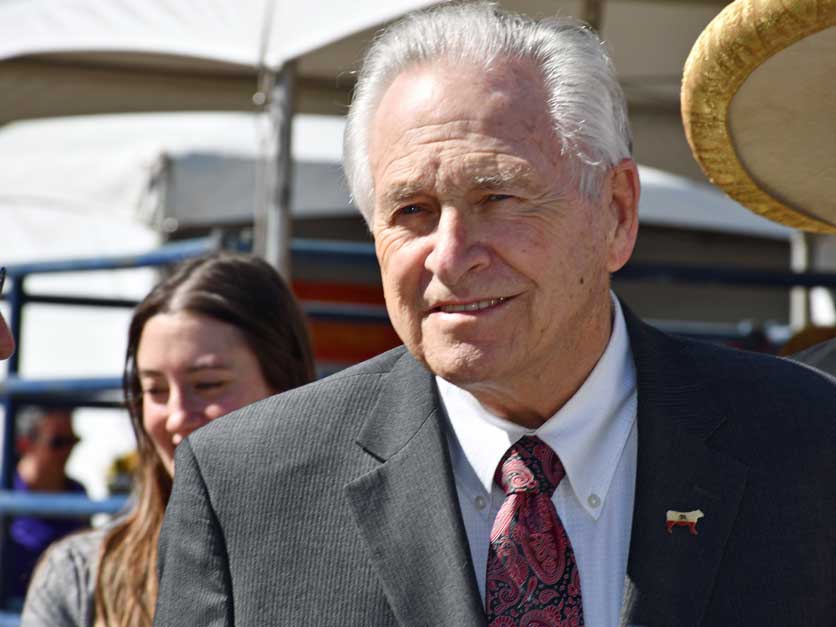 Another provision would shift a 15% excise tax from distributors to retailers, with the potential for it to rise to 19% in 2024. The administration would use $150 million to backfill the temporary loss in state revenue. Cannabis trade industry associations immediately pushed back on the proposal, arguing that raising taxes by more than 25% would drive more growers into the illegal market.

The combination of excise tax, state sales and use taxes and local business taxes can reach up to 40% and stifle businesses when cannabis prices plummet, according to The National Law Review.

Kimberly Harbison, a budget analyst with the Department of Finance, reasoned that temporarily lowering the tax rate would encourage people to buy more cannabis and more purchases would drive revenue upwards.

“It's not necessarily about selling more cannabis,” interjected Nicolas Maduros, director of the California Department of Tax and Fee Administration. “It is about driving activity into the legal market.”

The two administration officials were responding to frustration from Sen. Jim Nielsen of the Sacramento Valley, who described the budget debate as absurd.

Daybreak: State follows through on modest tax relief
Producers to get $6B in aid for 2020, 2021 disasters

To that end, the 2021 budget added $1.5 million to support local sheriff offices in teaming with the California Bureau of Cannabis Control (BCC) and the California Department of Fish and Wildlife [CDFW] to visit illegal farms in remote regions for enforcement actions.

“That $1.5 million, candidly, is a drop in the bucket compared to what we see across the state and especially in the north state,” said Sen. Mike McGuire of Healdsburg, in a separate budget subcommittee hearing last week. “There are literally tens of thousands of acres in the state that have been planted with unlicensed, unpermitted cannabis.”

CDFW Director Chuck Bonham said his staff are regularly coordinating with the sheriff in Siskiyou County and other counties in the region.

“This is the time of year when we're working out joint force deployment to deal with the legal activities across the northern part of the state,” said Bonham.

Along with more staff in Bonham’s department, the administration is proposing 20 more positions at BCC for law enforcement and 61 positions within the Department of Parks and Recreation to prevent illegal cultivation in state parks. The State Water Resources Control Board, meanwhile, is seeking $8 million and 17 positions to increase enforcement on illegal diversions, among other drought-related actions.

Sen. Anna Caballero of Salinas attempted to increase penalties on those farms in a bill that would have made it a felony for cannabis growers to steal from or pollute water sources. Law enforcement and local water districts backed the measure, and it gained nearly unanimous support in policy committees, but died last week in the Senate Appropriations Committee, likely due to Democratic opposition to any increases in criminal penalties.

A measure that did survive the appropriations gauntlet and is up for consideration on the Senate floor offers benefits to cannabis farmers. Senate Bill 1148 would create an exemption to the California Environmental Quality Act for commercial cannabis activities. According to the California Farm Bureau, this would make it easier for farmers to include cannabis as part of their business and speed up local approvals for manufacturing and retail establishments.

The Assembly, meanwhile, swiftly approved earlier this month a measure that aims to improve insurance options for cannabis businesses. Assembly Bill 2568 would ensure that insurance providers are not committing a crime by providing coverage to such operations.

On the regulatory side, the Department of Cannabis Control is continuing to grant waivers on license fees for local equity applicants, in an effort to assist those harmed by the war on drugs.