Farmers throughout the U.S. say they are worried skyrocketing diesel prices will cut into their profits this year, even as some of them benefit from booming commodity markets.

The U.S. Energy Information Administration reported the national diesel average was $5.70 per gallon Monday. On Tuesday, AAA reported California’s diesel price averaged $6.92 per gallon, about $2.74 higher than a year ago and the highest ever recorded in the state.

While other states have lower prices than California — Iowa's average diesel price on Tuesday was $5.26 — prices are still higher year-over-year. Iowa's most recent average price was two dollars higher than a year ago.

“It's going to make things much tighter and much more difficult,” said Don Cameron, vice president of Terranova Ranch near Fresno, California. “I just think that profit margins are going to definitely be down and hopefully we end up here on the plus side.” 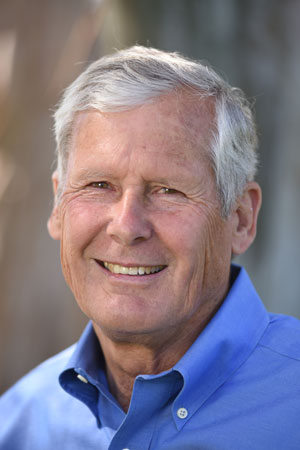 Terranova Ranch, which grows over 25 crops on 6,000 acres in the San Joaquin Valley, recently bought diesel for $4.74 per gallon. Although less expensive than retail cost because of the operation’s ability to buy diesel in bulk and farm fuel’s partial tax exemption, Cameron said it cost approximately $950 to fuel a single tractor during this year’s planting season. He said one tank of diesel will only last a tractor a day during this season and that the price spike will hurt farmers in the state, who are already struggling with drought and a decrease in almond prices.

Cameron, also the president of the California State Board of Food, said the problem lies with the contracts producers made as early as August 2021, before the current run-up in commodity prices. Now, farmers must buy expensive fuel to support these low-paying contracts, he said.

“We have no option but to buy the fuel at the high price,” Cameron said. “Then try and get back wherever we can, but that's pretty hard to do.”

Although California leads the country as the state with the highest average diesel price, farmers from other states said they too are struggling with high fuel prices.

Ron Kindred, vice chairman of the Illinois Soybean Association, said Illinois farmers are unsure what their profit will be this season due to high fuel costs.

He said although his operation does not utilize tillage on most of its farmland, he still predicts high prices will impact his farm’s profitability this year. However, Kindred said he does have a solution that could assist farmers struggling with these costs: producers should use more biodiesel.

Kindred said his operation primarily uses B11, a blend of petroleum and 11% soybeans, animal fats, and recycled cooking grease. The Clean Cities Alternative Fuel Price Report stated in January 2022 that the average cost of B20, a blend of 20% biodiesel, was $0.20 less than conventional diesel per gallon.

“It’s soybean oil that we’re using,” Kindred said. “Why not use what we grow? I mean, it just all makes sense.”

Kindred said his family’s farm began using biodiesel 20 years ago and has benefited from its lower cost. However, prices have doubled in the last year, which Kindred said will cost his operation nearly an additional $15,000.

He said ISA has reached out to lawmakers about the impact high fuel prices will have on consumers. He said the association is working at the state and national levels to advocate for the use of biofuels.

“(We’re trying) to bring awareness of the higher quality that the biodiesel product is today,” said Kindred. “It is a sustainable product.” 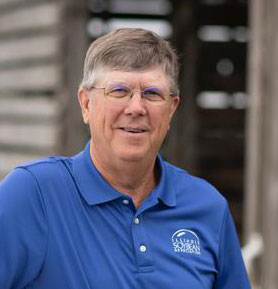 Fuel retailers are also feeling the impact of the volatile marketplace.

CHS Senior Vice President of Refined Fuels Jason Schwantz said the coronavirus pandemic played a large role in the diesel fuel shortage as demand decreased, causing some refineries to shut down. On top of that, he said the increase in demand and the war in Ukraine created a tighter diesel fuel market.

As for the harvest, Schwantz recommends farmers plan ahead through the fall and work with a local cooperative.

“Keep your tanks full,” he said. “I just don't think these prices are going away anytime soon. We're seeing inflation. We're seeing certain pressures on the market. If you look at diesel inventories in the United States, they are at some of the lowest levels that they've been at in quite some time.”

Last week, reports emerged the White House was considering tapping into the Northern Heating Home Oil Reserve due to high diesel prices, reported a White House official to CNN. However, the 1 million barrels of diesel is predicted to have little impact on prices if released.

Kindred proposed lawmakers incentivize the use of higher biodiesel and ethanol blends. He said this incentive would impact the cost of fuel and stretch crude oil supplies.

Don Cameron said although he knows there is no easy solution, he believes California farmers need assistance from lawmakers.

“We need help now,” Cameron said. “I know here in California, we’re having a real tough time, and the fuel just makes it worse.”