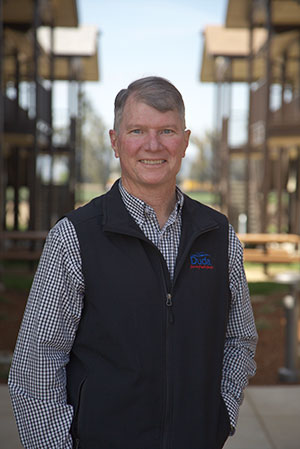 Sammy Duda has been named CEO-elect of DUDA, effective January 1. DUDA’s current CEO, David Duda, has served in this role since 2010 and was the first member of the Duda family’s fourth generation to earn the position. Sammy Duda currently serves as the president of Duda Farm Fresh Foods.

Sakata Seed America has appointed William (Bill) McCarthy as the new director of research and development. McCarthy will assume responsibility for all of Sakata Seed America’s vegetable research and development activity at the company’s R&D stations in Burlington, Washington; Woodland and Salinas, California; Ft. Myers, Florida; and Culiacan, Mexico. He succeeds Jeff Zischke, who is retiring after 32 years with Sakata in roles as tomato breeder, global product manager and senior director of R&D.

The USA Poultry & Egg Export Council has selected Greg Tyler as the council’s president and CEO, effective July 1. He succeeds Jim Sumner, who is retiring after 32 years leading the organization. Tyler has been with USAPEEC for 25 years, starting as director of foreign market development and Asian promotions, then serving as vice president and senior vice president for marketing before being named chief operating officer in July 2020. Sumner will continue to serve USAPEEC as a senior adviser, and he will retain his roles with the International Poultry Council and the World Poultry Foundation. He will also act as the industry’s representative to USDA's Agricultural Policy Advisory Committee and other groups.

Jon Parr, president of Syngenta Global Crop Protection, will retire on Sept. 30 after 35 years with the company. Jeff Rowe has been tapped to succeed Parr. Rowe currently is president of Syngenta’s global seeds business. Justin Wolf will transition into that role from being the regional director of North American seeds.

Mitch Van Kampen has added president to his title at Curious Plot. Van Kampen will continue to serve as chief strategy officer, a position he has held for the last two years.

Anthony Reed has accepted a role with FGS Global’s government affairs group, effective July 12. Reed has spent the last 14 years with Archer-Daniels-Midland Co., where he was the vice president of federal government relations. He also has experience working at the Environmental Protection Agency and on Capitol Hill.

The Global Institute for Food Security at the University of Saskatchewan has hired Nancy Tout as the first chief scientific officer, effective July 18. Tout comes to GIFS from Results Driven Agriculture Research, where she was a research program officer. Before that, she was the interim executive director at AgScape. She also worked for Syngenta Canada for 21 years, most recently as the head of R&D.

The Organic Materials Review Institute has appointed Orsi Dezsi as its new executive director and CEO, effective June 27. Previously, Dezsi was director of product certification in the Food Safety Division at NSF International, where she served nearly 20 years in various roles.

Amy McEvoy has accepted the role of marketing communications manager with BASF Ag Solutions. McEvoy has spent the last 20 years working for Rhea and Kaiser, most recently as the head of earned media. 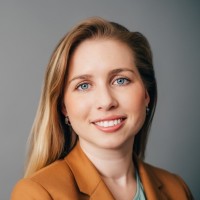 Connor Kippe has joined the National Sustainable Agriculture Coalition as the new policy specialist for NSAC’s Food System Integrity Committee, which focuses on key food safety, labeling, and livestock processing issues. He previously worked at Toxic Free NC as a policy advocate. He was also a climate action organizer at the League of Conservation Voters.

Founder of Sakata Farms, Robert (Bob) Yoshiharu Sakata, died on June 7 at the age of 96. Sakata started Sakata Farms Gourmet Sweet Corn and was known for his innovation in seed development and packaging. His agricultural innovations got him national recognition and an appointment by President Richard Nixon to serve on the advisory board of the Commodity Credit Corp. in 1973. Sakata and his wife Joanna were inducted into the Colorado Business Hall of Fame, Colorado Agriculture Hall of Fame, received the Colorado Proud Lifetime Achievement Award, and hosted Emperor Akihito and Empress Michiko of Japan.