Russian military advances are threatening fields in southern and eastern Ukraine that are some of the most fertile in the country and are located in the country's primary growing regions for winter wheat, according to market analysts and researchers. 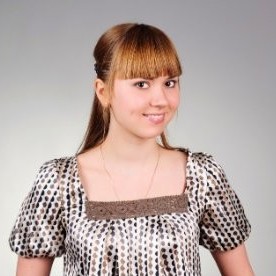 Farmers are harvesting winter wheat in Odesa, a southwest province that has been attacked by Russian missiles, but fields on Ukraine’s eastern provinces are either under occupation or siege.

“After the northern part of Ukraine was liberated in early April, all of the hostilities became concentrated in southern and eastern Ukraine,” says Maryna Marynych, a research analyst for UkrAgroConsult.

Displaying photos of fields pockmarked with blackened blast craters, she added: “As of the end of June, nearly 20% of Ukraine is under occupation, and fields that are close to the frontline look like this."

While 20% of Ukraine may be occupied by Russian forces, more than half the country’s winter wheat fields are considered either occupied or at high risk because of their proximity to the fighting. Large swaths of Ukraine’s most productive wheat-growing area are in Kherson and Zaporizhzhia provinces – or oblasts – but that’s where the heaviest fighting is, and much of the region is under Russian control.

Other war-torn regions like Donetsk, Luhansk and Kharkiv are also significant wheat-growing areas.

With Ukraine’s winter wheat harvest just beginning, UkrAgroConsult is forecasting production at 20 million metric tons, about 38% less than the 32 million tons produced last year and the lowest production since 2012.

Ukraine’s sunflower seed farmers are in much the same situation, because their production is concentrated in the same regions.

It’s much safer to grow corn in Ukraine – the primary region for corn fields is in the north – but production is nonetheless falling sharply this year because of the scarcity and expense of inputs as well as damage done to fields and machinery by retreating Russian forces.

“Corn production is under the biggest uncertainties,” said Marynych, because it’s the most dependent on the availability of inputs.

War in Ukraine drives EU to flip the script on production versus conservation
Ukraine war throws world corn and wheat supplies in doubt
Ukraine struggles to export corn and wheat on railways, roads and rivers

The winter wheat that Ukraine is harvesting this year was planted well before the Russian invasion began. Farmers likely will have to decide amid an ongoing war what they will plant for next year's crop.

The lack of storage capacity and the continued inability of most to export their grains also are considerations for farmers, said Maksym Kharchenko, another research analyst for UkrAgroConsult.

The U.S., Canada, Japan and other nations are rushing to try to get temporary storage solutions to Ukraine while the country’s ag ministry is reaching out to manufacturers in countries like Australia to source even more, but Kharchenko said it won’t be enough.

One firm in Australia has refused to even take orders for the massive plastic bags because it can’t meet demand, he said.

About 7 million metric tons of storage capacity – roughly 15% of the total capacity in Ukraine – lies in occupied territory of Donetsk, Luhansk, Kharkiv, Kherson and Zaporizhzhia and is completely cut off from farmers.

“According to our estimates, taking into account the slow pace of exports and new harvests, the shortage of storage facilities may reach 10-15 million tons, but more than half of this deficit could be covered with big silo bags and grain containment systems,” Kharchenko said.

Ukraine continues to do what it can to export some of those stocks to the south, through Romania, and to the west, through Poland, Lithuania and Latvia despite many logistical problems.