A new report from five United Nations agencies is calling on governments to rethink the way they subsidize farmers. The report says subsidies should be reoriented toward encouraging farmers to grow more nutritious foods.

The report cited a study showing that 56% of all calories consumed in the U.S. were from subsidized food commodities — corn, soy, rice, wheat, sorghum, dairy and livestock. The share was higher, between 66% and 100%, among people who are less educated and less food secure.

“Positive gains could be made in terms of human health through increased consumption of nutritious foods, including fruits and vegetables, nuts, seeds and pulses,” the report says. “Repurposing half or all subsidies to nutritious foods is found to lead to hundreds of thousands of fewer diet-related deaths and reductions in [greenhouse gas] emissions.” 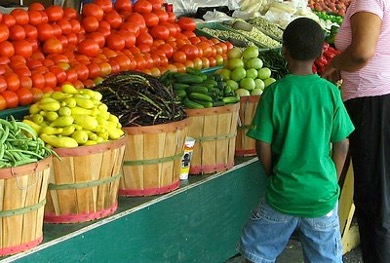 But, but, but: In the U.S., the fruit and vegetable sector has traditionally been wary of subsidizing growers directly. Instead, the sector’s priorities have included research funding and expansion of risk management tools and nutrition assistance programs.

Take note: The report found that globally, the combination of conflict, climate change and worsening economic conditions has increased hunger to the point where it’s doubtful the UN will achieve its goal of zero hunger by 2030.

About 2.3 billion people in the world – nearly three out of every 10 persons – were moderately or severely food insecure in 2021, the report said. That’s 350 million more people compared to before the start of the COVID pandemic.

Initial fears that Brazilian farmers would suffer because of difficulties accessing fertilizer from Russia and Belarus have proven wrong, according to a new report from USDA’s Foreign Agricultural Service.

Brazil, which imports about 85% of its fertilizer needs from Russia, Canada, China, Morocco, the United States, and Belarus, has increased purchases this year, and FAS has raised its forecast for yields.

Brazil’s fertilizer imports from Russia in May were 63% higher than the same month last year, according to FAS. The agency now estimates Brazil will produce 120 million metric tons of corn this year – up from 116 million last year.

Brazil’s second and largest corn harvest this year – the safrinha – is well under way, according to the consulting firm AgRural. The harvest in the center-south region that includes the largest-producing state of Mato Grosso is 31% complete as high temperatures push farmers to work faster.

Endangered Species Act regulations adopted during the Trump administration have been vacated by a federal judge despite requests by the Fish and Wildlife Service and National Marine Fisheries Service to keep them in place temporarily.

“The services themselves concede that they ‘have substantial concerns with the 2019 ESA rules,” which reduced protections for species listed as threatened and weakened what is called the “jeopardy” standard for assessing impacts from federal projects, U.S. District Judge Jon Tigar said in his 11-page ruling.

“With this court ruling, the services can finally get on with the business of protecting and recovering imperiled species,” said Noah Greenwald, endangered species director at the Center for Biological Diversity, one of the groups that challenged the new rules in court.

The Humane Society of the United States is tracking major food service companies around the country to see whether and how fast they’re moving away from meat and dairy products. So far, the major companies moving in that direction include Sodexo, which serves many military installations and federal facilities as well as universities.

According to HSUS’ Protein Sustainability Scorecard, Sodexo is committed to an overall target of 33% plant-based menus by 2025. The company’s campus sites have a more ambitious goal of 42% plant-based offerings by 2025.

Elior North America, whose clients include schools, universities, businesses and hospitals, is pledging that half of its offerings will be meatless by 2025.

On the other hand: HSUS gave industry giants Aramark and Compass Group grades of C. Aramark hasn’t set targets for plant-based products but does claim to have created more than 400 new plant-based recipes. Guest Services, which didn’t respond to an HSUS survey, was among the firms that got an F.

Planners for the upcoming White House hunger and nutrition conference may want to take note of a new report from USDA. The Economic Research Service says the obesity rate rose three percentage points in the first year of the COVID pandemic, an ominous finding considering that obesity is a risk factor for severe cases of COVID.

Take note: The White House conference will take place in September. The administration held a series of regional listening sessions in June to gather input from the public.

He said it: “This must be our wake-up call! Our emergency call!” That was a statement released Wednesday by FAO Director General Qu Dongyu, reacting to new numbers showing hunger levels rose sharply in 2021.