U.S. Grains Council President and CEO Ryan LeGrand is optimistic about most markets but frustrated over decrees from Mexico and trade decisions in Colombia.

Speaking at the council’s annual meeting in Sacramento on Monday, LeGrand shared excitement about his recent trip to Morocco and Tunisia, where he saw firsthand the potential for U.S. feed grains and other products in the region and growing dairy and poultry markets in East and West Africa.

“We want to foster the development of a vibrant and growing meat industry in sub-Saharan Africa,” said LeGrand. “It was critical to solidify and strengthen our partnerships through face-to-face interactions.”

Feeding trials in Indonesia, meanwhile, are showing yet another emerging market for U.S. distiller’s grains for poultry. He called China another shining star, since it is the top importer of U.S. corn and sorghum, though he noted it was concerning the country has agreed to import Brazilian corn and is causing global grain flows to shift.

The United Kingdom has seen “serious growth” in U.S. ethanol demand, he said, helping the country to meet a commitment to achieve zero emissions by 2050.

Ethanol consumption and export demand have returned, with sales up nearly 10% and on pace to surpass 1.5 billion gallons for exports in the current marketing year — the second highest on record. Consumption of the renewable fuel product is growing in Japan, South Korea and Taiwan to meet carbon reduction and neutrality goals, with Japan committing to double its ethanol demand by 2030, after importing 84 million gallons this year. 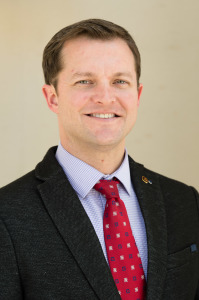 USGC President and CEO Ryan LeGrand“This is a major success, considering Japan was not importing any ethanol just a couple of years ago,” said LeGrand. “I just returned from there on Friday night and was pretty encouraged by some of the things I saw. We have a chance to increase our market share and increase our sales there even more.”

To ease inflationary pressures, Brazil and the Philippines will reduce tariffs on U.S. ethanol and corn respectively, offering an avenue to maintain free and fair trade, along with projected growth in volume for consumption.

“The world's looking for carbon reduction solutions,” said LeGrand. “U.S. ethanol will be a part of that conversation.”

Regarding certifying U.S. corn as sustainable, he announced that a new website will soon be issuing sustainability certificates ahead of the council’s February meeting.

USGC also established a physical office in India this month, an effort years in the making. The operations will extend to Bangladesh, Nepal, Pakistan and Sri Lanka.

The council is also planning another Export Exchange event. That gathering, most recently held in 2018, is a joint project between the council and biofuel groups Growth Energy and the Renewable Fuels Association, but had been put on hold due to the pandemic. The flagship event for the council will take place on Oct. 12-14 in Minneapolis and provide opportunities to build market relationships on barley, corn, sorghum and other commodities. The last exchange had combined ethanol and grain sales of $400 million.

Then LeGrand dove into a reality check, as he bashed leftist Colombian President Iván Duque Márquez for seeking to renegotiate a free-trade agreement with the country, while the U.S. exporters deal with a review of countervailing duties in Colombia.

“Our arguments in this case are strong,” he said of the review. “These decisions in these cases can sometimes be politically driven. We'll see if Colombia's new president gets involved or if the case is allowed to be settled on its merits.”

Mexico’s decrees on GMOs and glyphosate — set to take effect in 2024 — are causing frustrations for growers as well, even though imports of U.S. corn and the herbicide are at record levels.

Mexico completed an energy transition to privatize the oil and gas industry in 2018, the year President Andrés Manuel López Obrador gained office and began to reverse the trend by returning authority to the state-owned electric company, explained LeGrand. The U.S. viewed that as a violation of the U.S.-Mexico-Canada Agreement for failing to provide free and fair competition for all players in the energy sector.

“His reaction has been pretty childish, actually,” said LeGrand, who was USGC's representative in Mexico before becoming CEO in 2019. “Just not what you would expect out of a world leader. He's really pledging to fight this when he's clearly violating USMCA.”

But the GMO decree is “really up in the air,” since Obrador gave assurances to Agriculture Secretary Tom Vilsack and U.S. Trade Representative Katherine Tai that yellow corn for animal feed will not be blocked. Another “major gray area” is yellow corn for processing into fructose for starches and sweeteners. The U.S. had also been shipping 30-40 million bushels of white corn to Mexico every year.

Yet Obrador has taken to social media recently with declarations of banning GMO corn, with no carveouts.

“There may be a case in the future if they try to enact this,” said LeGrand. “But it wouldn't be without a lot of damage to our industry and to theirs.”

While the country has yet to block any grain shipments, Mexico is not approving new trades and even rejecting some — actions LeGrand sees as already violating USMCA.

Several of the conference discussions covered disheartening accounts of the strife surrounding the war in Ukraine. Yuval Weber, a senior adviser at The Asia Group, predicted the war will last a long time with little hope for a lasting cease-fire.

“The big question is just how much of that harvest will Ukraine be able to export [through the war-torn Black Sea region] and how that affects our exports to the world,” said LeGrand.